To mark International Women’s Day, on Monday 8th March from 1230-1330, the British Chamber of Commerce in Japan and the British Embassy Tokyo will host a discussion on the challenges facing women in business and trade, both in the UK and Japan. This discussion is especially pertinent given the UK and Japanese Governments’ recent renewed commitment to Women’s Economic Empowerment in a standalone chapter of the new Comprehensive Economic Partnership Agreement (CEPA) which came into force earlier this year. The event will provide a forum to discuss current challenges; share best practice; and explore potential solutions for both the UK and Japan.

Women leaders in British chambers of commerce in Taipei, Shanghai, Beijing, Singapore and Japan shared their expertise on mentoring on April 17 in the first multination British chamber webinar. Some 80 members from across the region joined the event, which covered tips for mentors and mentees along every step of the mentorship process, from pairing and development of a mutually beneficial relationship to evaluation and feedback. “Rugby is a growing, thriving, global sport because it is inclusive and fosters diversity at all levels,” Rob Abernethy told attendees of the BCCJ’s “Diversity in Rugby” luncheon in Tokyo, on March 26. The executive director of Rugby World Cup (RWC) 2019 was speaking at the second event of the Rugby Alliance, a coalition of eight Japan-based foreign chambers of commerce that was set up last year to help the RWC Organising Committee deliver a legacy. As the longest global sporting event, at 44 days’ duration, and with 12 host cities spanning Hokkaido to Kyushu, a fundamental aspect of the legacy is the development of grassroots rugby across the country. Abernethy expressed hope of a positive reception because rugby “is a game for all shapes and sizes, genders, ages and abilities” thanks to its variety of formats, including tag, touch, wheelchair, sevens and fifteens. 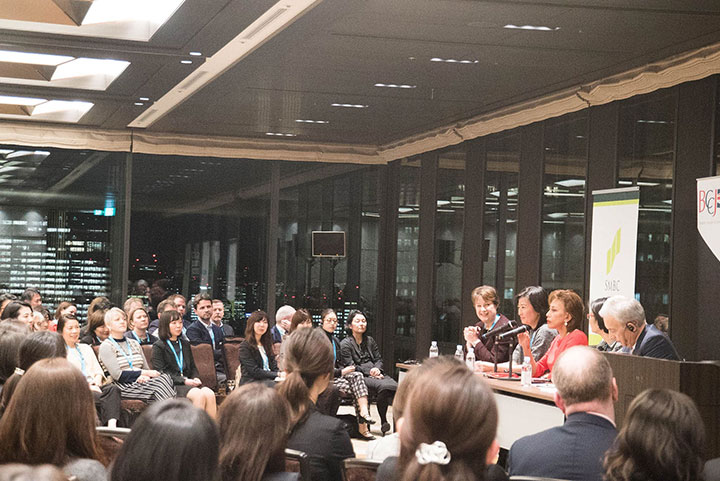 Women in Leadership: Accessing Senior Roles as a Woman

On September 14, Helen Woods, managing director of international services provider Equiom Solutions, held an interactive roundtable with BCCJ members on the topic of “Women in Leadership.” Visiting Tokyo on a tour of the firm’s Asia offices, Woods drew on her 25-year background in the tax planning industry and experience of managing Equiom’s global team of tax professionals to start a conversation on career development, management skills and work-life balance for women.

Lessons on mentoring from women across Asia

Women leaders in British chambers of commerce in Taipei, Shanghai, Beijing, Singapore and Japan shared their expertise on mentoring on April 17 in the first multination British chamber webinar. Some 80 members from across the region joined the event, which covered tips for mentors and mentees along every step of the mentorship process, from pairing and development of a mutually beneficial relationship to evaluation and feedback. 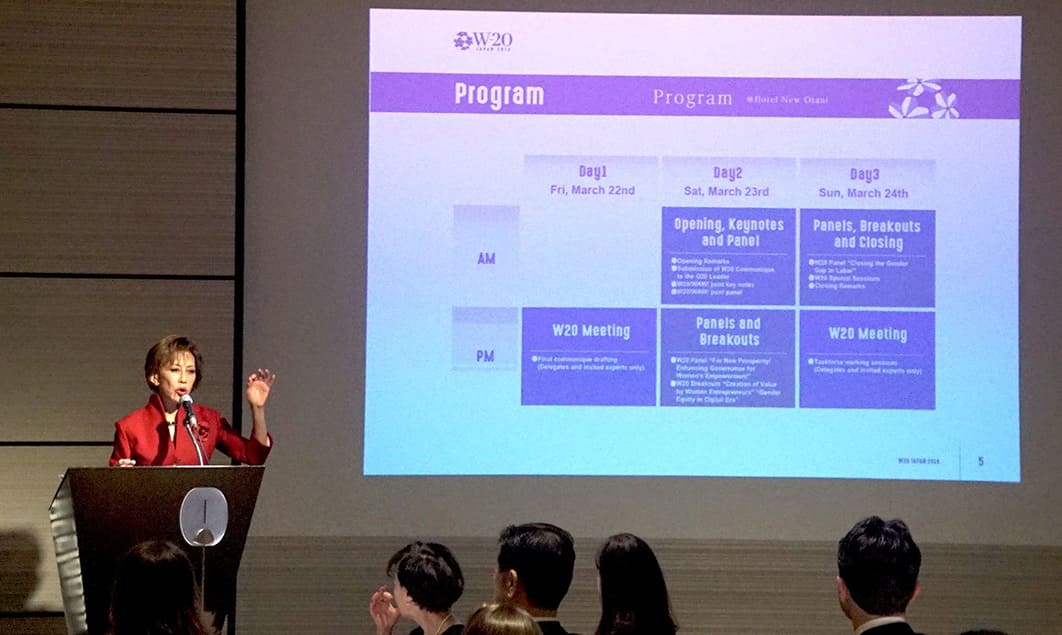 The co-chair of the W20 engagement group, which proposes women-related policy recommendations to the G20, has called on BCCJ members to be pioneers for female empowerment through individual actions. Speaking at a BCCJ workshop about the W20 summit held in Tokyo on March 23–24, Haruno Yoshida presented digitalisation as a “gamechanger” for advancing gender equality globally. As the summit brought together 1,000 female leaders from across the globe, she said it builds momentum on female labour participation among the 2.3 billion women living in the G20 group of nations. 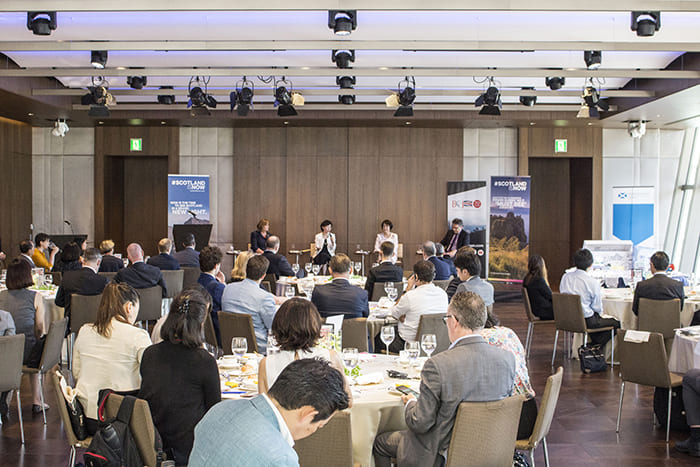 The Scottish and Japanese governments share a solution to the ageing population in their respective countries: boost the participation of their working age citizens through diversity and inclusion (D&I), to drive sustainable economic growth. And corporations in both countries have lauded the potential of D&I to spark creativity, innovation, productivity and, ultimately, business success. Yet, implementation of D&I initiatives has been slow, and the results mixed. The BCCJ invited representatives of three D&I success stories to speak to members on 3rd July at its luncheon, “21st Century Solutions: D&I in 2018.” The speakers were Mayor of Yokohama Fumiko Hayashi, whose policies eliminated nursery waiting lists in the city; Kaori Sasaki, founder of the International Conference for Women in Business, Japan’s largest women’s conference; and Fiona Hyslop, Cabinet Secretary for Culture, Tourism and External Affairs in the Scottish government, which enjoys a 50:50 gender-balanced cabinet. 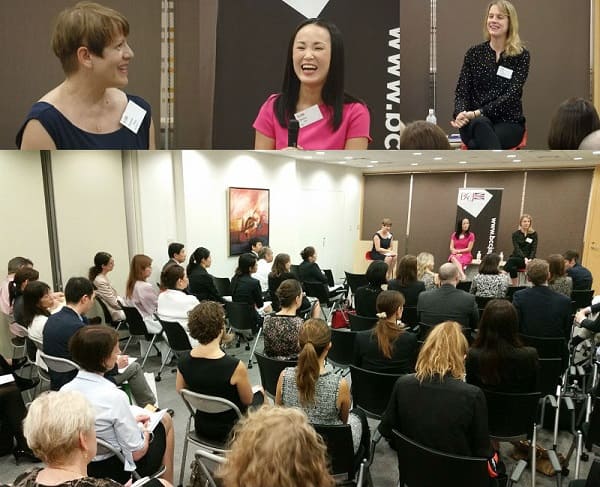 Womenomics at a Crossroads

The BCCJ is fully committed to supporting diversity and inclusion (D&I) in the workplace. On Sep 10, as part of our D&I programme of events we hosted “Womenomics at a Crossroads”. BCCJ members and invited guests heard from BBC World News Reporter, Mariko Oi, who was the first Japanese national to report for the BBC, and Professor Danielle George, Engineering professor and Associate Dean at the University of Manchester, who last year became only the sixth woman to present the Royal Institute’s Christmas Lectures in its 180-year history. The session was moderated by Suzanne Price, Representative Director of Price Global, a consultancy firm that designs, facilitates and implements diversity and inclusion training initiatives in multi-national companies. 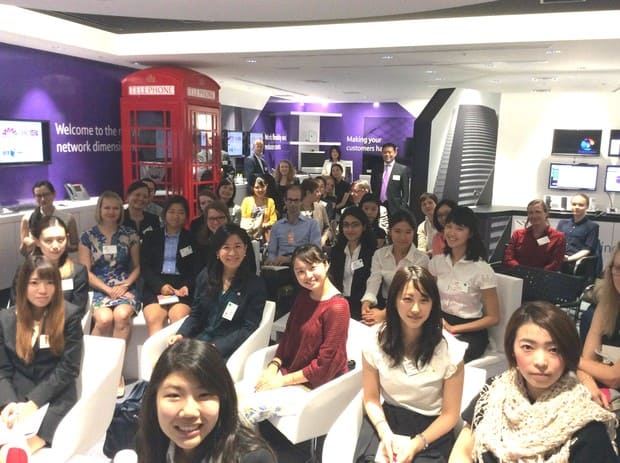 What women really want from womenomics

Over 60 people attended the British Chamber of Commerce in Japan (BCCJ) event, “What do we really want? Women and Womenomics”, at the BT Japan offices in Ark Hills this morning. The event, run in support of the Ministry of Foreign Affair’s “Shine Weeks” initiative, and supported by the British Embassy Tokyo, brought together a panel of three female executives and a variety of BCCJ member organisations, as well as 18 students and interns from the British School in Tokyo, the Tomodachi Programme, Waseda University, the University of Oxford, the University of Leeds, the EU delegation to Japan, Refugees International Japan, and others. The Shine Weeks initiative, backed by the Government of Japan, Keidanren, The Nikkei, The Japan Institute of International Affairs and the Japan Center for Economic Research, is aimed at exploring how increasing female participation in the workforce will boost economic growth.