Women in Leadership: Accessing Senior Roles as a Woman 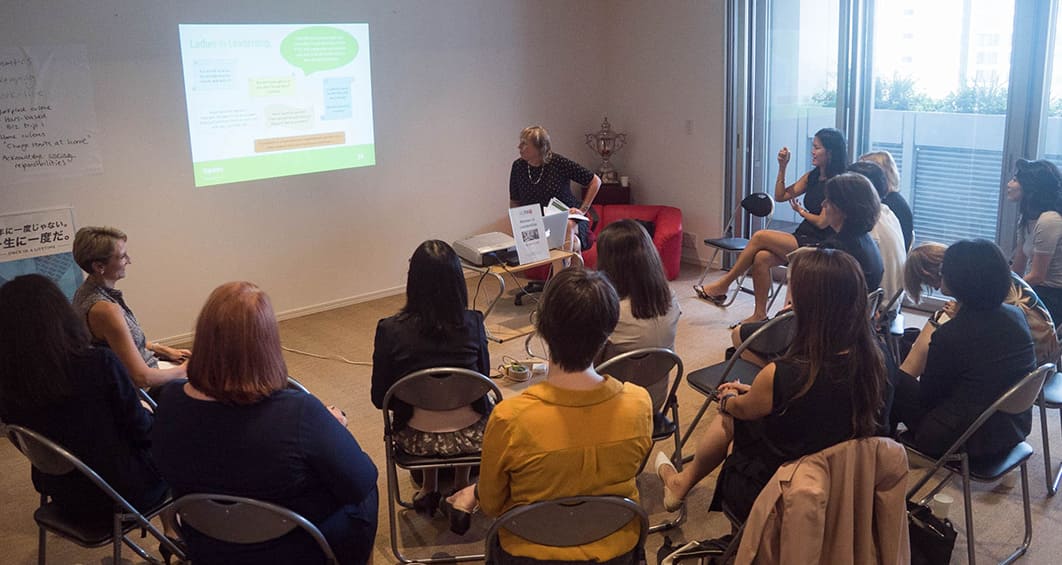 On September 14, Helen Woods, managing director of international services provider Equiom Solutions, held an interactive roundtable with BCCJ members on the topic of “Women in Leadership.” Visiting Tokyo on a tour of the firm’s Asia offices, Woods drew on her 25-year background in the tax planning industry and experience of managing Equiom’s global team of tax professionals to start a conversation on career development, management skills and work-life balance for women.

The event marked the launch of a series of female-focused events to be hosted by the BCCJ in the coming months in response to feedback from members requesting more events led by women.

Woods began by outlining the male to female ratio at each pay grade in Equiom. At the firm’s headquarters in the Isle of Man, where there are 210 staff, more women than men are in assistant manager or manager positions, but there are merely a handful of female senior managers and directors. Meanwhile, most administrative roles, many of which are part-time, are held by women.

The trend is reflected in the firm’s offices in America, Asia, the Middle East and Australasia, although they have slightly more women at senior and director level.

The main reason for the lack of women in leadership roles is family commitments, according to Woods. On returning to work after childbirth, women may feel less able to devote time to their career due to personal reasons or societal pressure, or they may feel like they have lost the opportunity to be promoted; they need to catch up on or learn about industry developments that happened while they were on maternity leave. Alternatively, women may seek a part-time role from the outset in anticipation of having children, limiting them to administrative work.

To combat these issues, Equiom provides time off for antenatal treatment and encourages staff on maternity leave to keep in touch by coming into the office sometimes. Flexible working, for example school hours or a 4-day week, and remote working are also in place.

While Woods admits there is “still a way to go” to achieve gender diversity in the most senior roles, she says progress is being made. More than 40 women were promoted at the Isle of Man office in 2017.

Attendees suggested that attitudes need to change for more women to attain senior positions, including the perception that working mothers should not be considered for promotion as they are likely to have more children. Society should also accept that it is not only women who can provide childcare or manage household tasks. This is particularly important in Japan, noted one member, where women tend to take on the “mental load” of caring for the family. 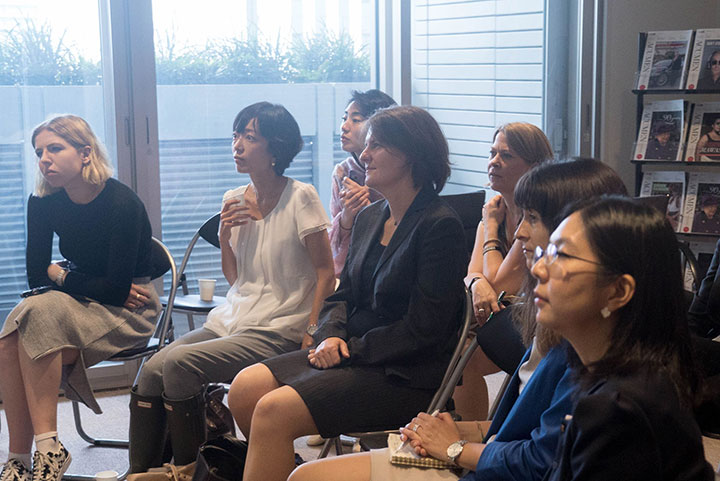 But women need to take charge of developing their careers, too, by having confidence in their abilities and being willing to take risks, Woods explained.

“Men are very good at selling themselves. When given a challenge, they say ‘Of course I can do it’ whether or not they have the qualifications,” she said, adding that women, on the other hand, tend not to do this. “We’re not helping ourselves to progress. Men are better at saying they’ll give [something] a go.”

To counteract this trait, one BCCJ member shared that her company asked its female staff during appraisals how they want their career to develop. She suggested that managers need to be trained to ensure potential women leaders don’t get overlooked because they haven’t been active in pursuing a promotion.

Woods, in fact, was one of these women. In her early career, she never thought about being promoted; she wanted simply to do a good job and thought that her bosses would notice her if she was good at her work. As she progressed to more senior positions, she saw her potential and recognised that advocating for yourself is critical to being promoted.

She encouraged attendees to develop executive leadership skills without fear of being considered bossy—a trait seldom applied to male bosses—and said that women’s emotional intelligence and empathy is useful in a leadership role. She believes that managing her portfolio and staff are the most important parts of her job. Doing that effectively means utilising an open-door policy and engaging with all staff in some way on her Monday mornings.

“I get huge enjoyment out of making sure the staff are happy. I think if you keep your staff happy, you’ll keep your clients happy,” she said.