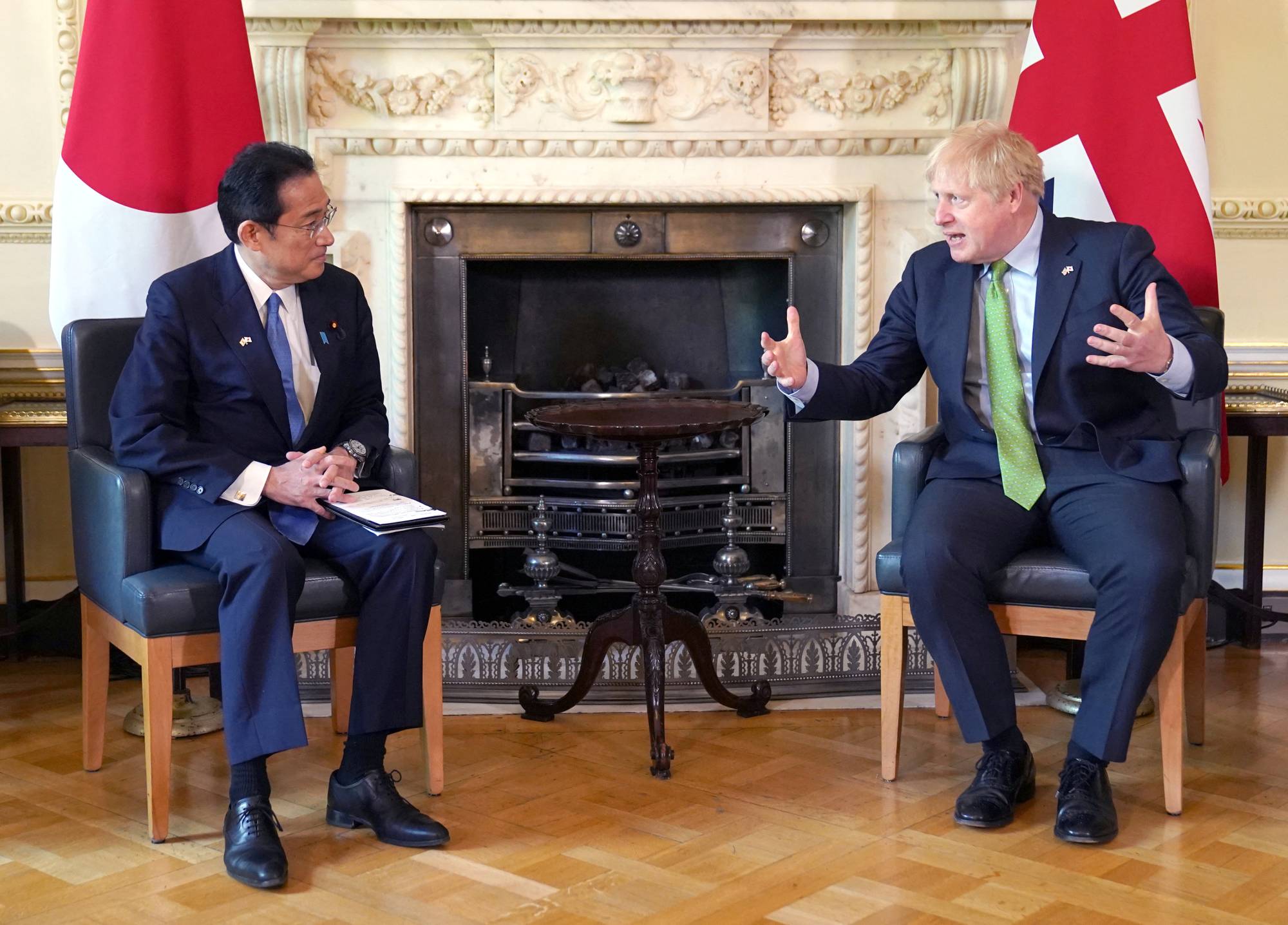 The Prime Minister hosted his Japanese counterpart on May 5 to deepen the UK’s relationship with its closest Asian security partner, and rapidly accelerate collaboration across defence, trade and green energy.

The leaders agreed in principle a Reciprocal Access Agreement, allowing Japanese and British forces to work, exercise and operate together, boosting the UK’s commitment to the Indo-Pacific and further safeguarding global peace and security. The UK will be the first European country to have such an agreement with Japan.

The landmark defence partnership, which will see UK and Japanese Armed Forces deploy together to carry out training, joint exercises and disaster relief activities, will build on our already close collaboration on defence and security technology, such as the Future Combat Air System programme.

Symbolic of the UK and Japan’s close ties, the leaders observed a Royal Air Force fly past and inspected a Guard of Honour as part of the official welcome to the United Kingdom for Prime Minister Kishida. Prime Minister Boris Johnson said:

As two great island democracies, and the third and fifth largest economies in the world, the UK and Japan are focussed on driving growth, creating highly skilled jobs and ensuring we remain technology superpowers.

The visit of Prime Minister Kishida will help accelerate our close defence relationship and build on our trade partnership to boost major infrastructure projects across the country – supporting our levelling up agenda.

As two G7 leaders and each other’s closest security partners in Asia and Europe respectively, tomorrow’s bilateral meetings are expected to focus on Russia’s illegal invasion of Ukraine, and how international alliances can continue to exert maximum pressure on President Putin’s regime while supporting Ukraine and other European countries affected by the barbaric invasion.

They are also agreed closer collaboration as part of the UK’s Clean Green Initiative, allowing the UK and Japan to work together to support countries in Asia develop renewables, supporting their transition to green energy and helping to provide alternative supplies to Russian oil and gas.

Greg Clark MP has been chosen to spearhead the next chapter between the UK and Japan, as Japanese companies invest billions of pounds into the UK economy through major infrastructure projects, including windfarms and high speed rail. The announcement comes as the UK negotiates accession to CPTPP, an Indo-Pacific trade block worth $11trn. Japan is chair of the UK accession working group to CPTPP.