Known as the gateway to Tohoku, Miyagi Prefecture in the south of the region has a population of 2,305,596 and a geographic area of 7,282 km2.

Also dubbed the “Land of Contrasts,” Miyagi seems to have it all – the bustling capital city of Sendai, the picturesque islands of Matsushima Bay, the coastal landscape and world-class seafood of Sanriku, the rice fields and vibrant wetlands of northern Miyagi, and the iconic crater lake, “snow monsters” and Fox Village at Mount Zao.

Miyagi is accessible via 90-minute bullet train ride from Tokyo, and by regular direct flights from all major Japanese cities, as well as from Seoul, Shanghai and Taipei.

Although Miyagi Prefecture has a significant amount of fishing and agriculture, and produces a great deal of rice and livestock, it is dominated by the manufacturing industries around Sendai, particularly electronics, appliances, and food processing.

A Virtual Tour of Ishinomaki

To introduce us to local delicacies in Miyagi, BCCJ member and local Ishinomaki partner of the BCCJ’s B2B Initiative for Tohoku Kyoko Sasaki takes us on a virtual tour of some of the best local restaurants and produce spots, in Ishinomaki and Onagawa.

We are incredibly grateful for Kyoko’s contribution to Tohoku Week and are delighted to see some familiar faces from Ishinomaki popping up onscreen!

To find out more about various other local fish markets in Miyagi, visit https://visitmiyagi.com/feature/miyagi-fish-markets/

Mynavi Sendai (previously known as Vegalta Sendai Ladies) is a football club whose roots can be traced to TEPCO in Fukushima.

Mihoko Terada long-term colleague of the BCCJ, particularly through her work with the Taylor Anderson Memorial Fund says, “After TEPCO closed its women’s soccer team “Marize”, Vegalta Sendai founded a women’s section to save those promising players. Last year, the club was acquired by Mynavi. The team currently competes in the Nadeshiko League’s first division, and will be joining the Women’s Empowerment league, Japan’s new professional women’s soccer league whose opening game will be held on Sunday, 12 September 2021 when Mynavi Sendai will meet Nojima Stella Kanagawa Sagamihara at Your Tech Stadium Sendai.” The team’s management says “Through this professional soccer team, we give many people, especially women, hope to live a more positive life, and contribute to the formation of a healthy society. In addition, we will continue our efforts to make the local people smile as a symbol of reconstruction, inheriting the tradition of the team that has been operating in the area that experienced the Great East Japan Earthquake”.

We were very pleased to hear that small business owners from Onagawa’s Chime of Hope temporary shopping area – which was a recipient of the BCCJ’s Back to Business Initiative for Tohoku, and enjoyed a visit from HRH The Duke of Cambridge in 2015 – have moved to their own premises.

Choco Sakimura, a local volunteer who the BCCJ worked with during the 3/11 disaster emergency relief phase via NPO It’s Not Just Mud, explains, “Bell shotengai is gone! Everyone who is business at the temporary shop moved to new places. Onagawa has completely changed in 10 years! Please come here when things get back to normal! 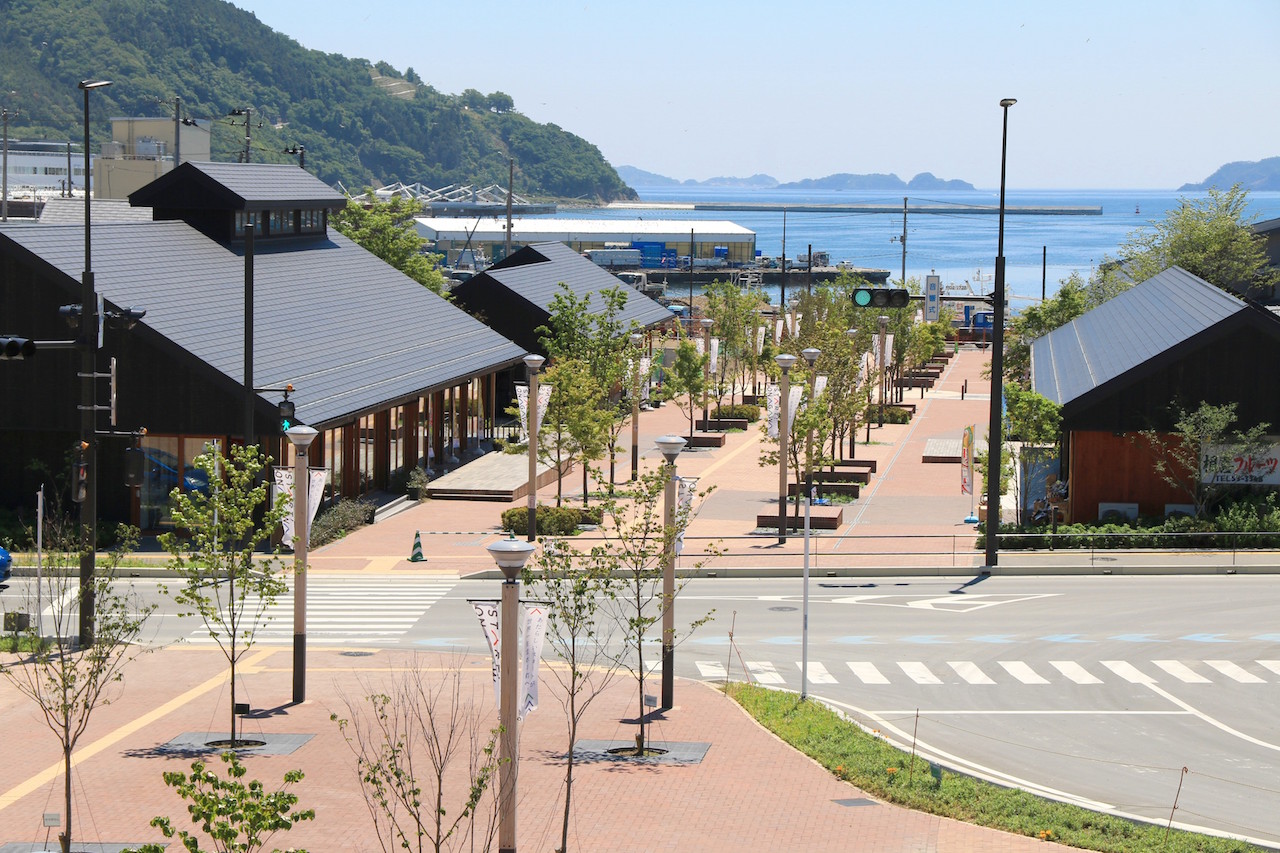 Anyone who volunteered with the BCCJ in Miyagi from 2011-2015 will no doubt agree that after an incredible revitalisation effort Onagawa bayside is now unrecognisable, as a beautiful pedestrianised shopping area.

Students from Sugiyama Jogakuen University, led by Professor Tochikubo, have been creating videos documenting the reconstruction efforts and progress made in two of the most affected cities in Miyagi, Ishinomaki and Onagawa, since 2014.

British YouTuber and BCCJ supporter Chris Broad, known online as Abroad in Japan, is a 31-year old British filmmaker, podcast host, and former Assistant Language Teacher. He focuses on the creation of videos about Japanese culture, Japanese food and travel in Japan, primarily in the Tōhoku region.

Chris has a YouTube following of over 2.2million viewers. In the video below he highlights inspiring stories of local Tohoku people and businesses who have demonstrated creativity and resilience in rebuilding their lives since the 3/11 disaster, including the story of a destroyed farm that went on to cultivate Japan’s most expensive strawberries – Migaki Ichigo.

Also featured is Fishermen Japan, a collective of local experienced fishermen who in the aftermath of 3/11 worked to rebrand the sector and encourage new recruits, in interesting ways. “Fisherman Call” was the kick-off marketing campaign via which one could set one’s phone alarm and receive a wake-up call from an individual fisherman in Miyagi. The campaign received over 6000 wake-up call requests (80% from women), and in the end could make calls to around 30 potential recruits. Fishermen Japan now runs a restaurant in Tokyo, which serves fresh seafood from Miyagi and other prefectures. 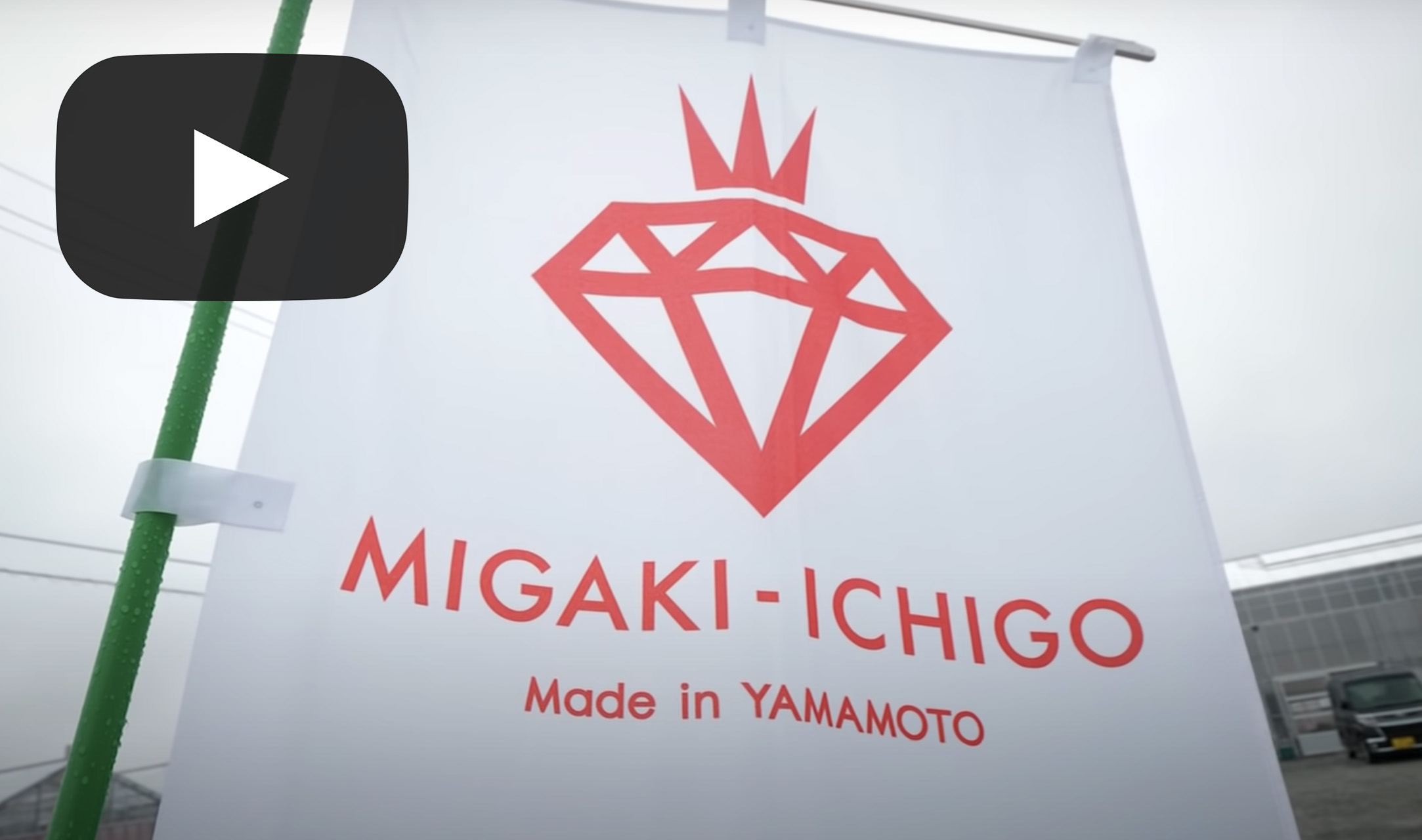 We encourage you to learn more about and visit Miyagi once COVID-19 restrictions are lifted!

Learn more about Tohoku with the BCCJ, guided by local voices from the region.

We hope you will join our journey throughout Tohoku Week, and do please get in touch with any connections you might have to stories, people, or businesses from the region, for us to include in communications going forward.