AstraZeneca Japan (AZKK) dreams of influencing firms to follow in its footsteps on sustainability, and exposure from its latest accolade is sure to help realise that aspiration. The pharmaceutical company won a 2021 British Business Award in the category of Responsible Business at the British Chamber of Commerce in Japan’s annual gala on November 5.

Held in hybrid format for the first time, with attendees at both the British Embassy, Tokyo, and online, the event recognised AZKK for its Ambition Zero Carbon plan and co-development of a not-for-profit COVID-19 vaccine. The BCCJ Platinum Member was among six organisations awarded by esteemed judges within the UK–Japan community, hailing from business, government and sport.

Stefan Woxström, president and representative director of AZKK, said the BBA is recognition for everyone at the firm who is working hard on responsible business initiatives, which include activities related to the environment, internal engagement and community interaction.

While AZKK has long been striving to be more sustainable, work in this area has accelerated in the past couple of years, spurred on by the Ambition Zero Carbon declaration in January 2020. Under this plan, the firm is aiming for zero carbon emissions from operations by 2025 and to obtain a carbon negative value chain by 2030, thereby bringing forward decarbonisation intentions by more than a decade.

“We’ve done a lot on sustainability in the company’s history. Now, we’re starting to analyse our carbon footprint and how we can reduce it—and quickly,” said Woxström.

The first step was to make the firm’s offices carbon zero. In May, AZKK relocated to a new Tokyo office with a contract to buy hydroelectric power directly from its producer in Niigata Prefecture. From September 2022, its headquarters in Osaka will also be supplied by a renewable energy provider.

Speaking of the move, Woxström said “symbolically, it means a lot. If we can do it, others can be inspired to do it. And that’s the most important thing … if one company follows us, we’re doubling our efforts.”

With field work another critical aspect of AZKK’s carbon footprint, Woxström encourages new critical thinking about employees’ electric vehicle use, since it remains unclear if the electricity used for power is created by burning fossil fuels. The firm therefore considers not only how much energy should be offset from the use of the vehicles, but also whether a car is required for the task. Alternative solutions include shared cars and car pools or, in the case of urban areas like Tokyo or Osaka, using public transport.

Work also continues in responsible business initiatives that are “tangible” and encourage all employees to contribute, he said. All vending machines dispensing PET-bottled drinks have been removed in an effort to encourage employees to bring their own water bottles to work. A related mymizu (my water) challenge recorded the consumption of drinks using refill stations with reusable bottles or cups instead of purchased PET-bottled drinks. This move has led to more than 9,000 PET bottles being saved by AZKK per month. In daily operations, employees have been asked to reduce their paper consumption and only print if necessary. The millions of sheets that have been saved in the past year, if piled up, would be higher than Tokyo Tower.

AZKK also works with the NPO Musubie, which runs Kodomo Shokudo across Japan. These cafeterias provide free or low-priced meals to children, including those living in difficulty, and education on healthy eating. In the future, every employee of AZKK will have the opportunity to participate in volunteer activities at the centres, again providing them with a tangible way they can support the community.

AZKK has been inspiring each of its 3,300 employees across Japan to share their ideas on improving the company. Named Speak Up, the programme aims to instil the importance of diversity of thinking and foster innovation. It was first revealed in November 2019 in Kobe, where all staff gathered at a football stadium for a day dedicated to the AZKK strategy. After outlining the details of the programme, everyone was invited to consider how it could be attained. The goal was to receive three ideas on average from each team member, resulting in about 10,000 ideas. Instead, 28,000 ideas were generated.

“People felt engaged and valued—that we are investing in everyone,” said Woxström. “Everyone is equally important. We need everyone to start talking otherwise we can’t innovate—and we need small innovations everywhere in our organisation.”

As a result of the kick-off event, 120 staff were identified as accelerators of AZKK’s Speak Up culture and tasked with creating a safe space for individuals, groups and teams to have a culture of speaking their mind without fear of criticism, ridicule or failure. Today, people managers continue to educate and remind staff of the company’s strategy so they can better contribute to it. Furthermore, the ideas that are implemented are communicated internally, so people see how they can make a difference.

The firm enjoys diversity of thought throughout operations, too. One third of positions of director-level and above are held by women and close to 50% of the leadership team is female. Moreover, two of the three business area heads are women. The combined result, said Woxström, is that both women and men are making business-critical decisions, thereby improving performance and “sending a signal through the organisation” on diversity.

Realising the challenge of obtaining a carbon neutral value chain by 2030, given its vast number of vendors, AZKK has stepped up efforts to be a voice for change on sustainability.

“We cannot [meet the target] unless Japan makes some changes, so we have put together a white paper that we’re going to hand over to the government before the end of this year,” he said, adding that it is tailor-made for Japan rather than a copy of the one AstraZeneca plc has sent to Westminster.

The report calls for five things: clean and affordable energy, electric vehicle transport with infrastructure, a net zero patient-centric health system, long-term clarity on fiscal policy related to the environment and public awareness combined with government leadership. Specifically, for example, 4.7% of Japan’s emissions are from healthcare, so the report questions if Japan’s policy of longer hospitalisation periods could be reconsidered.

In 2021, AstraZeneca released 2bn doses of its COVID-19 vaccine, co-developed with the University of Oxford. In Japan, AZKK is on target to supply 120mn doses to the Japanese government, which are being distributed nationwide and donated—directly and through COVAX—to many countries around the globe.

“We’re proud that we have provided broad and equitable access to the vaccine at no profit,” said Woxström, adding that the Omicron variant demonstrates the need to keep going in order to vaccinate the world.

Looking ahead, Woxström said AZKK will continue to put patients first and drive innovation, supporting the healthcare system while enabling staff to work in a safe and secure environment. 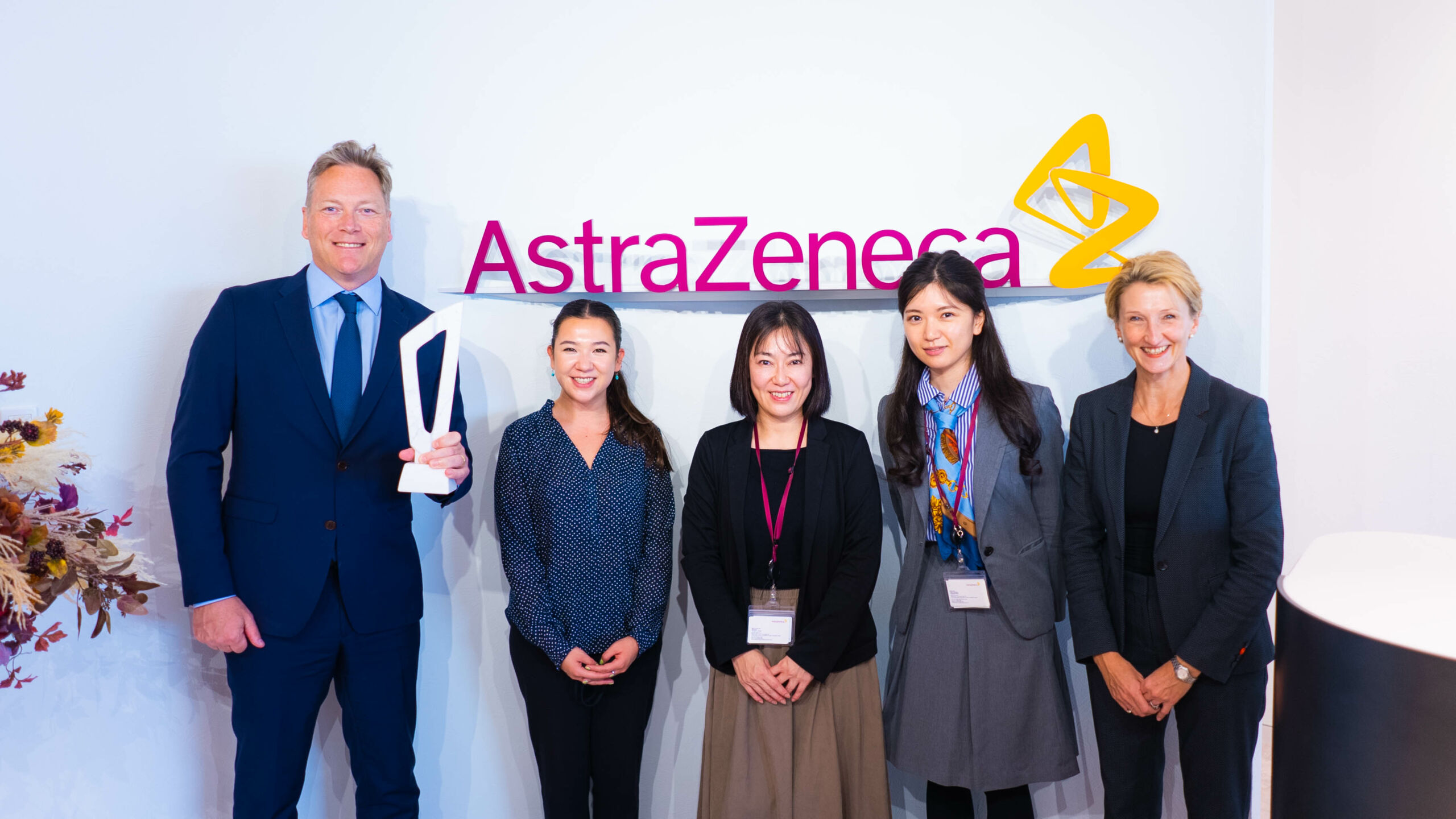