Known for architecture, interiors, public spaces and installations, KDa picked up the Company of the Year trophy at the British Chamber of Commerce in Japan’s hybrid black-tie event before scooping the Hotel and Short-Stay Interior of the Year and Hospitality Building of the Year from architecture and design website Dezeen a few weeks later.

KDa co-founders Astrid Klein and Mark Dytham MBE said the recognition from the global industry awards validates the decision of the six esteemed BBA judges from the UK–Japan community. Overjoyed by the “unexpected” BBA win, given the high calibre of nominees, the pair say they are looking forward to displaying a trophy of Kate Thomson, who they greatly admire.

Among the BBA judges’ reasons for recognising KDa were its nominations for the Dezeen awards, described as a “benchmark for international design excellence and the ultimate accolade for architects and designers everywhere,” and its role in engaging children at PechaKucha events related to the 26th UN Climate Change Conference of the Parties (COP26). 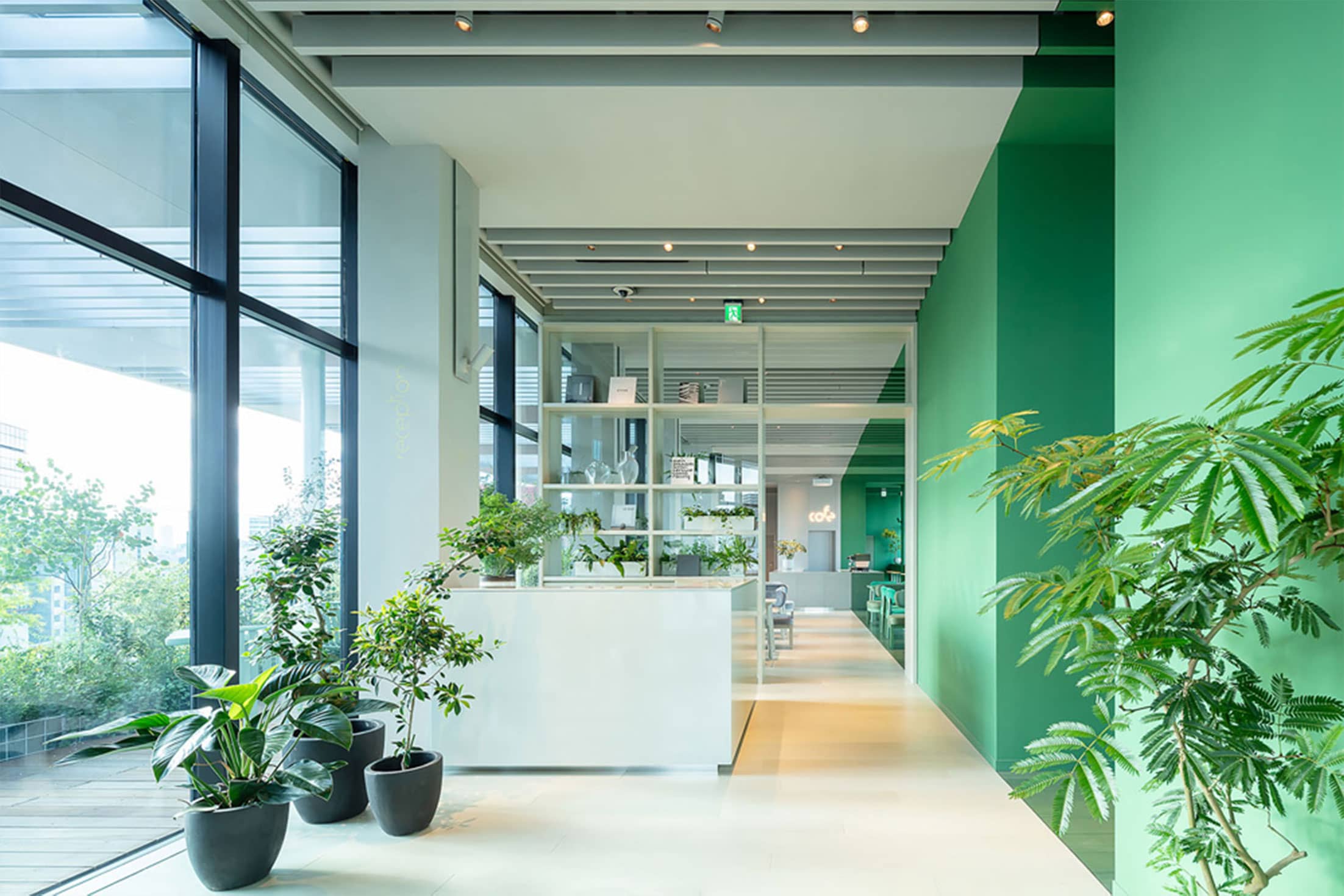 Toggle Hotel is on an unimposing triangular site in Suidobashi, bound by the expressway, Chuo Line and imperial moat, but it caught the eye of the judges who named it hotel interior of the year.

“We wanted the building to jump out and be its own billboard so we chose an exterior of yellow and grey [in 2020], which turned out to be the pantone colours of 2021. We were ahead of the curve,” said Dytham.

The top floor hosts the leafy reception and café where chiffon cake and tea are served and guests can enjoy views of the city. Each floor has a different two-tone colour palette and each of the 85 rooms features a different colour, creating 35 colour combinations. Dezeen’s judges described the use of colour as “clever” and called the design “impactful and brave, creating interest out of simplicity.”

The defining feature of the rooms is space for socialising. Each room can sleep three, with a loft bed as well as a cosy place underneath to relax, either around a table or on sofas. Connecting rooms allow up to five people to get together easily.

“We designed it thinking about people who come to events at nearby Tokyo Dome,” said Klein, adding that the rooms’ social space enables guests to continue the festive atmosphere with a “little after-party.”

The hotel’s vibrant colours have also attracted the attention of anime and cosplay fans and Instagram influencers, while advertising agencies use the city-view rooms for photo and video shooting. 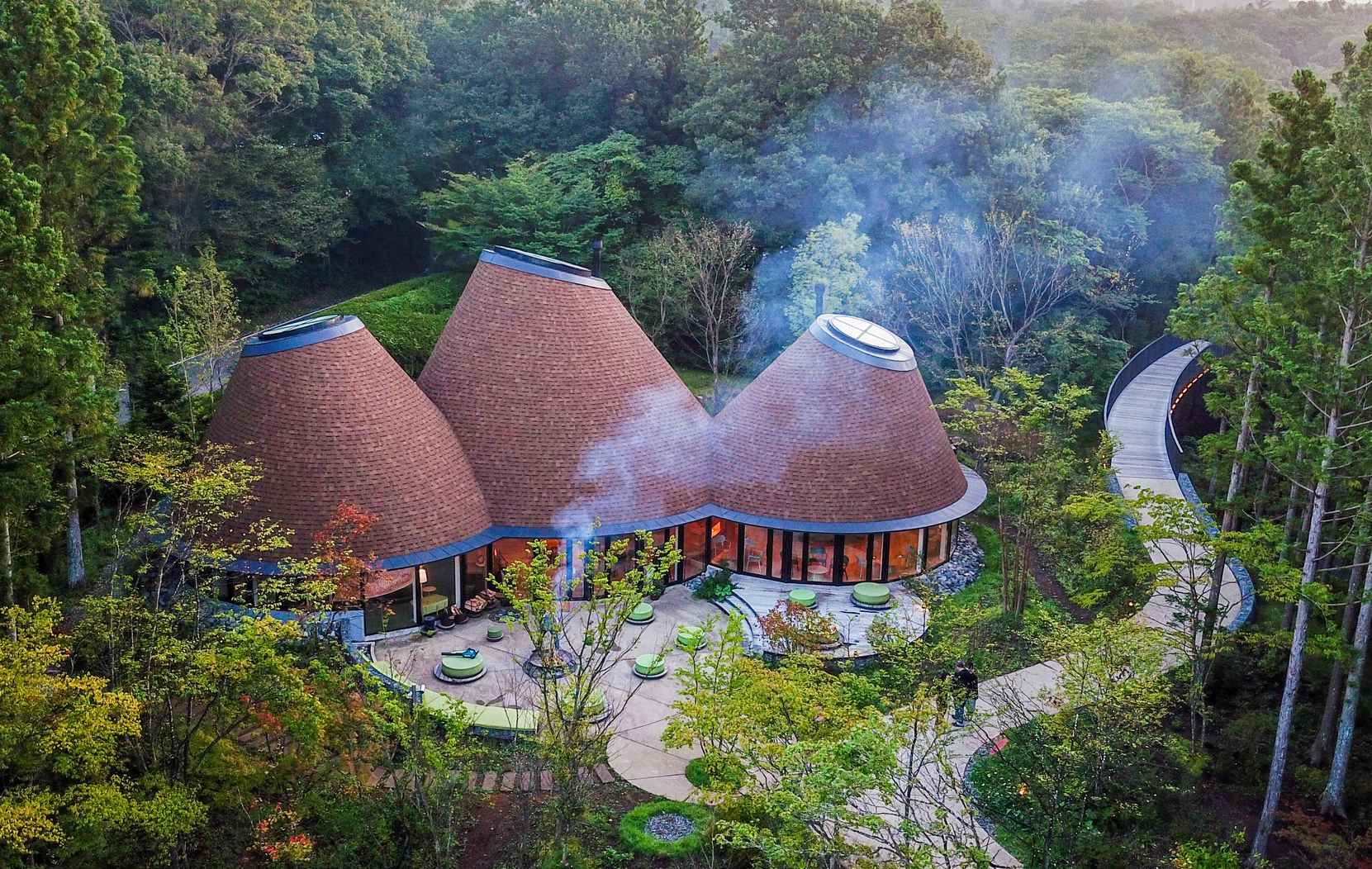 PokoPoko Clubhouse, an activity centre at Hoshino Resorts’ Risonare Nasu in Tochigi Prefecture, secured KDa the hospitality building award. A series of three giant cones connecting two buildings via a winding path through the woods, this facility is designed to bring the resort together physically and socially.

One cone houses a kitchen and pizza oven where guests can make pizza using vegetables picked from nearby fields, promoting farm-to-table cooking and agritourism. Another has a circular ball pool and net stretching to the ceiling, where children can play. The final cone has a central fireplace to relax around in the evening.

Dytham calls it a “fairy tale building” for children while also being romantic and magical for adults, while Klein describes it as somewhere to enjoy spending time, rain or shine, thereby making the hotel more attractive to guests throughout the year.

Deezen’s judges were impressed by the “light, scale, proportion and comfort of the group [of cones] in making a playful clubhouse enjoyed by all ages with a feeling that one lives in a forest.”

Having defeated hundreds of nominations from organisations all over the world to win the two awards, Klein and Dytham are proud of these recent projects. But they have completed other noteworthly designs in recent years, too.

Their three-dimensional wooden façade of Cartier’s branch in Shinsaibashi, a high-end shopping district of Osaka, consists of thousands of Japanese cypress masu (sake box-cup), designed to embody environmentally conscious design, local artisanship and the geometry of Cartier jewellery. Each box contains a light to provide gradual illuminating effects on the façade, too.

Since launching PechaKucha in 2003, the show-and-tell format has grown into an international network with events in 1,200 cities worldwide. After pivoting in April 2020 from completely in-person to online, the platform evolved further to offer successful themed events, Inspired and Love.

As a result, KDa was invited to run in-person PechaKucha events for children over 10 days at COP26 in association with Lego; the Ellen MacArthur Foundation and Daydream Believers, a group of educators, businesses and students. Ahead of the event, KDa mentored children in 20 schools in Scotland, helping them prepare five- or 10-slide presentations outlining how world leaders can #GetOnWithIt in sustainability.

Despite COP26 being very closed off to the public, Dytham said the energy from the city and young people gave him “real hope” that the future of the world is in good hands. 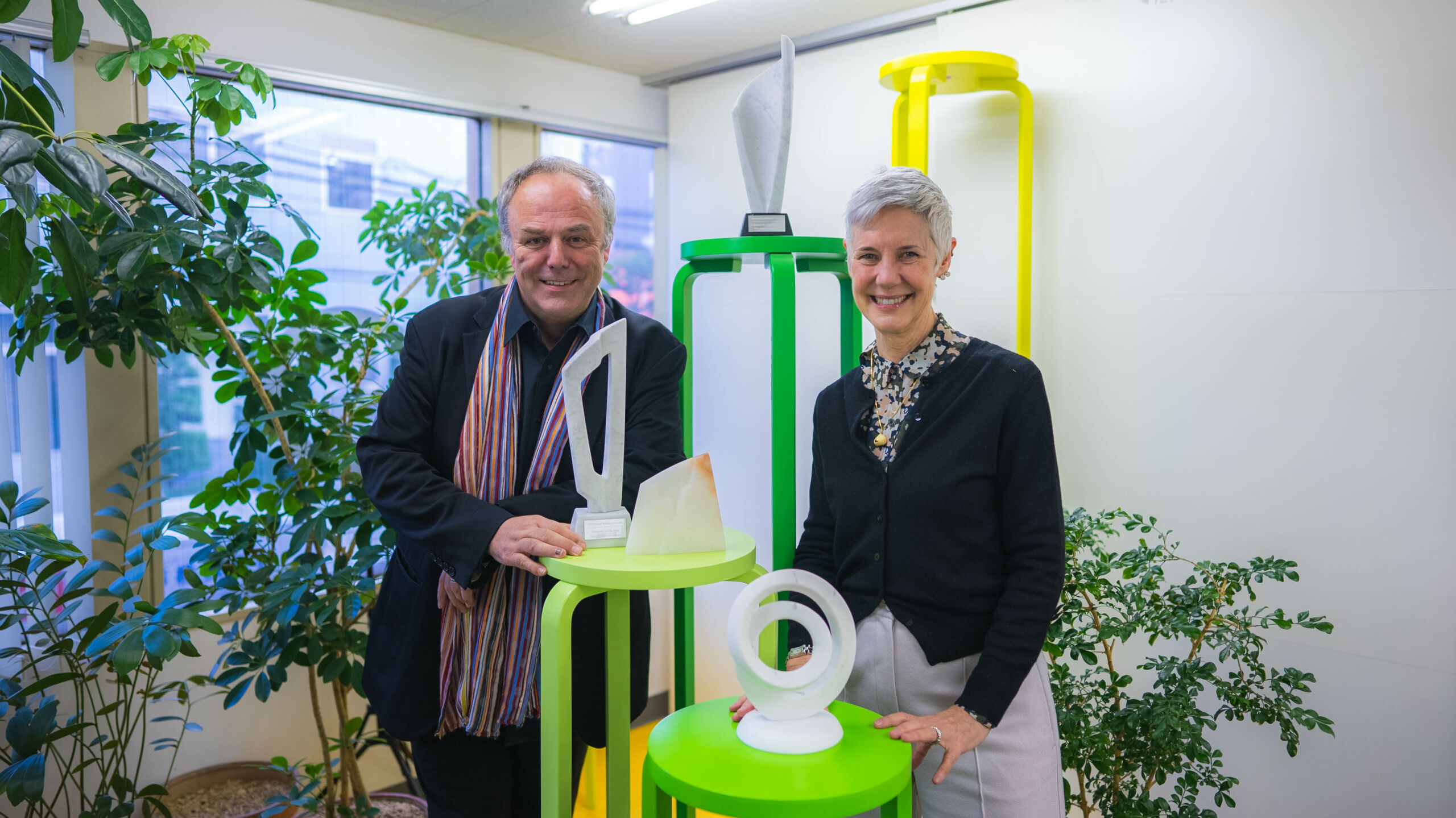 Following the success of the COP26-related PechaKucha events, KDa is considering how they might offer something similar connected to World Environment Day on June 5, 2022.

In architecture and design, the firm continues to forge ahead with ground-breaking projects, including for office and retail facilities seeing different demands from users due to ongoing pandemic pressures.

“It’s a great time to prune the trees of what is not appropriate anymore and let something new and fresh come forth,” said Klein, adding that clients need to “trust that something new is going to be more successful than the same old trodden path.”

The pair plan to continue to “push the envelope” beyond what is asked of them, based on their experience, insight and vision.