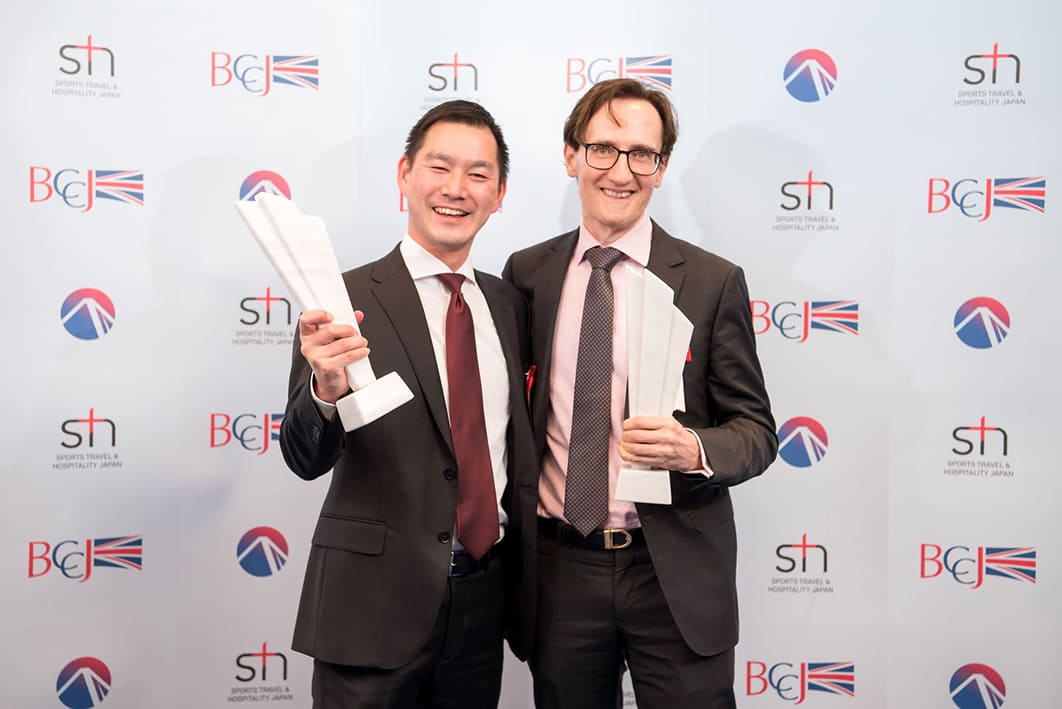 Azuri Technologies Ltd. and Marubeni Corporation have been recognized by the British Chamber of Commerce in Japan (BCCJ) for enhancing UK–Japan economic relations via a new collaboration. The firms were awarded the UK–Japan Partnership British Business Award at the BCCJ’s headliner event in November for bringing affordable, clean energy to millions of people in Africa.

As a Fortune 500 company and global energy leader with substantial experience in Africa, Marubeni Corporation led an investment of US$26 million in Azuri Technologies. Since the cash injection in the British off-grid solar innovator in June 2019, the partnership has continued to develop and expand Azuri’s unique, pay-as-you-go solar home system.

An estimated 600 million people in sub-Saharan Africa lack access to the grid. In Kenya alone, power access is enjoyed by only 46% of the population, most of whom live in urban areas. Low-income, rural households in particular lose out under the current energy provision, either living without stable supply or spending a disproportionate amount of family income on harmful alternatives in order to light and power their homes.

Azuri and Marubeni seek to address this demand. The firms’ share a long-term vision of renewable energy for all and their partnership is driven by the goal of providing life-changing, clean and affordable technology to low-income rural households in Africa. Under their system, households and businesses without access to the grid can use modern conveniences, ranging from electric light to satellite TV and Internet access via smartphones.

The first phase of the partnership involved bringing significant additional equity capital to Azuri, allowing the business to invest in new technology development. Since June 2019, the partnership has helped Azuri to reach customers more effectively using the latest artificial intelligence tools and to build the infrastructure necessary to scale off-grid solar to a mass market.

Azuri has released a new generation Quad Solar Home System, which features a larger solar panel, longer-lasting battery and brighter, more powerful lights than previous systems as well as a rechargeable radio and torch. Azuri has also opened a new off-grid service centre in Kisumu, Kenya, serving more than one million people who previously did not have access to reliable power. The partnership draws on Azuri’s experience in Africa. With offices in Kenya, Nigeria, Tanzania, Uganda and Zambia, the firm is a leading provider in the emerging market of pay-as-you-go solar energy. Boasting innovative thinking and agility in operations as well as a deep understanding of the continent’s rural consumer and last-mile distribution model, Azuri has proven that new technology can support or even replace conventional ways of delivering power.

Azuri’s attributes are complemented by Marubeni’s leadership in the energy sector. The Japanese corporation also brings global expertise and the ability to accelerate business activity.

The partnership is strong and mutually supportive, building on the strengths of each organisation. Both share a commitment to exploring the use of new technology to address one of the global challenges of this age: the provision of universal access to modern, clean energy.

Azuri and Marubeni were praised by the British Business Award judges for creating a partnership that is as an excellent example of how established businesses and fast-growing technology-based organisations can collaborate to accelerate growth.

While many energy businesses are focusing on delivering established technologies, Marubeni is exploring how new technology can provide a disruptive shift in the global energy market and Azuri is at the forefront of this transition. At a time when the global energy market is in a period of flux and challenges in energy delivery remain, the partnership is proving success is possible.

Japan is eyeing Africa, with the private sector expected to invest USD$20 billion over the next three years in the continent’s energy sector. With the most rapid population growth in the world, Africa represents an opportunity for energy firms to profit while ensuring that millions of people have access to clean, reliable energy, therefore helping improve lives and livelihoods.

The Azuri–Marubeni partnership is leading the way for others to follow. Azuri’s trademarked HomeSmart AI technology has been widely recognised as revolutionary in off-grid energy access in Africa, and the first use of state-of-the-art machine learning in solar. Securing a coveted British Business Award in the competitive category of UK–Japan partnership reflects the collaboration’s achievements so far.