Noritaka Takezawa and Rachel Ferguson, owners of Ryozan Park, have scooped the British Chamber of Commerce in Japan’s 2019 British Business Award (BBA) for Entrepreneur of the Year. The Japanese–Scottish couple received the accolade at Hotel Gajoen Tokyo, where more than 300 guests joined the black-tie gala on November 8 to celebrate UK–Japan relations.

Six judges from backgrounds spanning business, sports, trade, government, media and the not-for-profit sector recognized the efforts of the pair in founding and developing Ryozan Park, an integrated community of accommodation, offices and childcare.

Launched in 2012, the brand has been developed so that people can work, live, learn and socialise together under the motto that “life is better shared.” Across Sugamo and Otsuka, Ryozan Park has facilities where users can enjoy coworking spaces, private offices, event spaces and an immersion English preschool.

Speaking of the win, Ferguson shared that the pair are “delighted with the recognition” of the BBA as Ryozan Park has been “a labour of love” and the culmination of their drive “to nurture a village-style community.” In short, they “believe in the power of community to educate, support and nurture individuals and businesses alike.”

The inspiration for Ryozan Park was sparked in 2011 when Takezawa saw the international community coming together in his then-home, Washington DC, to support Japan following the Great East Japan Earthquake and Tsunami. He thought about repaying that kindness by creating a diverse community in his hometown. With that purpose he returned to Tokyo, where he met Ferguson.

In 2012, the pair opened Ryozan Park’s first building, a share house. According to Ferguson, it was a natural, entrepreneurial move; all the tenants were moving out of the building where Takezawa’s parents were living and Japanese people were starting to seek more communal living, so there was an opportunity to create the share house as a family project.

The share house’s 41 rooms filled up in mere months so, in the following year, Ryozan Park opened a shared office in the same building. The couple also hosted events related to music, sports and seasonal festivals, allowing Ryozan Park users to get together and form a community.

Following this success, Ryozan Park expanded in 2015 to Otsuka. The brand developed a building to host private offices, coworking spaces and an English immersion day-care. 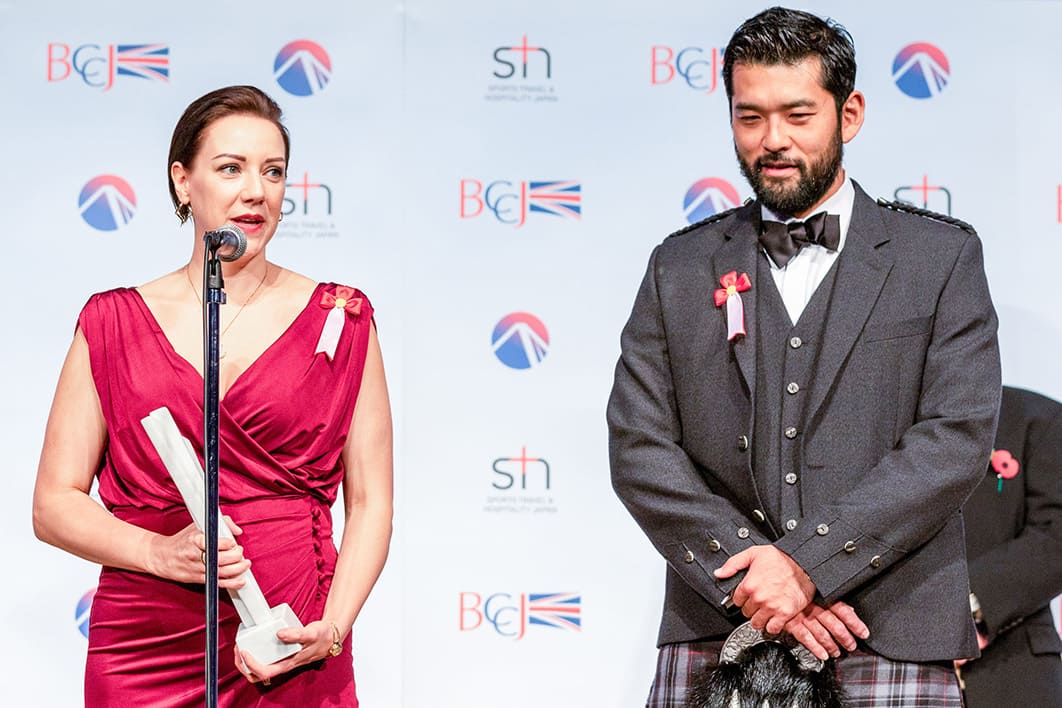 For Ferguson, who wrote her masters thesis on gender issues in Japan, the launch was the culmination of a long-term goal to do something to help women, particularly working mothers, in Tokyo. It was also a natural step for her parents-in-law, who had experienced first-hand having a baby in the workplace when their first grandchild was born.

“Nori’s sister had her first baby while we were all working at the head office. She would bring in the baby who would sit on grandpa’s knee during meetings,” Ferguson said, adding that the family thought they could offer this opportunity to others.

Such was the success of Ryozan Park’s facilities that earlier this year, the brand added two additional coworking spaces in Sugamo: the gallery-style Annex and café-style Lounge featuring a bar powered by a local craft beer company.

Today, the day-care offers a shared working space for parent and baby (up to 12 months old) as well as three programmes for children: a morning class (12–18 months), a preschool (18 months–3 years) and an after-kindergarten class (3–6 years). The concept for all programmes is learning through play.

Parents and guardians can monitor their children throughout the day from the adjacent shared working space and kitchen if they choose. Many opt to use the coworking and office spaces downstairs, which are free to users of the day-care.

“We’re trying to make everything a one-stop-shop,” said Ferguson of the building. “We want to help parents. They don’t have to go across town to work after drop-off. They don’t have to leave their child. They can work, have a home away from home to enjoy a coffee and hang out, and talk to their child’s teachers every day.”

Ferguson says the approach is due to the family’s “love ethic.” As a family-run business, Ryozan Park prioritises people and their experiences over the bottom line. There is a family at the centre, she says, who cares about its staff, customers, residents and partners.

With the BBA, Takezawa and Ferguson hope to continue nurturing their “oasis in the corporate jungle” to make Ryozan Park “an international community committed to work-life balance, diversity, gender equality and entrepreneurialism, providing village-style interaction.”

They have received a grant to launch a vegan takeout in their Otsuka building next year and plan for ingredients to be sourced from Ryozan Park members. “We want to use every corner of the building and support the members,” said Ferguson of the initiative, adding that a fundamental concept of Ryozan Park is that users and graduates of the facilities remain within its network and community.

Also on the agenda in 2020 is the transformation of one area of shared offices into a test kitchen.