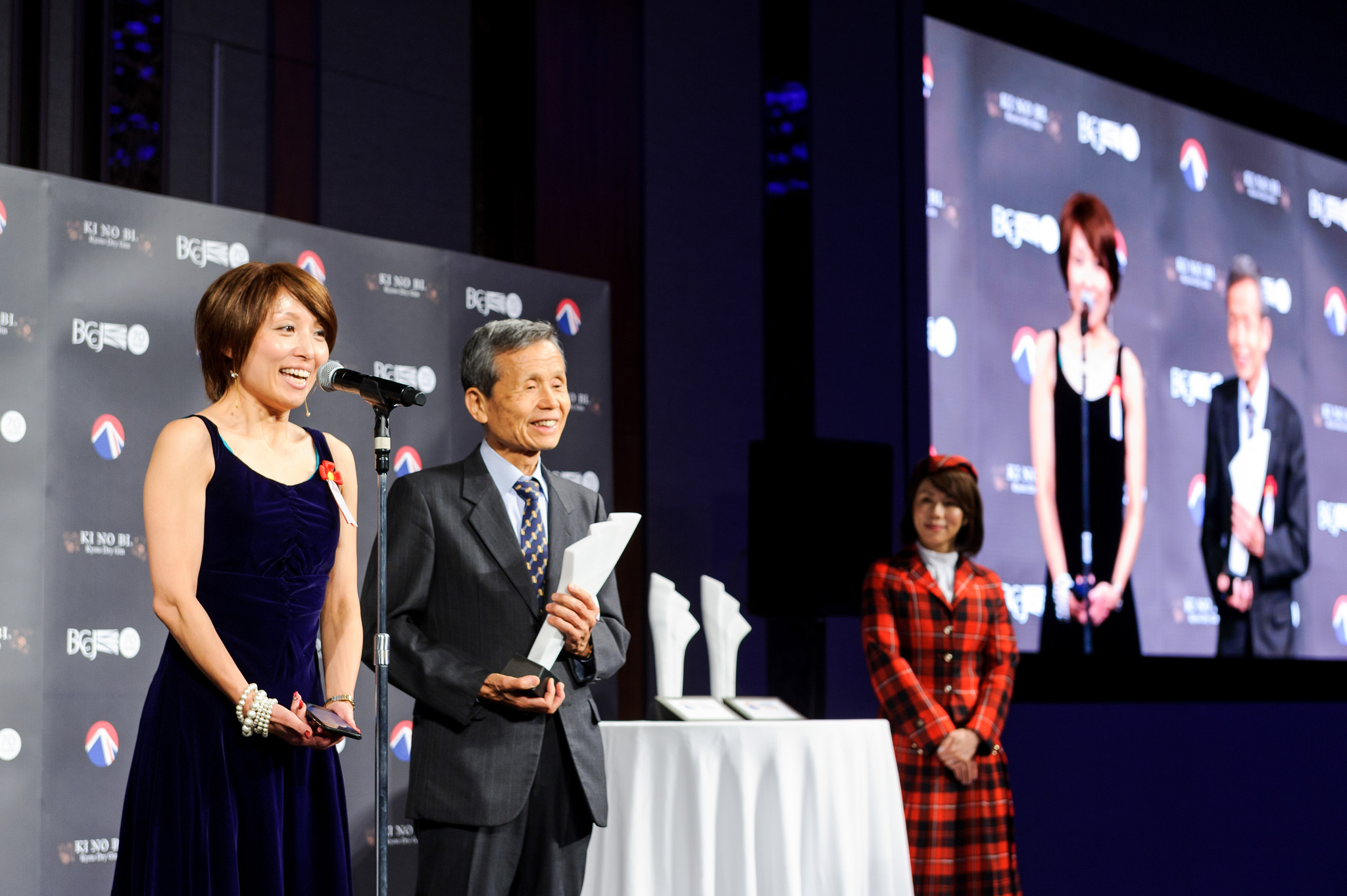 ESR has expressed gratitude to the British Business Award judges for “validating” its once debated community efforts, with the presentation of the 2018 Social/Environmental Contribution trophy.The Asia-Pacific-focused logistics real estate and fund management platform was presented with the sought-after gong at the BCCJ’s red carpet gala on November 2. It was recognised for establishing onsite childcare facilities, high-quality recreation spaces and green initiatives in its distribution centres across Japan, for the benefit of staff, stakeholders and the community.

Due to Japan’s shrinking labour pool and low level of automation, staffing supply has long been a concern to employers nationwide. Though mothers are being encouraged to return to work to meet demand, the scarcity and expense of childcare places has hindered their ability to do so.

Four years ago, as ESR’s clients faced the dilemma of where to find their staff, Stuart Gibson, co-founder and co-CEO of ESR, pioneered the idea of the Barnklübb: a well-designed facility at the firm’s distribution centres where children could play and learn while their mothers worked their shifts. He saw it as “the right thing” for employers and families, but not everyone was in favour of the plan.

“I took a lot of criticism; some said that ESR is in the business of developing and owning warehouses, not the baby care business. Others questioned liability and the financial impact of a loss of rental space,” Gibson explained.Both the project went ahead and has become a key component of ESR’s DNA.“Childcare, both a parental and employer concern, is a priority for ESR,” he said. “Barnklübbs benefit ESR’s customers by helping them retain and attract employees, while encouraging workforce participation of women.“This British Business Award is validation of an idea that provides benefit to customers, investors and the community at large, and it’s been a team effort to achieve it,” he added.

Today, Barnklübbs are established at each of ESR’s distribution centres exceeding 100,000m2. All are run by licensed teachers. As of December 2018, there are six Barnklübbs in operation across Japan, providing spaces to up to 350 children at one time, and up to 1,750 children in total at each facility.

There is also an online system whereby mothers living in the community can book available spaces on a first-come first-served basis. The BBA judges therefore commended the positive impact of the initiative on local residents, in addition to staff.

As part of ESR’s green plan, the firm implements design and construction methods that are both environmentally friendly and sustainable. It is working to ensure its buildings meet or exceed locally and internationally recognised development and operational standards, including the Comprehensive Assessment System for Built Environment Efficiency (CASBEE) in Japan.What’s more, it aims to lessen the use of resources. Each distribution centre features energy-efficient lighting, waste water management and recycling systems, while photo voltaic panels on the roof generate energy for the facility and the community.Nationwide, approximately 20 megawatts of this solar energy are being generated and returned to Japan’s grid per year, making ESR the operator of one of the largest solar rooftop initiatives in the country.

In February 2018, ESR completed the Nanko Distribution Centre in Osaka: a landmark example of the firm’s growing efforts to be green. Materials, such as concrete and steel, taken from anexisting building on the site were recycled to make the new building. Greening was carried out on extensive areas and a museum was created to exhibit artefacts of historic significance uncovered during construction.

In March 2018, at the ground-breaking ceremony for ESR’s 388,000m2 distribution centre in Amagasaki City, Hyogo Prefecture, Gibson pledged to continue the firm’s approach to environmental and social responsibility, promising “to deliver a space that the community will be proud of.”

In addition to designing spaces that are efficient, user-friendly and barrier-free, ESR offers best-in-class amenities for workers at its distribution centres through what it calls “human-centric design.” Common areas are open, bright spaces where staff enjoy recreation and rest.According to Gibson, the firm’s actions are driven by a desire to change people’s perceptions of a warehouse as “a grey, soulless box with no windows that is a horrible place to work.” He believes that, in order to attract and retain good staff, they need to like their working and recreation environment.The Amagasaki Distribution Centre, which is due for completion in December 2019, will offer a common area inspired by Gibson’s idea of “executive lounge meets sports bar.” Features include indoor and outdoor dining spaces as well as chill out zones, games rooms, a health club and climbing walls.

Inspired by the recognition of a BBA, Gibson hopes ESR can roll out its social and environmental initiatives throughout the ESR Group in the Asia-Pacific. He believes the concept of the Barnklübb would be particularly useful in South Korea and China, which face similar demographic challenges to Japan.“We remain fully focused on long-term value creation that benefits both the social community and the environment, contributing to a better world for future generations,” Gibson said of the firm’s plans, adding, “we are truly thankful and appreciative for the BCCJ’s continued support and loyalty throughout the years.”