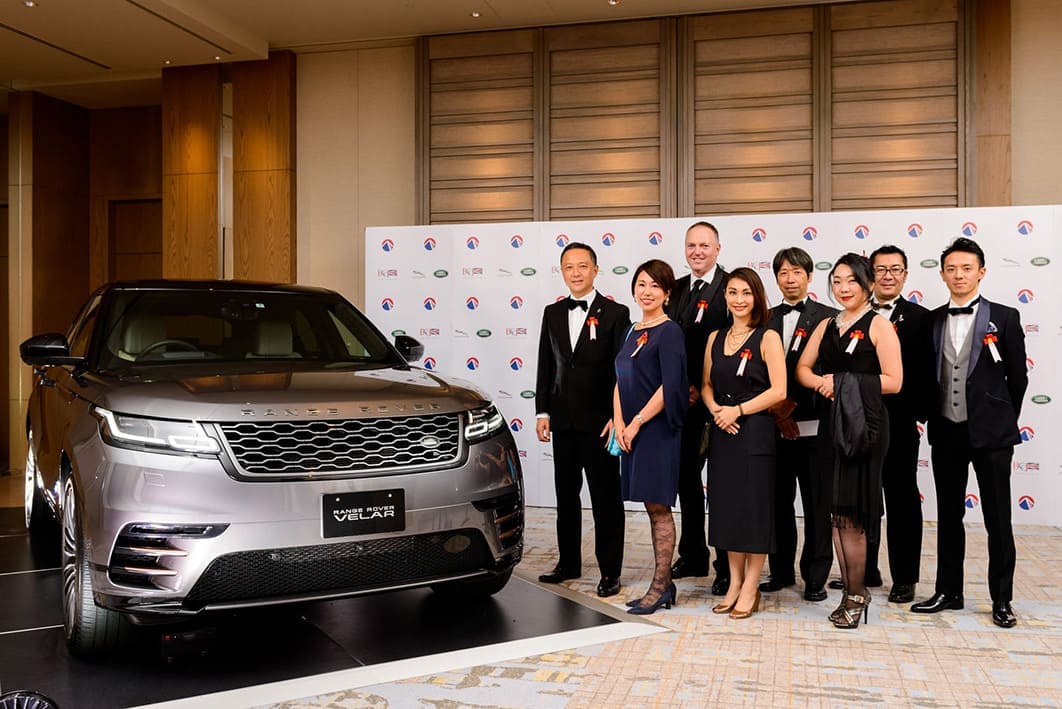 A pioneering partnership established in February 2017 between JTB Corporation and Sports Travel & Hospitality Group has become one of the youngest partnerships to be awarded the UK-Japan Partnership trophy at the BCCJ British Business Awards. Staff and stakeholders responsible for its launch and early development were delighted to accept the award on 2nd November.

The JTB-STH partnership, named STH Japan K.K., was recognised for introducing hospitality experiences for international and domestic sports events in Japan, with a focus on the 2019 Rugby World Cup (RWC).

While competition is low and opportunities in corporate business, inbound tourism, and sport GDP are vast, there are obstacles facing sports hospitality players trying to enter the Japanese market. JTB and STH used their individual strengths to tackle them.

As the concept of sports hospitality is new to Japan and most stadiums are not set up to offer hospitality such as corporate packages, STH Japan communicated the potential of sports hospitality and identified areas near stadia where new structures could be erected for that purpose. In addition, local stakeholders lacked experience in providing the high standard of corporate hospitality that guests expect, so STH Japan is offering expertise and support.

The partnership draws on STH’s provision of award-winning hospitality at London 2012 and the 2015 RWC in England, where it sold the most hospitality ever for any event in the UK. By helping the event become the most commercially successful RWC to date, STH set a benchmark to be achieved in Japan for the 2019 RWC. Meanwhile, JTB has extensive influence within Japan and ranks sports hospitality as one of its key growth providers.

In less than one year, STH Japan has become the leading provider of sports hospitality and premium spectator experiences in Japan, with exclusivity to provide such services for the 2019 RWC. It continues to attract travel agents worldwide to act as partners, to offer travel packages for attendees.

In the long-term, STH Japan is working to improve experiences at Japan’s sports matches. It is in discussion with a number of sports associations to increase the hospitality offered to spectators on site.

Brendan Delahunty, president and representative director of STH Japan K.K., accepted the BBA trophy on behalf of JTB and STH.

“We are a fairly new company so to pick up an award so soon is very exciting. All our stakeholders are extremely pleased, and it’s special to join the list of great BBA winners since the first awards ceremony 10 years ago,” he said.

Although STH Japan has received extensive press coverage in domestic media including the Nikkei Shimbun, Nihon Keizai Shimbun and Sankei Shimbun, as well as global media such as Reuters, World Business Satellite and Travel Voice, Mr Delahunty hopes the BBA award will further raise awareness of the firm.

“Winning this award provides great exposure for us. Most important is the additional exposure in the Japanese market,” he said, pointing out that 70% of STH Japan’s market is composed of corporate business.

STH Japan is planning a series of press releases about its win, designed to encourage Japanese firms to find out more about the sports hospitality business and the opportunities available at the 2019 RWC. In turn, Mr Delahunty hopes the firm’s efforts might help raise the profile of the BBA among the Japanese business community.