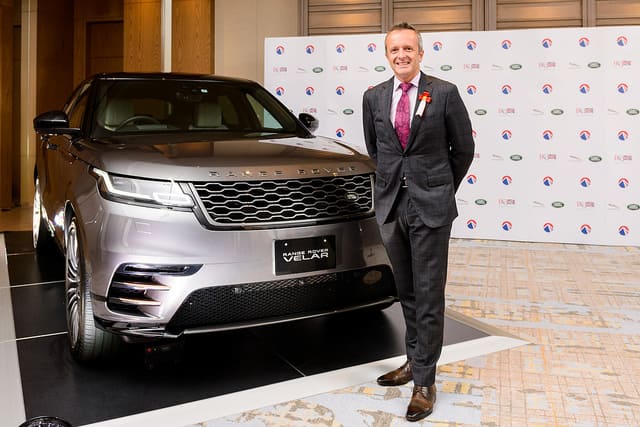 The “fantastic accolade” of a 2017 British Business Award is proving to be a great boost for SciBite as it grows in the Japanese market, according to Rob Greenwood, SciBite’s CEO.

The semantic analytics firm fought off entrants in fields such as technology, computer programming and consumer goods, to scoop the Innovation trophy at the BCCJ’s annual headliner event on 2nd November.

It was recognised for its transformation of data management in the life sciences sphere, and for punching above its weight as a small British company in a highly competitive market.

SciBite’s technology identifies and extracts scientific terminology from unstructured text and transforms it into machine-readable data. The result is that pharmaceutical companies gain full awareness in areas such as pharmacovigilance and drug repurposing, thereby increasing the efficiency of their research and development. Companies can then use the time gained for other critical work.

Moreover, as the technology is designed to evolve with the customer and adapt to its needs, SciBite’s solutions are bespoke and cutting-edge.

This year has been a great year for the fledgling company. In April it was awarded Best of Show at leading industry event Bio IT World 2017 and, in August, it started work with BCCJ Platinum member company GlaxoSmithKline K.K. to enhance its pharmacovigilance capabilities.

Mr Greenwood, however, admits SciBite’s expansion was not easy.

“Bringing SciBite to Japan was a bold decision, as the traditional path of small technology companies doesn’t lend itself to coming to Japan,” he said.

But with John Bolger, who has more than 20 years of experience in life sciences, in place as general manager of the Japan office, as well as support from the BCCJ, Mr Greenwood felt there was an opportunity.

The firm’s first step was identifying “a like-minded, innovative organisation” to act as an early adopter. The BCCJ provided a helping hand in connecting SciBite with GlaxoSmithKline K.K., resulting in a fruitful relationship and a foothold from which to develop the business in Japan.

“The BBA is recognition of what we have been able to achieve,” Mr Greenwood said. “It’s reinforced what we believed at the start: that there is an opportunity to grow in the Japan market.

“We are disrupting how traditional systems have worked in the past. Once we provide our technology, our customers can shape it because it is very flexible and highly manageable, so we are seeing more and more innovation as well as forward-thinking from our Japan-based customers. The Japanese market has traditionally been more of a follower of other innovators in the life sciences technology world, but we are enabling Japan to be a front-runner.”

Noting that it is an exciting team to be growing in the Japan market, Mr Greenwood says SciBite’s BBA trophy has added to that feeling of excitement, within his teams in both Japan and the UK.

“The reward is held in such high regard and so is helping to give us greater credibility and to promote us at a much higher level globally,” he said.