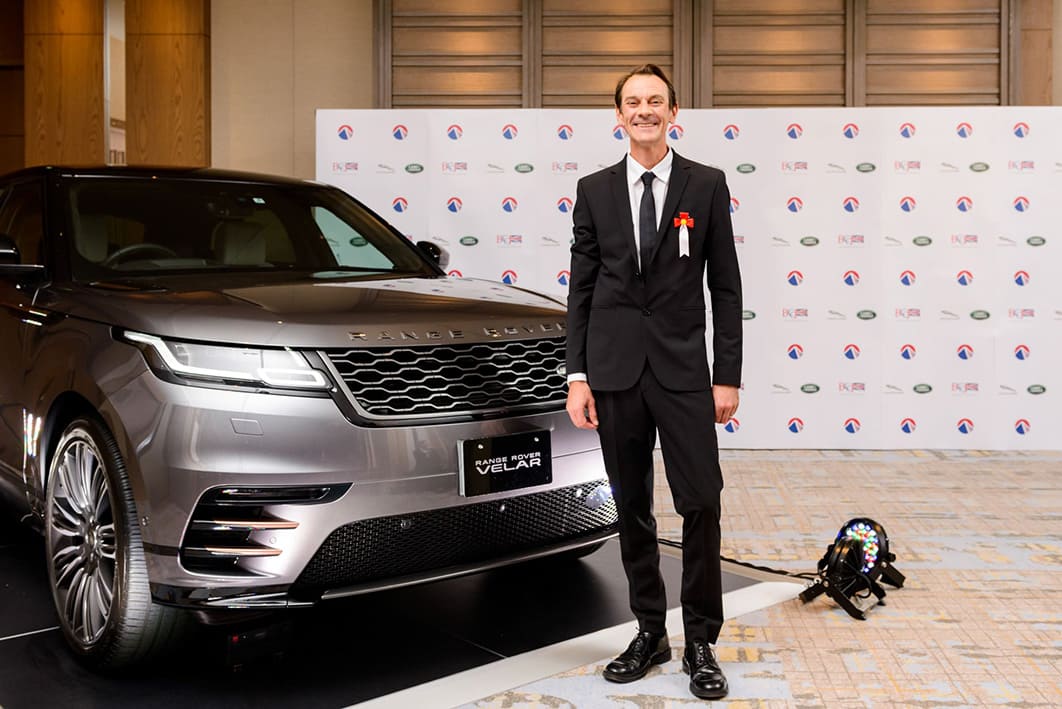 Having scooped the Entrepreneur of the Year trophy at the BCCJ’s 2017 British Business Awards (BBA) on 2nd November, Ian Gibbins says he feels inspired to bring his British deli and bakery products to more people — in person and across Japan — in 2018.

“The BBA is such a nice award to win after all the hard work I’ve put in,” he said. “Of course, all recognition is good but receiving a BBA is particularly special because it’s from the British business community. The calibre of my fellow entrepreneurs in the category was really strong so it’s an honour to win.”

Mr Gibbins, owner-cook at Swan & Lion, was recognised for his efforts in making great-tasting modern British food that represents the huge overhaul in British cuisine in recent years.

Since launching the business at weekend farmers’ markets and events while working in an unrelated full-time role, he built a loyal and diverse customer base and independently financed the opening of a shop in Chiyoda Ward’s Kudanminami area.

Although only marking its second anniversary in 2017, the brand has gained a solid following through not only the shop but also events, catering and an online store on Amazon.

Mr Gibbins has also developed relationships with domestic firms. Since January 2017, the Swan & Lion has been represented at numerous events in the Isetan, Mitsukoshi and Tobu department stores.  And still to come this year is a Christmas event at BrewDog in Roppongi.

Aside from its popular pie range, the Swan & Lion produces an expansive deli and bakery selection including chutneys, salads, cakes and festive treats. By doing so, it has helped dispel the often negative image of British cuisine in Japan by showing that British dishes can be not only tasty but also fresh and innovative. Solely natural and seasonal ingredients are used, and traditional Japanese produce such as natsumikan (a citrus hybrid) are incorporated into recipes whenever possible.

Mr Gibbins says the experience of winning a BBA has fuelled further his desire to connect with other members of the BCCJ as well as those in the wider foreign community.

“My main goal next year is to get out more, to events and on office runs,” he said. “Through the shop I connect mostly with people in the area but it’s not the same strength of community that there was at the markets so I really want to meet more people in the foreign community.”

At the same time, Mr Gibbins is keen to reach more customers outside Tokyo. The Swan & Lion website and Amazon shop are attracting interest from people as far away as Shikoku, so he believes there is great potential if he can boost his online presence.

Important, too, in drawing more customers, is boosting his range of Christmas puddings, Christmas cakes and mince pies.

“Japanese people’s image of the UK tends to be of cold, grey winters so they think of heavy, wintery foods rather than summer sweets. I can sell a lot of cake and so on from October,” he said, adding that items such as his handmade and natural fruit pudding are good sellers.

“I want to hone in on my key products and put more effort into them, while adopting new methods of sale such as Uber delivery and a presence at the Fuji Rock Festival,” he said, adding that the Rugby World Cup in 2019 is also on his radar.

Above all, though, Mr Gibbins is enthused by the recognition from the BCCJ and “excited to get out and about more in 2018, to meet members and other customers.”