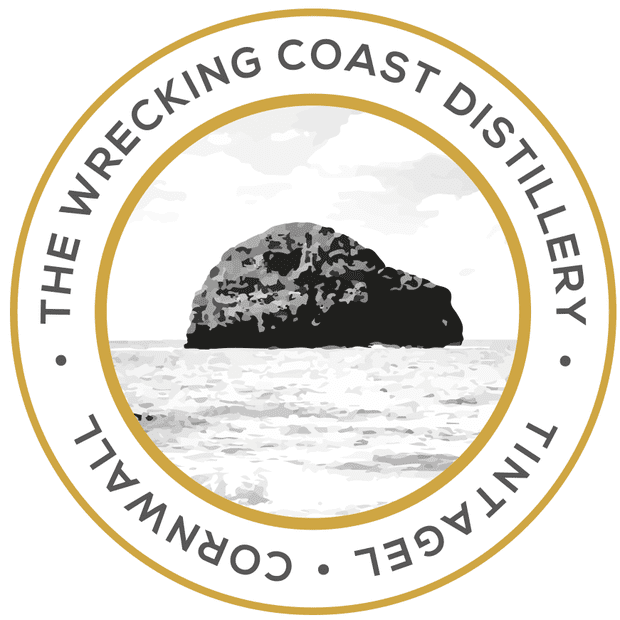 Starting 1 April 2018, La Ditta Limited will seek out importers and distributors in Japan and Singapore for The Wrecking Coast Distillery’s Cornish Clotted Cream Gin. La Ditta Limited shall attend the following trade exhibitions and actively seek out partners in May in Tokyo and Singapore, in view of starting exports to bring this unique, award winning super-premium Cornish Clotted Cream Gin from Cornwall to the world.

*Wrecking Coast Distillery will be presenting an exhibition booth in London, and La Ditta Limited shall be present in London during this time.

It is the first time that Clotted Cream has been included as an ingredient in gin, and given the growth of gin in markets worldwide, we are excited about the potential that lies ahead. After the expected launches in Japan and Singapore, we shall be taking the brand to India, and other parts of Asia.

Wrecking Coast Cornish Clotted Cream Gin uses Rodda’s Cornish clotted cream, which has been produced for the last 125 years in Cornwall. Rodda’s clotted cream has a celebrated history – it has made appearances at two royal weddings and was a favourite of the Queen Mum – indeed Prince Charles used to send her 1lb of cream every fortnight.

Craig Penn, Partner at The Wrecking Coast Distillery explained “ The gin market has grown significantly in recent years, and looks set to continue. We are partnering with La Ditta Limited which has experience in marketing and sales entry into Singapore, Japan, and India, and are excited to bring our super-premium, award winning Clotted Cream Gin to the market. We hope to be able to partner with The Tower Club, Singapore, as well as The Tokyo American Club, Foreign Correspondents Club, and other high-end hotels and bars, eateries and bring our gin to The Far East and Asia for the first time.”

“We are delighted to be working with Wrecking Coast Distillery on the export of their Clotted Cream Gin into Japan. With our established following within the country and Wrecking Coast’s likeminded passion towards its ingredients and provenance, we hope this perfect partnership will help to introduce an exciting new twist on a classic drink.” Nicholas Rodda, Rodda’s

“We are very excited to partner with Wrecking Coast Distillery. This is an amazing product with a wonderful story and history. In our early market tests in select bars in Tokyo and Singapore, The Wrecking Coast Cornish Clotted Cream Gin has had significant interest, and we look forward to working with the best partners in each respective country.

The smoothness of Clotted Cream

Craig Penn, Partner, Wrecking Coast Distillery “We had an idea of our gin providing a luxurious feel, smooth on the palate but remaining true to the core flavours of gin. From the outset we thought the icon of Cornwall, clotted cream, would provide that luxurious feel, the smoothness and add a subtle hint of vanilla.”

“It was essential that we captured the velvety richness of the clotted cream, but this caused us a few challenges. In the production of Clotted Cream, the cream is baked giving the iconic golden crust and smooth, firm cream beneath. But when heated the cream will separate and the flavours become more caramel than cream”

“We found a solution by using a bespoke hand blown, glass vacuum still, built to our own specification, to distil the neutral spirit and fresh clotted cream mix. This results in a crystal clear spirit that retains the flavour of the cream, together with the velvety richness of the texture.” Something all of the founders are particularly proud of.

Craig highlights this unique approach: “This constantly hands-on process means we can only make very small quantities at a time. However, it is this small detail in our unique gin that makes the big difference. It is what makes The Wrecking Coast Gin so distinctive”

Rodda’s family business started when Eliza Jane Rodda began making clotted cream in her farmhouse kitchen, in the heart of Cornwall in the U.K. over 125 years ago.  Rodda’s are still crafting it in the very same way and through cherished family recipes and time-honoured traditions, it has continued to be passed on from one generation to the next.  All Rodda’s milk is sourced directly from farms that have been carefully selected and are within a 30 mile radius of the creamery. This ensures a consistent supply of the most wonderfully rich and glorious milk – the foundation of all Rodda’s products.

Harry Hakuei Kosato, Managing Director of La Ditta Limited. Born Kobe, Japan. Graduate of the LSE / University of Oxford. Worked initially at Arthur Andersen (UK/Canada). Volunteered in the aftermath of the Great Kobe Hanshin Earthquake in 1995, which led to a “must enjoy life everyday, as anything may happen!” philosophy. Subsequently set up an educational, followed by a publishing venture business in Bangkok/Sydney, then was picked up to work with Sir Richard Branson’s Virgin Group in Japan. Launched Dyson’s Japan business as Head of Marketing. Subsequently set up La Ditta Limited in 2006, which has offices in Japan and Singapore. La Ditta in the business of marketing consulting for public and corporate clients, unique events, and delivering amazing food. In India, we operate 2 subsidiaries. The first, Maido Enterprises Private Limited runs “The Cool Japan Festival” every year since 2012 (6 years in 2017), India’s biggest Japan event in Mumbai and we do other exciting consulting projects. The second, Sushi and More India Private Limited runs India’s first authentic affordable Japanese food service business in Mumbai, a delivery and take-out/catering service. Recently launched “The Great British Weekend” at Roppongi Hills, Tokyo for the first time, the biggest British event in Japan, which showcased Bentley, Jaguar, Land Rover and other top British brands. Also we run “The I Love Ireland Festival” for The Ireland Japan Chamber of Commerce, Asia’s largest Irish event in Tokyo. We have also founded “The Japan Oyster Festival” as well as “The New Zealand Oyster Festival”, which feeds into The Galway International Oyster & Seafood Festival / The World Oyster Opening Championship.  We were awarded “The Good Design Award” for the travel diary “Been There Done That”. Harry was Japan’s youngest Chairman of an international school in Kobe, writes a regular weekly column, and is also editor of an online Japanese newspaper. Recently launched mefortheworld.com, the world’s first Savings Charity Bank Box. Lives in Kyoto and Singapore, married to Takako from Japan, and blessed with daughter Riko, who is 8 years old, who attends UWC Dover. Harry is a member of the following: Oxford and Cambridge Club (London), Oxford and Cambridge Society of India (New Delhi), The National Press Club (Washington DC), Yokohama Country and Athletic Club (Yokohama), International House of Japan (Tokyo), The British Chamber of Commerce Japan (BCCJ), Ireland Japan Chamber of Commerce (IJCC), The Straits Clan Club (Singapore, founding member), Japan Tea Association, and WeWork (Ark Hills South, Tokyo, first WeWork office in Japan).