What the UK–Japan trade deal means for British businesses 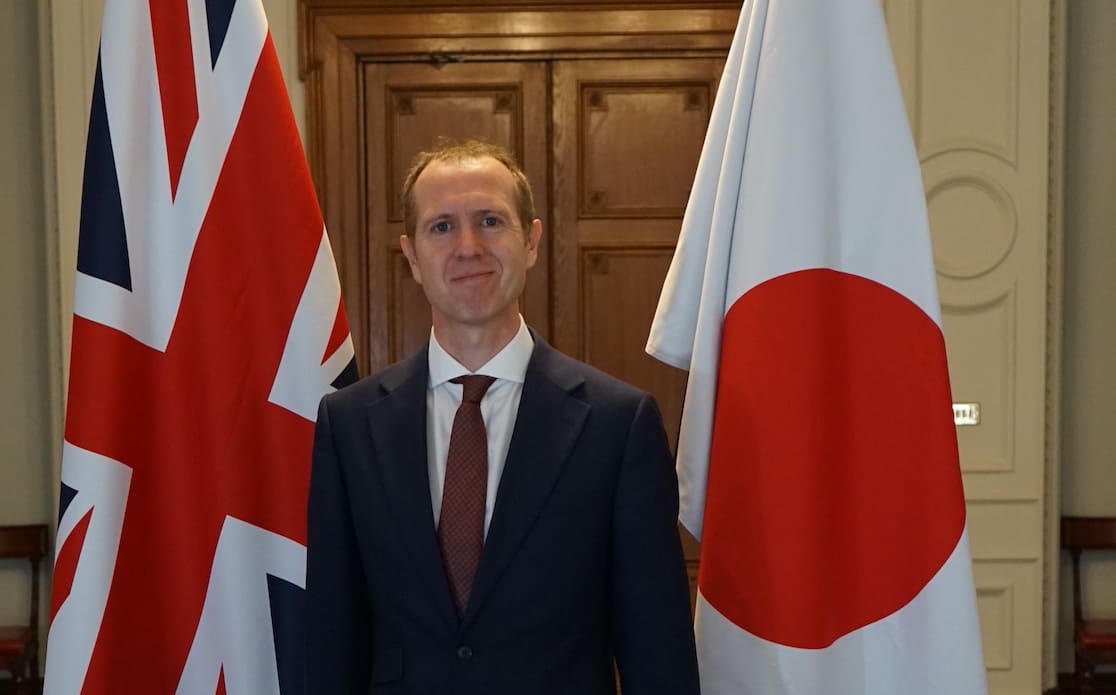 Graham Zebedee, chief negotiator of the UK–Japan Comprehensive Economic Partnership Agreement (CEPA) at the Department for International Trade, addressed a British Chamber of Commerce in Japan webinar on October 23 ahead of the signing of CEPA by International Trade Secretary Liz Truss and Foreign Minister Toshimitsu Motegi in Tokyo.

CEPA is the first in a series of bilateral trade deals that the UK government hopes to reach, including with the United States—whose formal negotiations have begun—Australia and New Zealand. It is also a critical part of the UK’s broader trade ambitions. Zebedee noted that CEPA is “a first logical step to joining the CPTPP [Comprehensive and Progressive Agreement for Trans-Pacific Partnership],” which would “give UK businesses a gateway to the Asia-Pacific region and help to increase the resilience and diversity of our supply chains.”

The UK–Japan deal, specifically, he added, “not only locks in the benefits of the EU–Japan trade deal but goes further in some key areas like digital and data and financial services.” It is expected to boost UK trade with Japan by around £15.7 billion and will provide British businesses with tariff-free trade on 99% of products exported to Japan in the long term.

Under CEPA, there will be new protection for more iconic British goods, with the possibility of increasing geographical indications from seven, under the terms of Japan’s trade deal with the European Union (EU), to more than 70. More liberal rules of origin have also been agreed, with restrictions removed for manufacturers of baked goods, breakfast cereals and sugar confectionery, giving producers greater sourcing flexibility.

The deal will also protect established supply chains by ensuring that UK firms can continue using EU imports in their exports to Japan for key agri-food products. In fishing, vessels that currently export their catch can continue to do so, even if those vessels are part-owned by individuals or firms in the EU.

In agriculture, the deal will ensure UK agri-food producers can continue to benefit from lower tariffs into Japan including for key food and drink products covered by quotas like cheese (including Stilton), tea extracts and bread mixes. Japan has also guaranteed market access for UK malt exports.

Zebedee said the area of services was critical in negotiations due to its driving force in the UK economy. Services contribute about 80% of the UK’s GDP and, of the UK’s total exports to Japan, more than half are services, which are worth £8 billion in 2019.

In the area of digital and data, too, the deal goes “far beyond” the EU–Japan deal, he said. Provisions include the free flow of data, a commitment to uphold the principles of net neutrality and a ban on data localisation.

The CEPA will support jobs at major investors in the UK such as Nissan and Hitachi through reduced tariffs on parts that come from Japan, streamlined regulatory procedures and greater legal certainty, explained Zebedee.

The deal also includes an automotive annex to facilitate regulatory alignment and the reduction of non-tariff barriers. Moreover, it provides continuity of effect for the EPA Mutual Recognition Agreement for Conformity Assessment through a new UK–Japan MRA Protocol.

Zebedee said British businesses can be confident that their brands and innovations will be protected due to CEPA provisions that tackle online infringement of intellectual property rights such as film and music piracy.

In fashion, British exporters of leather goods and clothing will enjoy reduced tariffs under the deal, which should make it easier for UK clothing producers to export to Japan. The UK has also negotiated customs provisions that minimise costs and administrative burdens.

A dedicated chapter within the agreement is designed to ensure UK small and medium-sized firms (SMEs) are provided with the tools and other resources necessary to seize the opportunities of exporting to Japan. It sets out how the UK and Japan will exchange details on rules and regulations including through a website and database for SMEs as well as information in English.

The deal, shared Zebedee, also commits both countries to high standards on women’s economic empowerment, anti-corruption, labour and the environment.

Following the release of the full CEPA text on gov.uk on October 23, the final CEPA text will be laid in the UK Parliament for 21 sitting days for scrutiny under the Constitutional Reform and Governance Act, beginning November 2. Pending ratification, the deal is expected to enter into force by December 31, thereby preserving continuity in the trading relationship between the UK and Japan after the end of the Transition Period, said Zebedee.