Ushering in the new EPA deal 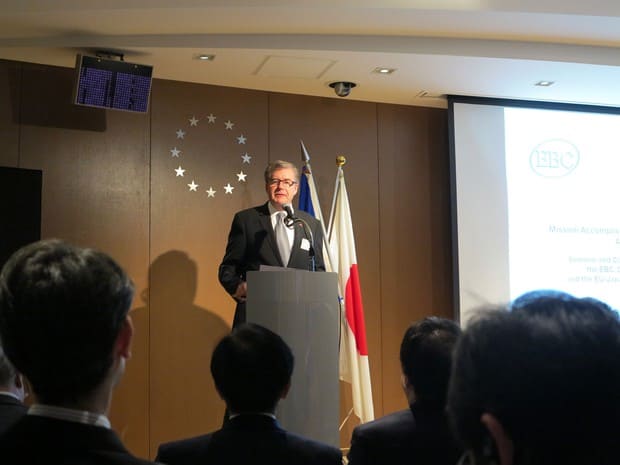 On February 28, the EBC was pleased to host an event, in cooperation with the Delegation to Japan and the EU-Japan for Industrial Cooperation, called Mission Accomplished – The EU-Japan EPA Agreement: A Time to Celebrate. Over 200 people from companies and embassies attended the seminar, including key speakers:

The reality of a prosperous and well anticipated trade deal between the EU and Japan came true with the birth of the EPA trade agreement. It is expected to bring a 32.7% increase in EU exports to Japan and a 23.5% rise of Japanese exports to Europe. With much deliberation and planning over the past few years, the EPA is expected to lower trade tariffs, enhance productivity, create more jobs in the market, sustain economic growth, remove unnecessary costs, host fair competition in the Japanese market, and a great deal more to foster a positive economy that can be read in the speech delivered by Mr. Danny Risberg HERE.