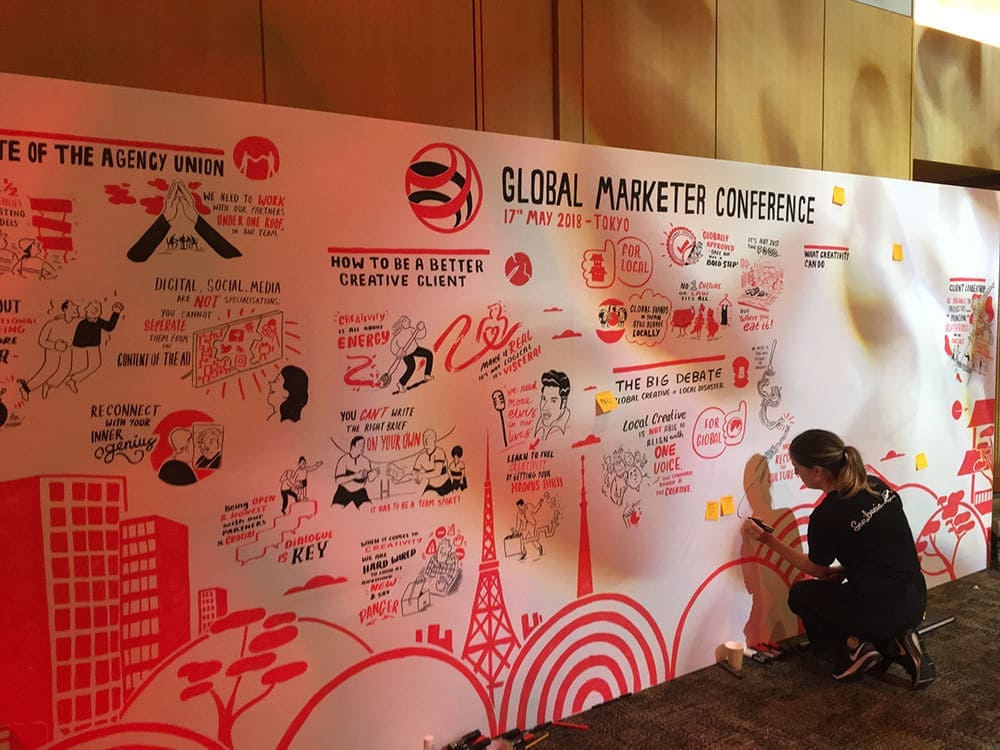 British innovators and creatives were among the award-winning speakers at Global Marketing Week 2018 in Tokyo, in mid-May, where new anti-stereotyping marketing guidance was launched.

Co-hosted by the World Federation of Advertisers (WFA)—which has offices in London, Brussels and Singapore—and Japan Advertisers Association Inc., the event attracted more than 700 delegates from around the globe.

It was only the third time the conference has been hosted in Asia in the past decade, but organisers said Tokyo was a natural choice this year because global marketers want a chance to gain insights on Japan ahead of the Tokyo 2020 Olympic and Paralympic Games.

“Japan is world’s third-biggest advertising market, characterised by digital innovation, a highly sophisticated use of mobile and a unique culture of interaction between people and brands,” the WFA told media. Stephan Loerke, CEO of the WFA, added that the event was designed to provide “a bridge between what is so exciting and innovative about [Japan] with the best of the rest of the world.”

Devon-based professional speaker and best-selling author Chris Barez-Brown called on delegates to “up their Elvis” by bringing energy to projects and learning to fuel creativity by getting their hands dirty. He pointed out that, while we are hard-wired to look at anything new as a danger, marketing leaders need to inspire teams to bring out the freshest creative ideas.

In a debate on whether global or local marketing campaigns are better, Sam Ahmed, global head of digital and retail marketing at Standard Chartered, shared that global teams can create effective campaigns for local markets worldwide if they consist of members from diverse nationalities and cultural backgrounds.

The conference also saw the unveiling of new guidance from the WFA on how brands’ advertising can reflect a more progressive portrayal of both sexes.

Lorerke presented the Guide to Progressive Gender Portrayals in Advertising; the Case for Unstereotyping Ads to Kae Ishikawa, director of the United Nations’ Women Liaison Office, as part of the WFA’s commitment to the UN’s Unstereotype Alliance.

Keith Weed, chief marketing and communications officer of Unilever—a supporter of the alliance—welcomed the move. Although here has been progress since the launch of the alliance in 2017, he said, “Our job won’t be done as long as ads still diminish or limit the role of women and men in society.”

David Wheldon, chief marking officer of the Royal Bank of Scotland and president of the WFA, added: “Our industry needs to be brave enough to depict society in a realistic way rather than reinforce potentially harmful stereotypes … it’s time for the marketing industry to play its part in promoting and reflecting diversity and equality in all its different facets and guises, and at a global level.”

The guide outlines the benefits of taking a more progressive approach from a political and social perspective, as well as the business merits for brands, particularly given the number of purchase decisions that are influenced or made by women. It also providers marketers with tips on how they can enable change in their organisations.