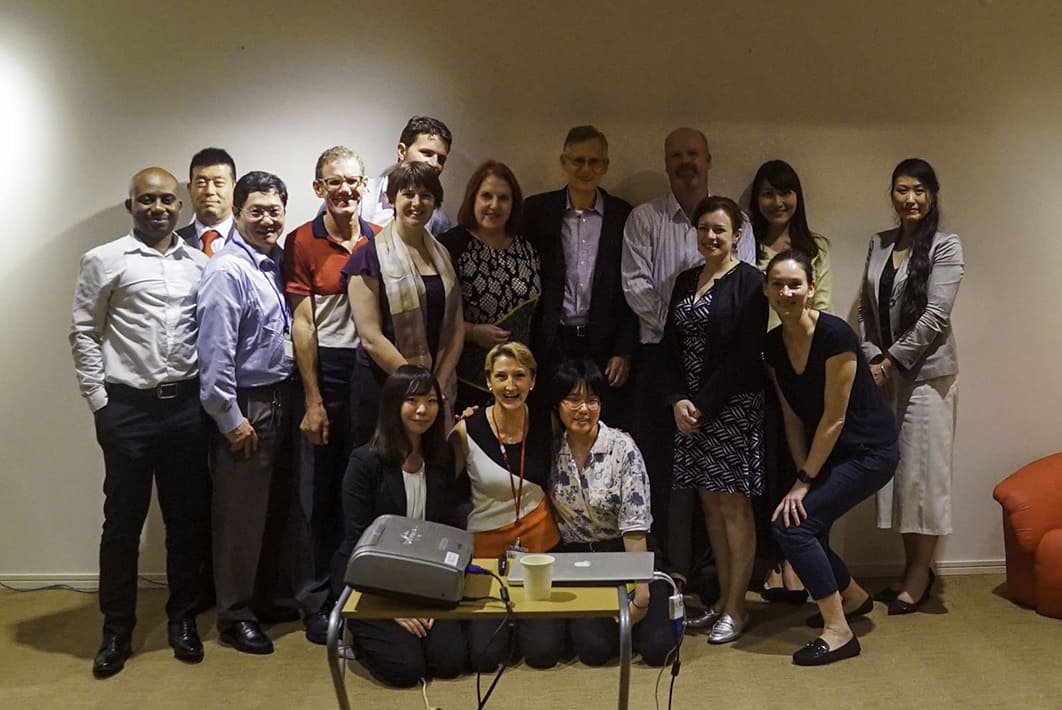 While dreaming of setting up a business that could impact the world, even in a small way, Duco Delgorge stumbled upon what every entrepreneur needs: a gap in the market.

It was 2005 and, although organic food was rapidly gaining popularity in Europe, it was still relatively unknown in Japan. Armed with experience of the Japan market and brimming with passion about the merits of sustainable living, Delgorge launched organic importing and wholesale firm MIE PROJECT (MIE is an acronym for Meaning, Inspiration, Effectiveness).

Thirteen years later, as he moves from chief executive to chairman of the business to pursue other entrepreneurial projects, he shared his thoughts on how he has developed the firm, at the BCCJ’s Small is GREAT XIII event on September 26.

Selling organic food to a population largely unaware of the product was far from daunting for Delgorge as he has long embraced challenges, both personal and professional.

On graduating university, he left what he describes as “the good life” in Sydney for the Netherlands. Soon after, in 1984, he departed for London with no plans, no job and £80 in his pocket. Yet, on his way from the port to his accommodation, he secured his first job, followed by other interim work including a stint as a night porter. During the day, he interviewed at countless firms but, with no success, was ready to give up when Unilever offered him a job

Five years later, he was transferred to Tokyo as marketing manager in the firm’s food department. But after four years was transferred back to England where he says he experienced his “first mid-life crisis” concerning the kind of work he should be doing.

“I realised I couldn’t keep on working in big companies. Even if you are a managing director, when you leave, your successor can change everything you were trying to do [in the role],” he said. Moreover, after reading books on sustainable development, he felt drawn to work that would address environmental issues and help future generations.

His began to look for ways that he could work in Japan and secured the Tokyo-based role of managing director of food ingredients firm Puratos.

Despite great success, including growth of the firm’s turnover by five times, Delgorge’s entrepreneurial spirit prevailed and he began using his free time to create a business plan for MIE PROJECT. Holidays were spent traversing Europe, seeking out inspiration and suppliers for the business.

“If you believe in something and you have the guts to try, what can happen? They can only say no,” he says of approaching suppliers.

With plans in place, he says he realised that he “had to jump off the cliff” and commit to starting the firm by quitting his job.

“I did lots of research and could see that I could make the business work in Japan. Organic food wasn’t doing well in Japan [at that time] because there wasn’t such good organic food coming in, so we wanted all our products to be delicious.”

The unique selling points of MIE PROJECT were therefore established as quality and taste; the organic aspect was an added benefit.

Over the following decade, Delgorge built up the firm—which now supplies almost 200 product lines from 21 firms, mainly based in Europe. Some 2,000 Japanese premium supermarkets, speciality organic shops and department stores stock the products, often as part of mainstream displays rather than in organic corners. This is part of the MIE PROJECT’s strategy to help shift organic from niche to mainstream.

Though he admits that any entrepreneur will undoubtedly face difficulties in the early days of a business, he encouraged attendees to keep positive and open.

“You start with your vision. Then you discover things and, as you grow, you continue to find new opportunities,” he says of the entrepreneurial journey.

Delgorge encouraged attendees, one quarter of whom said they want to start their own business, to remember the following points for entrepreneurial success: