The UK’s Global Image Ahead of Brexit 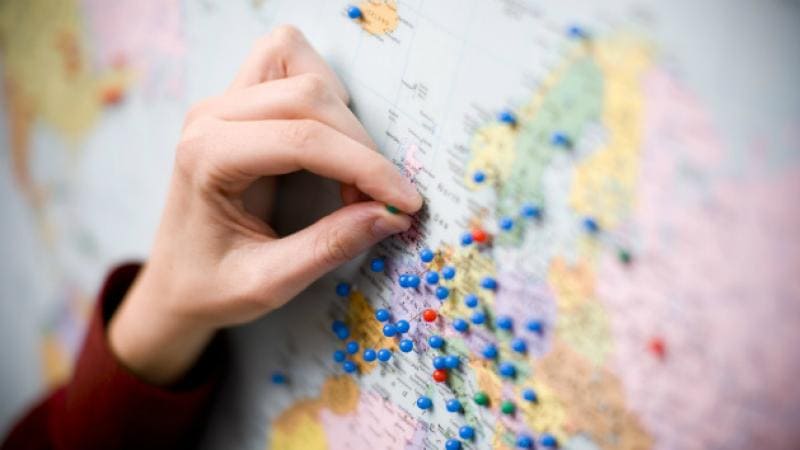 Despite the Brexit debate, the UK’s attractiveness among young people in the world’s leading nations exceeds that of pre-European Union referendum levels. That is according to Powers of Attraction, an April 2018 study commissioned by the British Council to get insight into how trust in people, government and institutions across the world shift over time.

Approximately 1,000 individuals aged 18–34 from each of the G20 member countries completed a survey on the attractiveness of countries on three occasions: before and directly after the UK’s referendum on EU membership in 2016, and in April 2018. Carried out by GfK Social and Strategic Research, the study is the most comprehensive survey recorded of young people’s views of the attractiveness of leading nations.

Matt Burney, director of the British Council in Tokyo, presented the key findings of Powers of Attraction and what they mean for business, at a study session hosted by the BCCJ. This session was a follow-up to an event held at the BCCJ office in June 2018, to discuss findings from the study’s first and second waves.

In April 2018, the UK was ranked overall as the fourth most attractive country among the G20 (up from third in the pre-referendum study). In first place was Canada, followed by Italy and Australia. After the UK came France, Germany and Japan, which moved up one place from the pre-referendum result.

The UK also rose one spot as a place to study, to second, and as a place to visit as a tourist, to fifth. Improvements were also seen in how the UK views Japan, in terms of study, arts and culture, and tourism.

According to Burney, the results “paint a positive picture” and show the need for caution when viewing Brexit solely through the lens of the UK media.

“The UK has experienced a decline in attractiveness among the European countries since the referendum but, among the Commonwealth and developed countries in Asia, including Japan, there has been improvement,” he explained.

This is evidenced by the uptick in Japanese students studying in the UK in recent years, which is remarkable given Japan’s shrinking market due to its ageing population, he added.

The results of the three surveys show little change in levels of trust between the UK and Japan. Japanese respondents’ trust in the UK’s people, government and institutions held fast or rose one place on the previous wave.

Both countries ranked each other in the top three for arts and cultural institutions, education and academic research, and science and technology. Compared to the previous wave directly after the referendum, Japan ranked the UK about 28% higher on average across these categories.

There was also a 21% increase on the previous wave in the UK’s position as a global power and as a strong example of a democratic society. In these questions, Japan ranked the UK second (up from third) and first (up from third) respectively.

Perceptions of attractiveness and trustworthiness have an impact on countries’ prosperity as they shape the personal choices of consumers, of what to do and buy as well as where to go and with whom to do business. Moreover, as Alistair MacDonald, senior policy analyst at the British Council, notes in Powers of Attraction, “perceptions of quality, reliability, value ethics and even coolness are all crucial determinants of countries’ soft power.”

The UK’s performance in the study, despite Brexit, shows its strong soft power. Its strength is reinforced by its top raking in Soft Power 30, in 2018. This index, produced by consultancy Portland and the University of Southern California’s Center on Public Democracy, measured data in six categories (government, culture, education, global engagement, enterprise and digital) to rank the UK top amongst 25 nations for soft power.

Burney noted that the findings are indicative of a sea change for diversity and inclusion. “Young people see it as essential to a company’s brand and, as they are future leaders, they are an important consumer market. Companies should mainstream diversity, not see it as a CSR initiative, or they risk negatively impacting their brand validity,” he said.

Meanwhile, in issues facing the world, Japan was the only country to rank migration as a top three concern. The response can be attributed to the country’s rural depopulation, ageing and shrinking population and current low level of immigration.