The Kyoto Distillery Experience: A Masterclass in Gin

Written by Sterling Content
April 16, 2021
Past Event Round Ups 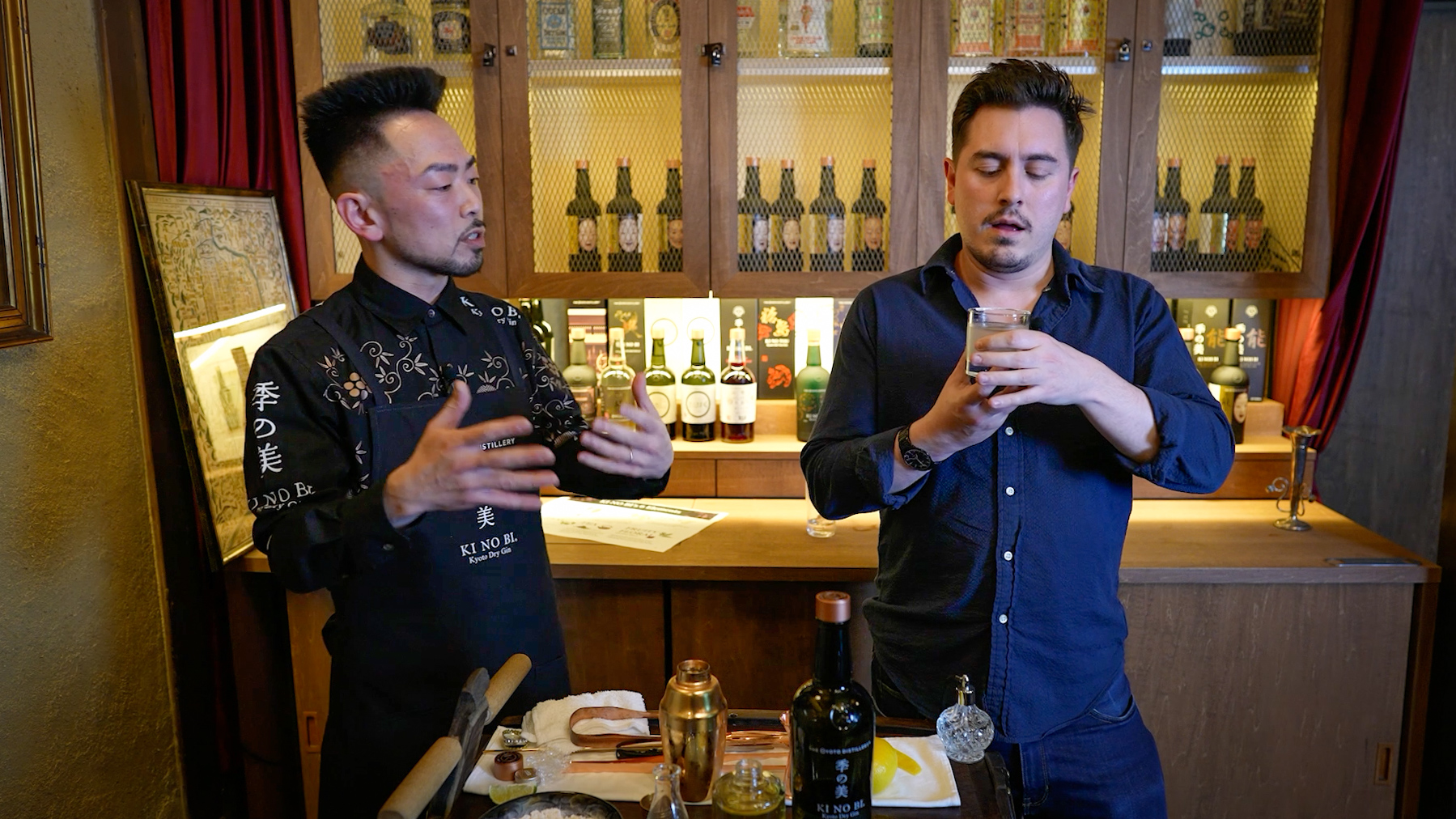 Written by Sterling Content
April 16, 2021
Past Event Round Ups

David Croll, CEO, introduced The House of KI NO BI, a renovated machiya townhouse opened in June 2020. Acting as The Kyoto Distillery’s “brand house,” the facility comprises five unique spaces where visitors can better enjoy gin and learn about its production.

They include the Gin Palace, a Victorian period room where drinks are served in antique cocktail glasses; Tenji no ma, which presents exhibits on the history and various styles of gin, and Konwa no ma, where visitors can join tasting sessions to try each of the elements that make up KI NO BI.

The concept behind the renovation, designed by Croll’s son Douglas, a graduate of The Bartlett School of Architecture at University College London, was the rediscovery and appreciation of the 100-year-old building. Many original features were restored, including the traditional garden, thanks to collaborations with local craftspeople. The wallpaper, for example, was produced by Kira Karacho, an atelier founded in Kyoto in 1624. All of its karakami papers for sliding doors are hand-printed on washi paper using woodblocks handed down from generation to generation.

Masahi “Marcy” Sakuma, manager of The House of KI NO BI, and Chris Broad, filmmaker at Abroad in Japan, presented the distillery’s popular gins and led attendees in mixing drinks.

The flagship product, KI NO BI Kyoto Dry Gin, was launched in 2016. Sakuma described it as “dry, with an essence of Japan and a soft, mild, clean taste.” Its unique flavour is thanks to the distilling of the 11 botanicals used in six distinct batches, or “elements,” rather than all together in the so-called one-shot method. The elements are “base” (juniper berry, orris, hinoki Japanese cypress), citrus (yuzu, lemon), tea (gyokuro green tea), spice (ginger), fruity & floral (red shiso leaves, bamboo leaves) and herbal (sansho and kinome Japanese peppers). Almost all the botanicals are sourced locally.

Next to be introduced was KI NO TEA, another dry gin. Only high-quality gyokuro and tencha teas are used in its production, while the label was made using a specially crafted wood block.

In the production of KI NO TOU, kokutou brown sugar from Okinawa is added in a process dating back hundreds of years, to a time when gin was a harsh spirit. Today, sugar is added not for palatability, but “to bring the gin to the next level,” explained Sakuma, adding that the drink has “a rich body and complexity.”

He also presented a range of distinctive items such as an award-winning gin liqueur, a gin infused with gold leaf and a gin made with water from a well in The House of KI NO BI.

Drawing on his experience working in hospitality in London for 10 years, he made a gin and tonic, a KI NO TEA cut with water, a Mayfair martini (a cocktail served only at the Gin Palace) and a gin mixed with ginger ale.

For pairings, he recommended Kyoto-made rice crackers and Japanese pickles. When asked about garnishes, he noted that look is as important as taste, prompting him to recommend lemon and lime peel or seasonal garnishes such as yuzu or strawberry for their visual impact.