The Gig Economy: Risks and Rewards

Written by Sterling Content
October 10, 2017
Past Event Round Ups 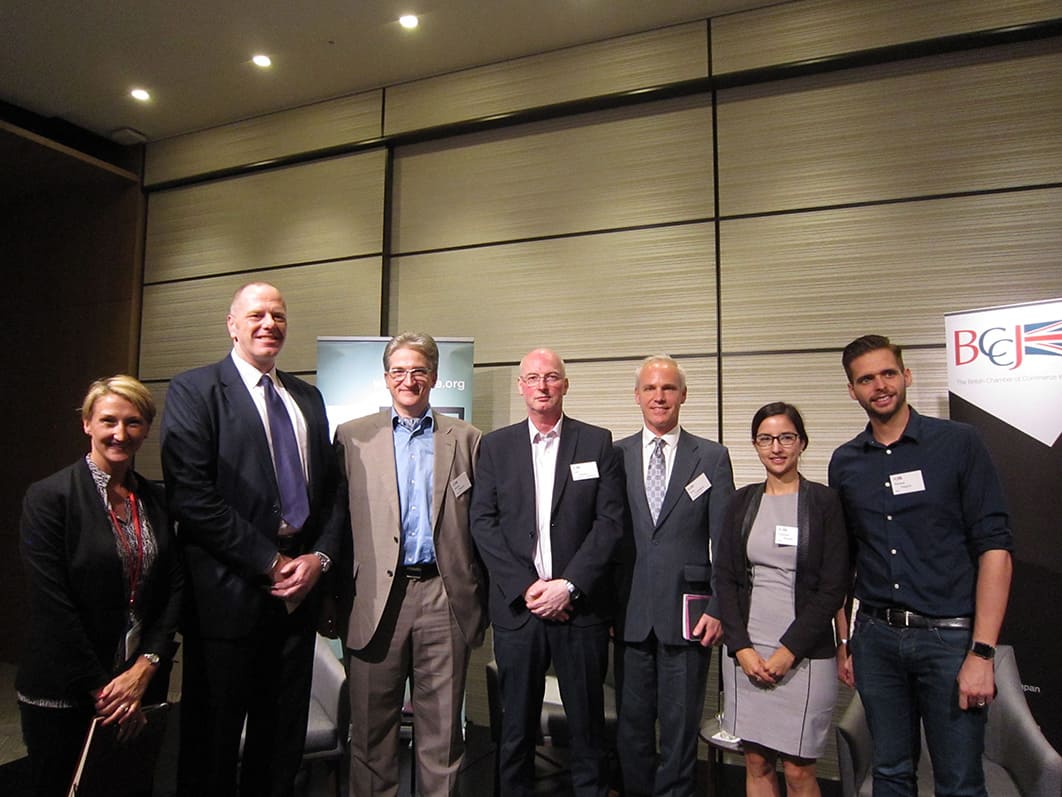 Written by Sterling Content
October 10, 2017
Past Event Round Ups

Freedom, fulfilment and entrepreneurial opportunities for workers as well as flexibility for businesses are just some of the hallmarks of the gig economy. Globally, however, governments, corporates and individuals are finding that the growing prevalence of this short-term or freelance work is not always so rosy.

At a BCCJ event on 3rd October, a panel of experts from business, investment and consulting shared their thoughts on the future of work in the UK and Japan.

Tony Greenham, director of economy and enterprise at the Royal Society of the Arts (RSA), opened the discussion by explaining that the changing nature of work is “one of the most prominent public policy and business issues in the UK.” He attributed the rapid adoption of the gig economy in the UK to the following major trends:

For millennials, he explained, gaining purpose and meaning through work is “more important than status or hierarchy and possibly even the amount of money earned.” The ability to be creative and entrepreneurial as well as the desire for a better work-life balance is also fuelling the burgeoning gig economy.

And it is not only the young who are welcoming greater work flexibility, but also parents, entrepreneurs and retired people.

In Japan, the demand for better working options is rising among young people, according to Thomas Pouplin, managing director of ikkai. He co-founded the Japanese crowdsourcing work platform two years ago with his partner Yasmine Djoudi, to match companies or individuals and students who do one-time tasks or short-term projects.

“Students in Japan are getting bored with traditional part-time jobs; they work crazy hours so they can’t go out or even study and they do the same thing over and over again, unable to skill up,” he said. “They want more experience and, after graduation, they want to join a company with some skills they can use.”

Moreover, by enabling students to try different jobs in a range of industries, Mr Pouplin believes that ikkai and other such platforms can reduce the number of “mismatches” that occur when companies recruit graduates. Some 30% of graduates in Japan quit their first full-time job within three years as it was not what they wanted or expected, amounting to company losses of 2.2 to 3.4 million yen per graduate, he explained.

“Students are also looking for something other than money: for contacts, skills and examples for their portfolio,” he added.”

Still, according to Gary Stanton, executive director at EY Advisory & Consulting Co., Ltd, there remains a degree of stigma in Japan about working a gig. However, the number of part-time or temporary workers has increased in the past 25 years, from 10.7% in 1988 to 18% in 2016 as companies adapt to cost and demographic pressures as well as skill gaps.

“The idea of striking out on your own and taking a risk, which is very common in Europe and the US, is very limited,” he said, adding that the compensation and benefits for some sections of the gig economy are “not particularly good.” In Japan, it is also difficult for gig workers in some companies to integrate as they can be seen as outsiders and therefore not readily accepted due, in part, to Japan’s strong group culture.

Noting that changes to this thinking could probably come only from structural changes such as to the learn-by-rote education system, Mr Stanton said Japan’s gig economy would inevitably “develop in a particular Japanese way that would not be like anywhere else.”

He pointed out that Japan’s gig economy—consisting of part-time, temporary, dispatch, contract and “entrusted” (retirees returning to work) workers—reflected a traditional model rather than a gig economy of the future.

“The traditional Japanese labour system of job security until retirement and age-based promotion provided stability when Japan needed to be a strong manufacturing economy but, in today’s innovation driven world, that system is under pressure,” he said. For a start-up economy to really take off in Japan there is a need not only for legislative changes but also “a big shift in how people think.”

Mr Greenham said there were many advantages of the sharing economy model but admitted that, in the UK, treatment of workers varies significantly between sharing economy platforms. He said that ikkai was an example of a pure model, whereby individuals contract with each other. Meanwhile, Uber is a model which has been accused of “operating the way it does to save enormous amounts of employment taxes and evade its responsibilities regarding health and safety.”

He added that the on-demand private taxi service, which had its licence revoked by Transport for London in September for public safety and security implications, is problematic because it is a platform that “controls rates, fares and the brand so you think you are contracting with Uber, but it is set up so that you are employing a driver for a ride.”

Moderator Jacques Deguest, representative director and CEO of crowdfunding entrepreneur ecosystem Angels Inc., pointed out that transparency issues are not the only concern; it is important that people in the gig industry are financially secure.

Zero-hour contracts, which are often used by retailers and cafes to adjust their staffing according to the number of customers they have at any particular moment, can threaten that security. While some workers have praised the flexibility they have provided, Mr Greenham pointed out that they can often be “great for business but terrible for employees, who don’t know day to day how much they are going to earn.”

The power play within the relationship between worker and company is the key issue, he explained, pointing out that workers should consider whether a zero-hour contract offers a “genuinely shared flexible approach or is in favour of the company.”

Legally, in the UK, workers were once simply categorised as employed or self-employed but the gig economy has resulted in an additional grouping: dependent contractor, i.e. someone who is not employed but depends on a platform for work.

Mr Greenham explained that, in order to establish some “sound rules and principles to navigate through these different models,” the UK government commissioned the RSA to carry out the Taylor Review of Modern Working Practices.

“The single most important recommendation was that we should have a national commitment to high-quality work,” he said, adding that work should offer fulfilment, progress, growth and learning for all workers, “not simply highly paid professionals in careers.”

The RSA also advised that steps should be taken to measure not only wages and unemployment, but also workers’ levels of job satisfaction, health, wellbeing and fulfilment: crucial factors that affect all workers’ enjoyment of work.