The Future of Education

Written by Sterling Content
December 20, 2019
Past Event Round Ups 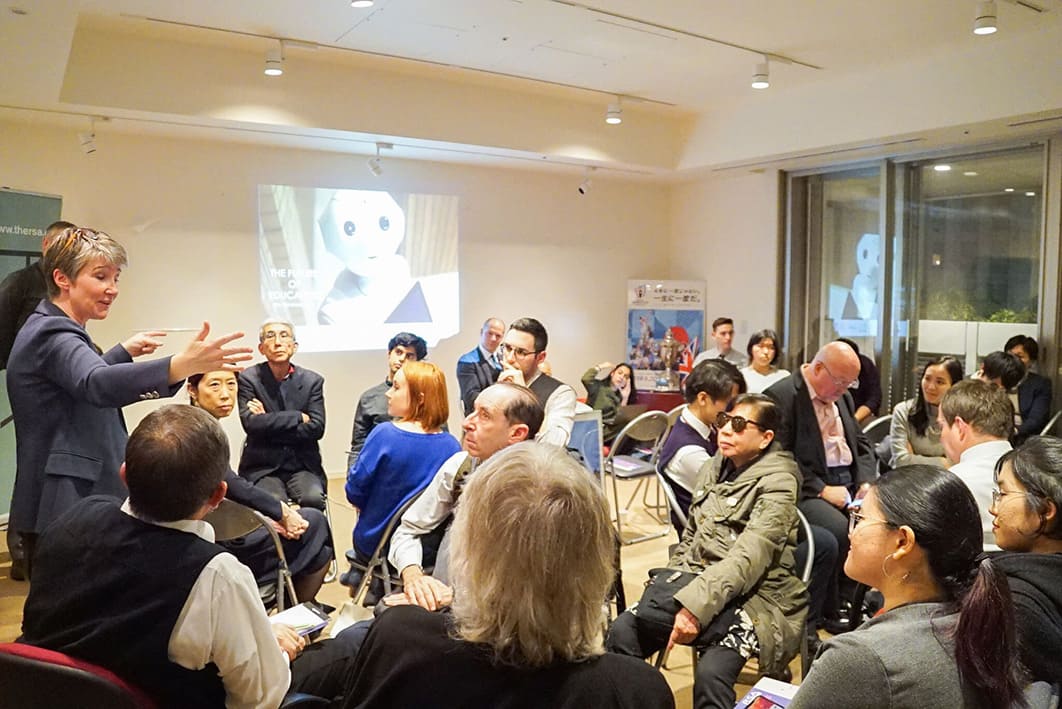 Written by Sterling Content
December 20, 2019
Past Event Round Ups

The BCCJ hosted the Royal Society for the Encouragement of Arts, Manufactures and Commerce (RSA) on December 10 with an interactive workshop on the future of education. The collaboration reflects both organisations’ interest in the topic, which is growing in importance amongst not only educators but also businesses and society.

As an interdisciplinary charity striving to release human potential to address challenges facing society, the RSA includes creative learning and development as one of its key areas of work. From its base in London, the 270-year-old organisation is striving to gather evidence that demonstrates the positive impact of a cultural curriculum on young people.

The BCCJ, meanwhile, in its Society 5.0 project is hosting events that explore how digital and tech innovation—such as in education—can help deliver sustainable business growth in both the UK and Japan.

Kirsten O’Connor, RSA fellow and director of BCCJ member firm Quest Tokyo, opened the event with an introduction to some of the issues facing teachers today. Some, such as assessment and planning are far from new, but others, such as teacher wellbeing and pupil mental health are proving increasingly challenging amid rapid societal change.

Add to that the need for professional development to ensure pupils receive an education to equip them for tomorrow’s world and teachers could be said to be at capacity. But O’Connor advocated the need for educators to make time for blue-sky thinking to consider how they can best deliver “21st century learning.”

In the current age of Industry 4.0, the fourth industrial revolution based on cyber-physical systems, tech developments in AI, IoT, advanced data analytics, cloud computing, robotics and so on are driving change at an unprecedented pace. As a result, said O’Connor, the children of today need to be prepared for jobs that have not been even invented yet. For example, the most in-demand jobs in 2017, according to LinkedIn, were machine learning engineer and data scientist: two emerging fields.

To help educators in this task, the World Economic Forum lists the top 10 skills for individuals to acquire in order to be successful in 2020. Unsurprisingly, these skills include “complex problem solving” and “critical thinking.” In 2016, the list was revised to include “emotional intelligence” and “cognitive flexibility” while removing “active listening” and “quality control.”

“We are seeing changes to what is being predicted as well as different skills jumping to the top of the list,” said O’Connor, adding that there is a growing realisation that students need not only knowledge but also to be able to “cognitively and flexibly use it.”

With vast volumes of information online, attendees suggested that memorization and other factual learning is no longer as relevant. Rather, children should do more practical work, including projects that allow them to develop skills.

However, O’Connor said that instilling a certain degree of knowledge in children remains important because it sparks curiosity and builds intellectual agility that inspires lifelong learning. It also helps children develop rational thinking, debating skills and the confidence to both make decisions and change their mind.

Attendees agreed that learning should be considered a lifelong process, so a key aspect of the education of the future should be creating individuals keen to continue their own personal development. As jobs evolve or are created, requiring reskilling or even a career change, individuals would therefore be prepared.

O’Connor said AI can offer education incredible opportunities, but it needs to be utilised effectively for students to understand and use it purposefully. Moreover, educators need to be equipped to tackle issues related to AI, for example how to introduce ethics and be aware of unconscious bias as AI is a product of humans’ past behaviour.

China, she said, has presented an interesting example of what is possible in this field. Its schools launched a dedicated AI curriculum in spring 2019 to teach children about AI, suggesting that AI is something “to learn about, not just learn through.”

Attendees expressed concern that if not used responsibly, AI would erode children’s ability to maintain critical thinking and creativity as well as to understand human emotion. Ultimately, AI could take education in an undesirable direction, some said.

The group noted that children today are doing less creative work as more benchmarks are set to track their learning, the final ones being exams. As creativity is recognised as a vital skill to instil in students, it was suggested that children’s abilities could be assessed without solely using benchmarks. Educators could also look at the volume of content in their curriculums to establish if more time could be dedicated to creative work.

Attendees noted ways to foster creativity outside regular classes, such as giving students

authority and agency to participate in their school’s governance or activities as well as encouraging personal reflection.

O’Connor noted the need to ensure that children are aware of, and equipped to, address the issues facing them and their world. A holistic approach to teaching the United Nations’ Sustainable Development Goals (SDGs) has been growing in importance in recent years, but she asked attendees to consider how to develop individuals who can change industry behaviour so these SDGs can be met. Again, the discussion pointed out the need to teach deep thinking rather than simply knowledge and understanding.

Others, meanwhile, pointed out the need for synergy because schools will not be the only place where children are taught about SDGs. What’s more, it is important that children learn about SGDs in relation to their communities and the world, for example by exploring Japan’s issues as well as those of other countries. 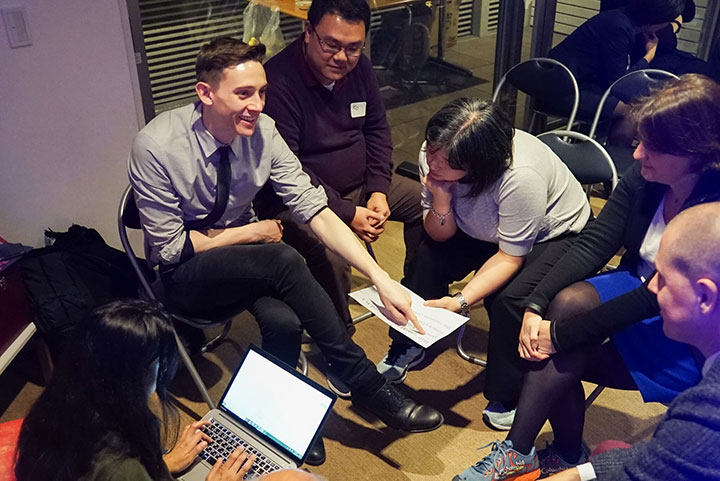 In closing, O’Connor expressed a desire for further discussion, pointing out the opportunity for “cross-pollinating conversation about the bigger aspects of education” in Tokyo. She said there is a need to prioritise action and suggested the establishment of a platform for educational discussion and ways to connect community specialisms with schools.

By doing so, the future of education may look even brighter.