Written by BCCJ
April 5, 2022
Community and Business, Past Event Round Ups 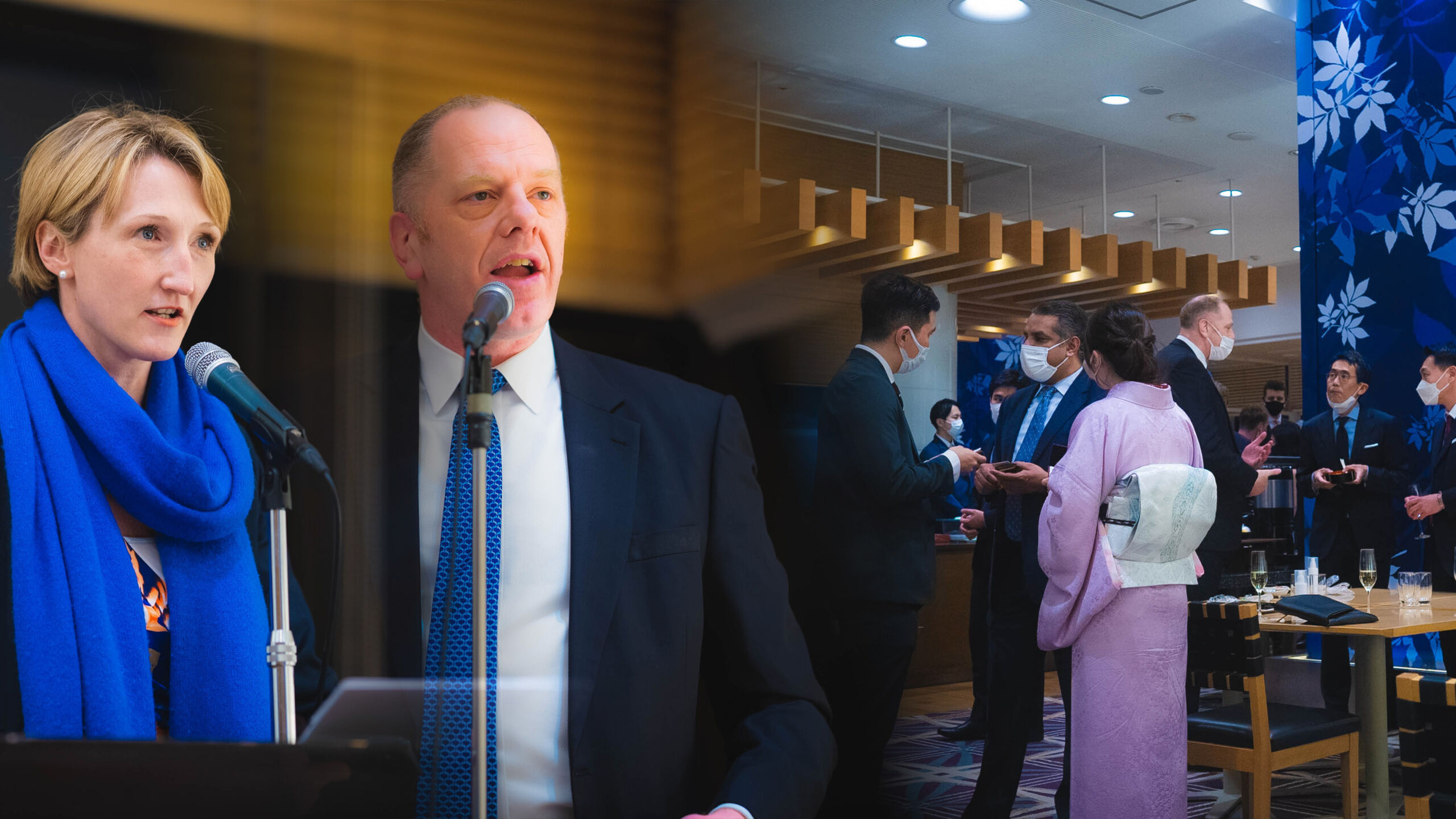 Written by BCCJ
April 5, 2022
Community and Business, Past Event Round Ups

The BCCJ was delighted to welcome 60 members and guests to “EGM2022, and Swing into Spring: BCCJ networking”, hosted in the the elegant surroundings of the Grand Prince Hotel Takanawa’s Grand Cafe Patio on March 17.

The event, scheduled originally for January 27, as a Shinnenkai and EGM, signalled a new season and also a new leadership era for the chamber.

The aim of the EGM was to further bolster BCCJ Governance. BCCJ members joined in person to approve Recommendations from the Executive Committee on a number of proposed changes to the BCCJ Constitution.

Opening the event, Lori Henderson MBE said she was delighted to see so many familiar faces. Over the past 11 years in the role of ED, she and the BCCJ team have strived on a daily basis, she said, to create a more inclusive BCCJ community and Executive Committee.

Lori will be passing the ED reins to Sarah Backley as of April 1 2022.

BCCJ President David Bickle announced the number of votes cast for and against the Recommendations which he said were designed to improve chamber diversity, inclusion and agility.

He reminded EGM attendees that from February 28  to Tuesday March 15 at 1800, Nominated Representatives from each BCCJ member company as well as all individual members were invited to e-vote on the Recommendation from the BCCJ Executive Committee (Excom) on the proposed changes to the Constitution

i) amend all-male pronouns to more inclusive language;
ii) permit citizens of countries other than the UK to hold the position of President and Vice President;
iii) allow for BCCJ AGMs / EGMs to be held virtually; and
iv) include Entrepreneur membership category

By the voting deadline the BCCJ had received 49 votes  – representing around 17% of BCCJ members. Votes in favour of the resolution were 47 (96% of those voting). The EGM motion was therefore passed.

Sarah Backley, Executive Director Designate said the changes should also ensure that the Chamber and its members have access to the best possible pool of committed candidates for Executive Committee leadership positions. She thanked everyone who has worked on this BCCJ Governance project over the past several months.

With the Recommendations now passed, the newly-updated Constitution will be featured on the BCCJ website in due course.

We were so pleased to have hosted this specially-arranged networking event with members, whilst remaining mindful of Tokyo’s public health situation.

The past month has seen a transition in how the BCCJ hosts events, introducing live-streaming & hybrid models, and now in-person too. By offering a variety of event formats, we seek to provide members with the best of both digital and in-person experiences. As ever, if you have any feedback on BCCJ events, or any aspect of BCCJ business, we would be delighted to hear from you at [email protected]

Do join us at the BCCJ Annual General Meeting!