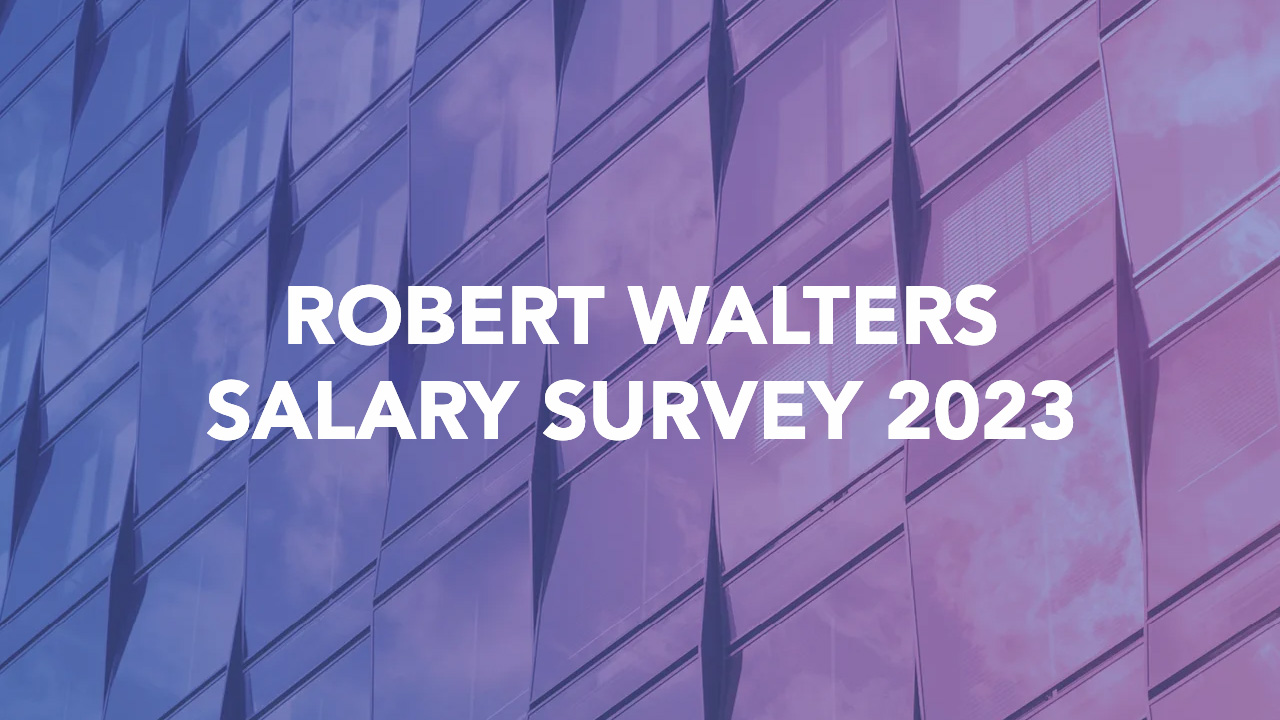 On 17 January, specialist professional recruitment firm Robert Walters Japan announced the launch of its digital “Salary Survey 2023,” which summarizes hiring trends and salary levels for thousands of roles across 31 countries including Japan and survey findings based on responses from 196 companies and 864 company employees working in Japan.

Companies surveyed also say they are beginning to implement retention initiatives ((1) – Hybrid work policy (63%); (2) Improved learning and development (62%) and Diversity and inclusion commitments (44%), however it would be worthwhile to further evaluate these initiatives and how companies can continue to drive retention to reduce further pressure on an already tightened workforce. 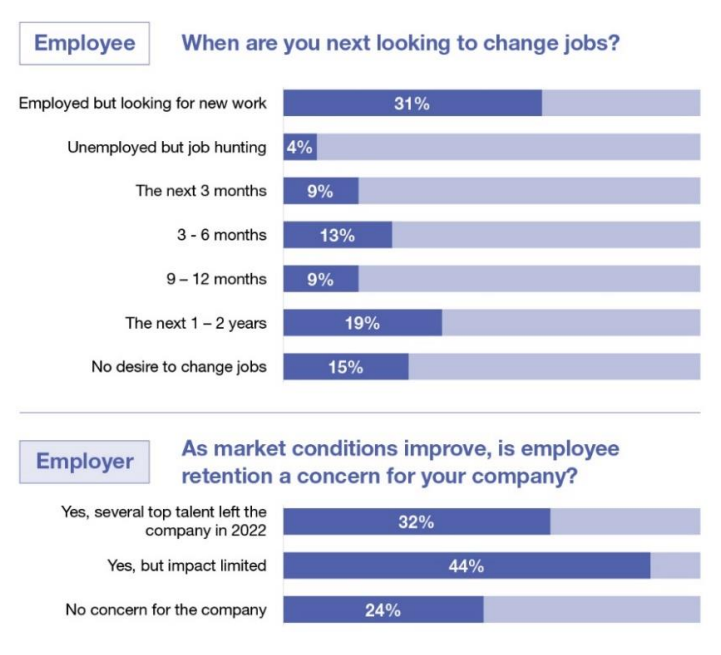 Discrepancy regarding salary increase expectation between companies and employees:

Among companies surveyed, 74% said they are likely to give salary increases during 2023 whereas only 44% of employees expect to get a pay rise during the same period. This is likely an indication that employees still “consider the impact of COVID-19 on companies” (the top reason at 19% for employees when asked why they would not negotiate a salary increase) as we move into a postpandemic time, whereas the reality is that companies say they are in the position to discuss giving a salary increase during 2023. Other reasons for the low expectation for a salary increase from professionals surveyed include “not jeopardizing job security (16%)” and “not sure how to do so (15%)”. revealing there is a need for better communication from employers to their employees to ensure salary expectations are more aligned. 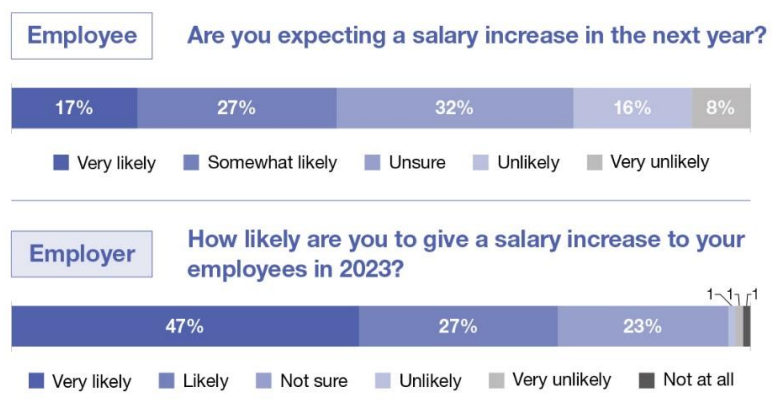 As the Japanese Ministry of Internal Affairs and Communications released data in December 2022 indicating a consumer inflation index the highest it has been in the country since the 1980s, professionals surveyed recognized the effect the cost of living has on salary paid. However, 74% of them did not expect their employer to reflect extra costs of living in a pay rise or bonus moving into 2023. In contrast to this, when companies were asked the reverse questions, 85% of companies surveyed said that they would evaluate the cost of living to some degree, regarding pay rise and bonus, showing a need for employers to better to bridge this expectation gap. 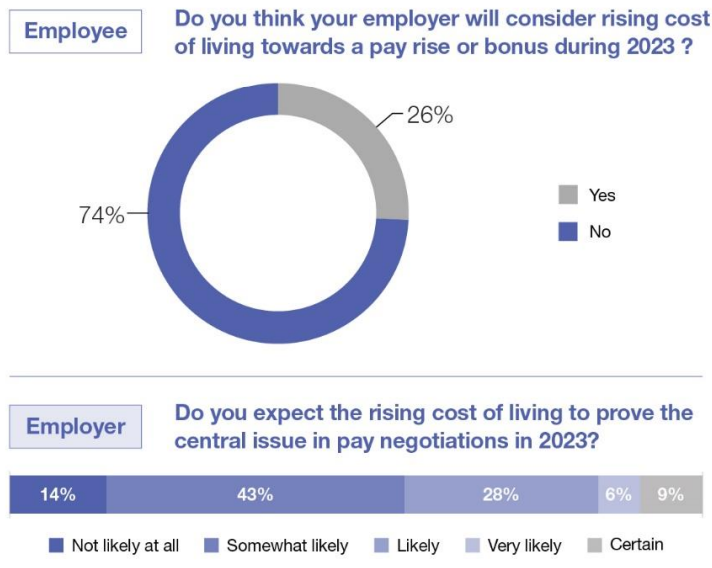 To summarize findings of this the Salary Survey 2023, Jeremy Sampson, Managing Director of North East Asia shares top takeaways to both employers and professionals for moving forward “Shifting from a pandemic-driven work life into a newer normal in 2023, accompanied with a rising cost of living unseen since the 80’s, professionals looking for a career change in Japan are placing more and more value on EVPs (flexible working, fulfilling work etc.) and a company’s values, culture and benefits which go beyond salary alone. As employers in Japan know well, the impact of the talent shortage across all industries has never been as acute than in current times; that coupled with a high rate of employees considering opportunities, we strongly urge firms across all industries to set a high priority on revaluating retention initiatives, clarifying pay increase and bonus potential and bolstering company culture to secure the well-needed talent to drive their businesses effectively through 2023.”

Established in London, United Kingdom, in 1985, Robert Walters is a specialist recruitment consultancy with operations in 31 countries around the world. Robert Walters Japan established its Tokyo office in 2000 and Osaka office in 2007. For over 20 years, we’ve been a driving force in the Japanese bilingual recruitment market, providing high quality candidates for our clients and access to the best jobs. Our consultants are experts in their respective industries and work in teams to provide recruitment consultation services across a wide range of industries and job categories.