Written by Sterling Content
October 23, 2020
Past Event Round Ups 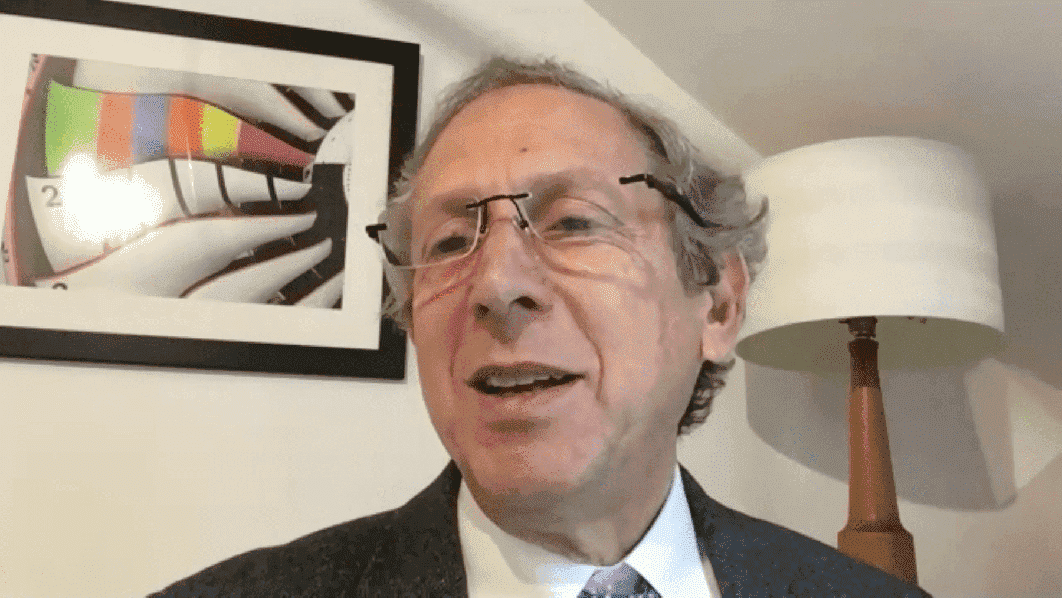 Written by Sterling Content
October 23, 2020
Past Event Round Ups

Representatives of Rolls-Royce joined a British Chamber of Commerce in Japan webinar on October 20 to outline the industrial technology firm’s leaps towards net-zero carbon.

They shared how Rolls-Royce is driving the use of more environmentally sustainable technologies in its three operating divisions: civil aerospace, power systems and defence. In addition, it is pursuing pioneering green ideas; namely, the electrification of aviation, the use of small modular reactors and the development of sustainable aviation fuels. These ideas, said Paul Stein, chief technology officer, are the “acorns for new businesses.”

Rolls-Royce considers itself part of the solution to the climate change crisis facing the world. Stein noted that the firm’s products can help in decarbonising sectors responsible for 47% of total man-made carbon dioxide emissions globally. These sectors are electricity and heat (41% of emissions); shipping and rail (3.4% of emissions) and aviation (2.6% of emissions).

Due to Rolls-Royce’s reliance on the aviation sector, the impact of COVID-19 on the business has been “quite enormous,” said Stein. With aviation grounded and a 60% decline in world passenger traffic this year, widebody engine deliveries have fallen and flying hours were down 75% year-on-year in Q2. As customers pay Rolls-Royce based on flying hours rather than engine sales, the firm has had to do a major restructuring in recent months. Stein remains hopeful that restoring passenger traffic is possible “with global cooperation and political will,” but admits that a rebound to 2019 levels may not occur until 2024 or 2025.

Still, the firm’s ground-based power generation systems business has taken a smaller hit from the pandemic and some end markets have even grown. “Uptake in the market for powering data centres is enormous as we all work from home and as more and more traffic goes onto the internet,” said Stein. Rolls-Royce’s defence business, too, has remained resilient.

The most significant impact of COVID-19, though, has been the placing of a “spotlight on aviation” and creation of  “an opportunity to build back better, in a way that accelerates the decarbonisation of air travel,” he said. Rolls-Royce, he added, is eager to contribute to the task. Its aviation plan consists of three pillars: jet engine efficiency, sustainable aviation fuels and disruptive third-generation technologies.

Stein noted that novel forms of propulsion will impact only short flights meaning that jet engines will remain in use for another 40 to 50 years. For aviation to be greener, therefore, jet engine efficiency must continue to increase.

Since Rolls-Royce began its operations, it has been improving the efficiency of its wide-bodied fleet engines by about 1% per year. With such progress, aircraft flying range will continue to increase. He predicts that, by 2022 or 2023, a direct service from London to Sydney could be possible. The firm’s latest innovation, a geared piece of architecture called  Ultra-Fan, is expected to provide a further “10% leap in fuel efficiency” and power planes in the early 2030s.

The latest jet engines are compatible with blended sustainable aviation fuels (SAFs), which can be produced from biomass, waste, nuclear power, or renewable power. Stein noted that all pathways are needed to create sufficient SAFs but nuclear and renewable energy represent the next generation of synthetic fuels, or e-fuels, whereby “the energy source is zero-carbon electricity rather than fast-growing crops.”

He predicts that the firm’s work with small nuclear reactors will support the supply of SAFs in the future. By 2050, it is estimated that 500 million tonnes of SAFs will be required annually to power the world aviation fleet. Delivering such volume will be a “massive industrial undertaking” and “big global enterprise,” he added.

While there are few ways in which Rolls-Royce’s disruptive third-generation technologies might impact long-range travel before 2050, opportunities exist in other areas. Stein said the work is about “planting seeds” for the future.

Activities include the production of propulsion packs for EVTOL (electric vertical take-off and landing) technologies, the application of hybrid-electric technology in regional aircraft and the development of longer-range engines.

In the area of ground-based power, the firm has created a hybrid-electric power pack that allows trains to be powered by electric rather than diesel while idling in, or departing from, stations. Another product is the microgrid, which offers islanded power to decarbonise operators such as airports, data centres or industrial complexes. A combination of solar energy, wind energy, a battery pack and a diesel engine; a smart controller determines which source of energy to use to reduce costs, improve reliability or reduce emissions at any given time.

Finally, Stein introduced the firm’s small modular reactors, which he described as “a revolution” in nuclear power. “Rolls-Royce—and the consortium that has designed other parts—has driven down the cost of nuclear power by prefabricating all the sections of the nuclear power station so that it can be built largely on site,” he said, adding that talks are underway with the UK government to use the system to get power onto the grid in 2029.

With a presence in Japan since 1964, the country is a key part in helping deliver the firm’s green dreams, said Stein. A lot of the research and development work to develop nickel super alloys and ceramic matrix composites—to replace metal in hot sections of jet engines—is being led in Japan. The firm also has strong relationships with Japan’s major airlines; ANA owns the largest fleet of Rolls-Royce-powered 787 Dreamliners and JAL boasts the A350 service, which is powered by the world’s most efficient jet engine made by Rolls-Royce.

Innovation is embedded in the fundamental strategy of the firm. It invested £1.46 billion in research and development last year and works with partners around the world to acquire its fundamental technologies. The network includes 29 research labs, most of which are in the UK, and seven advanced manufacturing research centres.

As part of the “innovation culture,” leaders are encouraged to be good listeners, encouraging ideas rather than pushing back, said Stein.

Jessica Poole, technical assistant to the chief technology officer, said the firm taps into its global teams, which have diverse backgrounds, to aid innovation. She added that, with the current focus on environment and sustainability in engineering, more people from a range of backgrounds might be encouraged to enter the sector, thereby boosting diversity and inclusion.