Written by Sterling Content
March 13, 2020
Past Event Round Ups 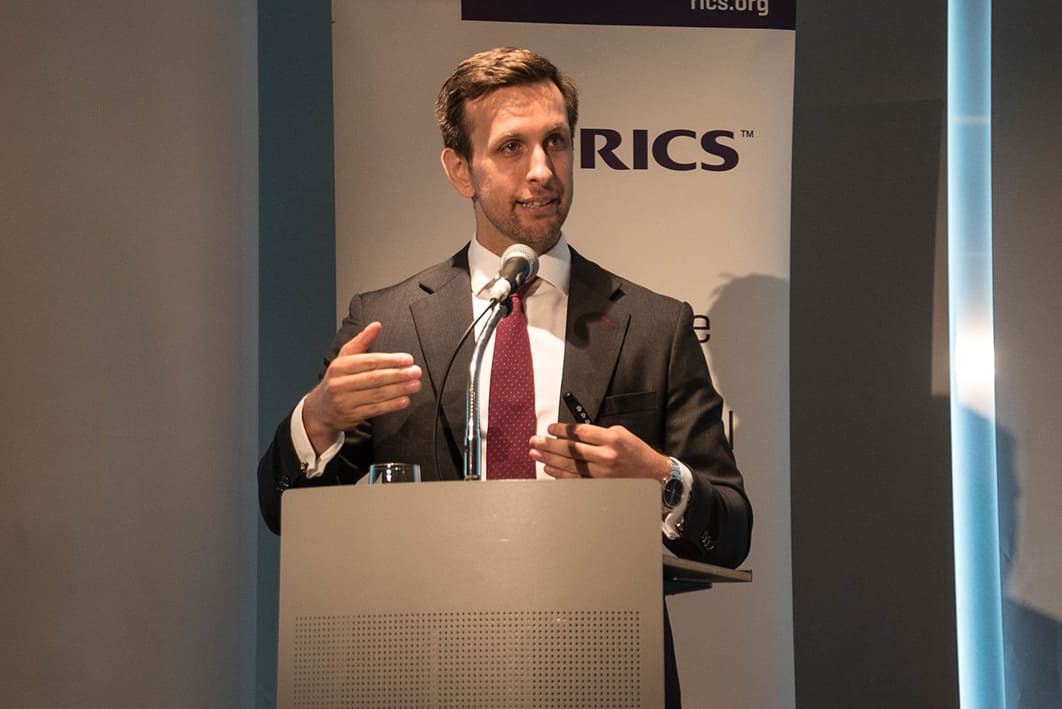 Written by Sterling Content
March 13, 2020
Past Event Round Ups

Tokyo’s commercial property market is set for further gains in 2020, with cheap money and limited supply luring investors despite the coronavirus crisis. That was the message from Sean Ellison, senior economist for Asia-Pacific, Royal Institution of Chartered Surveyors (RICS), at the BCCJ’s February 27 event at Roppongi Hills Club in Tokyo.

“Despite a slowing growth environment, sentiment around the real estate sector has remained extremely positive and actually ticked higher in the fourth quarter 2019,” he said, noting that both occupier and investment sentiment in Japan had improved.

Record low-interest rates in Japan and other developed markets have led to higher valuations of assets such as property, with yields now “extraordinarily tight.”

“Looking at the fundamentals for Japanese property, you can see demand from occupiers has been rising at a fairly robust pace since 2013, while the supply of properties available to rent has been extraordinarily tight … there’s a lot of money chasing property and not a lot being transacted,” Ellison said.

The Sydney-based economist said Tokyo’s demand and supply fundamentals “are among the most supportive for prices and rents in the world,” trailing only Berlin and Toronto. In the Asia-Pacific region, only the New Zealand city of Auckland has a better outlook, according to the latest RICS survey.

Looking ahead for 2020, Ellison said Tokyo’s commercial property market is expected to see around 1% growth in both rents and capital values, albeit expectations have moderated slightly compared to the previous quarterly survey.

Nevertheless, “when you consider the cost of financing relative to other markets, the expected performance in rents and capital values is pretty robust, especially compared to other assets like a 10-year bond,” he said.

Among the commercial property sectors, Tokyo’s industrial and office markets are expected to gain in 2020, with even the retail sector seeing some growth, “in contrast to most developed markets,” he added.

However, with COVID-19 spreading throughout Asia and the world, Ellison said it would have an impact on the property market, particularly the retail and hospitality sectors as Chinese tourism grinds to a halt.

Chinese tourists spent an estimated US$277bn overseas in 2018, also accounting for around a third of total visitor spending in Japan.

Ellison pointed to anecdotal evidence suggesting that supply chains are already being affected, with an estimated 35% of parts used by Japanese manufacturers connected to China. He cited the example of a single Chinese town that is responsible for more than a third of global sock production, noting “these everyday goods are going to be in short supply.”

For businesses, Ellison suggested price pressures could increase once the crisis passed and firms attempted to fill a backlog of orders, while the virus could also help accelerate moves by multinational corporations to shift supply chains from China.

However, the economist said the crisis “isn’t a financial crisis … you’re not looking at a crisis in demand, and supply can be brought back quite quickly.”

Fellow panellist Neil Hitchen, executive director and head of Japan markets at real estate services provider JLL, pointed out there are other potentially disruptive forces for the property sector aside from COVID-19. Technological forces such as robotics and automation, for example, are having an impact, along with co-working and “agile” working, which would likely accelerate due to the coronavirus.

He also suggested that Google’s move into Tokyo’s Shibuya district could see rents in the area accelerate, as seen in London and New York following moves by the global tech giant.

Ellison cited evolution of the retail sector as another example that, in the medium term, could “take on some characteristics of logistics, where large centres become supply centres.” 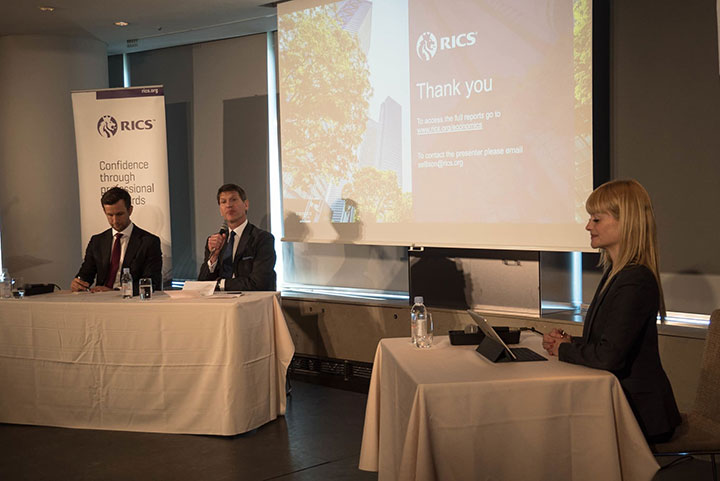 For Tokyo though, Ellison said the current growth in the city’s commercial property market had “staying power.”

“Looking at Japan through the lens of the Asia-Pacific [region], there’s only two other cities that global investors are looking at: Sydney and Melbourne … even if you include Singapore, the size just doesn’t compare,” he said.

“Shanghai and Beijing might get there someday, but there’s still issues around capital convertibility or the quality and transparency of data that you have when you’re operating in those markets that just doesn’t exist in Japan. So, Japan, and Tokyo specifically, is going to continue to be a popular destination for foreign investors for at least the next 10 years … Globally the only two markets that compare are New York and London.”

JLL’s Hitchen agreed, pointing to the solid current prospects for the Japanese market.

“From an occupier perspective, the fundamentals for Tokyo and Osaka are strong for the office sector. We continue to see rental growth of 4–5% … there’s an off-topic discussion on why it’s not growing more, given that vacancies over the past five to seven years have been quite low, and are currently below 1% in both Tokyo and Osaka,” he said.

“Fundamentally, we see the demand situation remaining unchanged. COVID-19 will be a short, sharp shock. It could impact on our earnings, but from a market perspective we still see the fundamentals for Tokyo office as fairly good. Logistics as well, that’s one market that will be robust moving forward, retail perhaps less so.”

Nevertheless, Hitchen suggested that demographics would eventually have an impact, with Tokyo’s workforce expected to start shrinking post 2027. He also argued demand would become highly centralised in core markets such as Tokyo, facilitating personnel strategies such as agile working.

“Demand in central markets will start to decline but it will be heavily centralised, and we’ll see more remote working in markets, so for Tokyo it would be somewhere like Yokohama and other suburban centres,” he said.

An audience member then probed the panel on the impact of the Tokyo Olympic and Paralympic Games, with the speakers suggesting it had not made a “noticeable” direct impact on already bullish sentiment.

The issue of climate change was also raised by BCCJ President David Bickle, with RICS’ Ellison indicating that insurers were starting to force change, based on building specifications.

In the meantime, though, low interest rates and a limited pool of assets suggest Japan’s commercial property market is set for further gains, particularly after the coronavirus crisis eases.