Written by Sterling Content
July 3, 2020
Past Event Round Ups 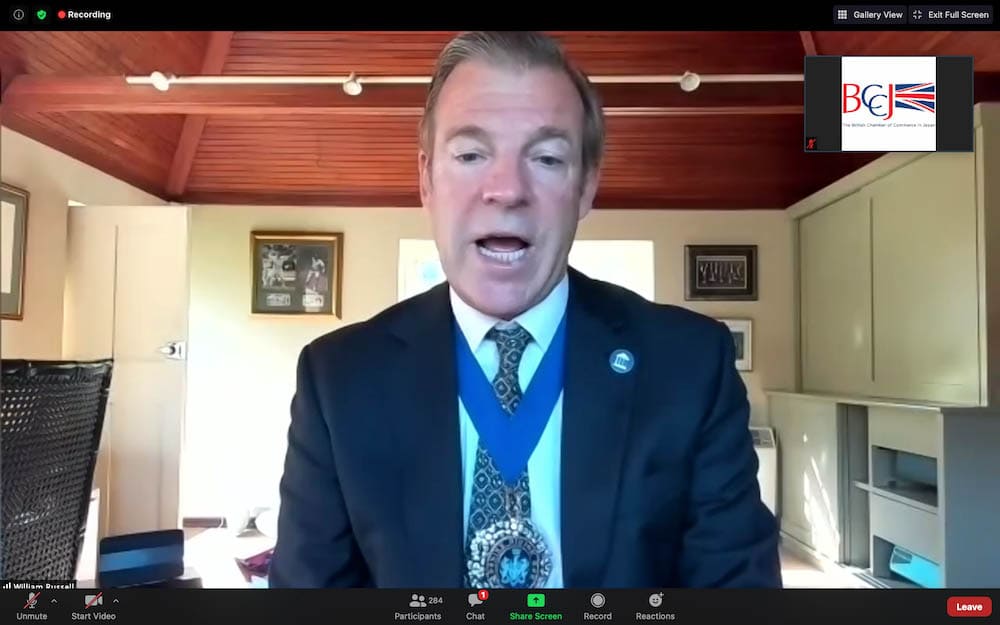 Written by Sterling Content
July 3, 2020
Past Event Round Ups

Public Policy Projects, a UK-based policy advisory and development organisation, and current affairs magazine The Diplomat have launched a series of online events to discuss how the world can recover from the novel coronavirus outbreak.

The World Economic Series will consider the activities of various countries to restart their economies, as well as steps to stimulate world trade and investment, bringing together representatives from some 100 diplomatic missions in London and key players in economic activity around the world.

Members of the British Chamber of Commerce in Japan joined the inaugural webinar, “Rebooting the world economy,” on June 25. It featured HM Marshal of the Diplomatic Corps Alistair Harrison CMG CVO and the Rt Hon Lord Mayor of London Alderman William Russell.

The HM Marshal emphasised the need for global collaboration and learning in the face of “the most challenging world crisis of our lifetimes.” Economic diplomacy, he said, is going to become more important than ever as countries must work together, both bilaterally and via multilateral networks, to restart the world economy.

He called on diplomats to avoid the pitfall of protectionist measures seen in the 1930s in response to the Wall Street crash. “The economic fundamentals haven’t changed,” he said. “Protectionism will always be a self-defeating policy.”

Diplomats must instead focus on pursuing trade deals “in a speed never before seen.” Agility, too, will be vital, while “the diplomatic virtues of patience and persistence” may have to be refined to reflect the need for “new urgency of thoughts and actions.”

The crisis has accelerated change and disruption, forcing people to rethink supply chains, economic models and even finance, as interest rates swing from negligible to negative. This has brought challenges as well as opportunities, he said.

To tackle the crisis, specialised agencies and humanitarian organisations, including the United Nations and the World Health Organization have a greater role to play, while regional groups like the G7 and G20 will have to rethink their agendas. Still, the HM Marshal called on all to pull together because “a quick recovery is going to benefit all nations.”

The novel coronavirus, said the Lord Mayor, has shown the necessity of international relations, as the world has responded to the outbreak “by working closer, from further away.” He pointed to international scientists developing vaccines, armed forces shipping personal protective equipment to those in need and business collaborations.

During lockdown, the City of London Corporation’s priorities have been threefold: “supporting the City to help employees, businesses and the financial system; sustaining work on the UK’s long-term competitiveness, such as by continuing climate action work; and helping relaunch a full and strong economy.” The Lord Mayor has been “in listening mode” throughout, using a “virtual engagement programme” to speak to established business partners worldwide.

Now, as the UK moves into recovery stage, it is vital to consider how lessons learned during the crisis can be used to improve both international relations and the world. Everyone must consider how to “build back better,” he explained, noting that many firms insist the recovery must be green.

As a leader in green finance, the UK is well placed to help achieve that goal. There are more than 130 green bonds on the London Stock Exchange and the financial sector is working to reach net-zero carbon emissions by investing in sustainable infrastructure and modelling how climate change affects global markets. Moreover, in 2019, the City of London Corporation and the UK government co-launched the Green Finance Institute, a forum for public and private sector collaboration in green finance, designed to accelerate the domestic and international transition to a sustainable, net-zero carbon economy.

“All this provides us with a great opportunity to improve our infrastructure as we emerge back onto the global stage. There is real opportunity to come back from the pandemic stronger than ever before,” said the Lord Mayor, noting that the UK retains its place as a world leader and great friend to its international partners.