Written by Sterling Content
November 8, 2021
Past Event Round Ups 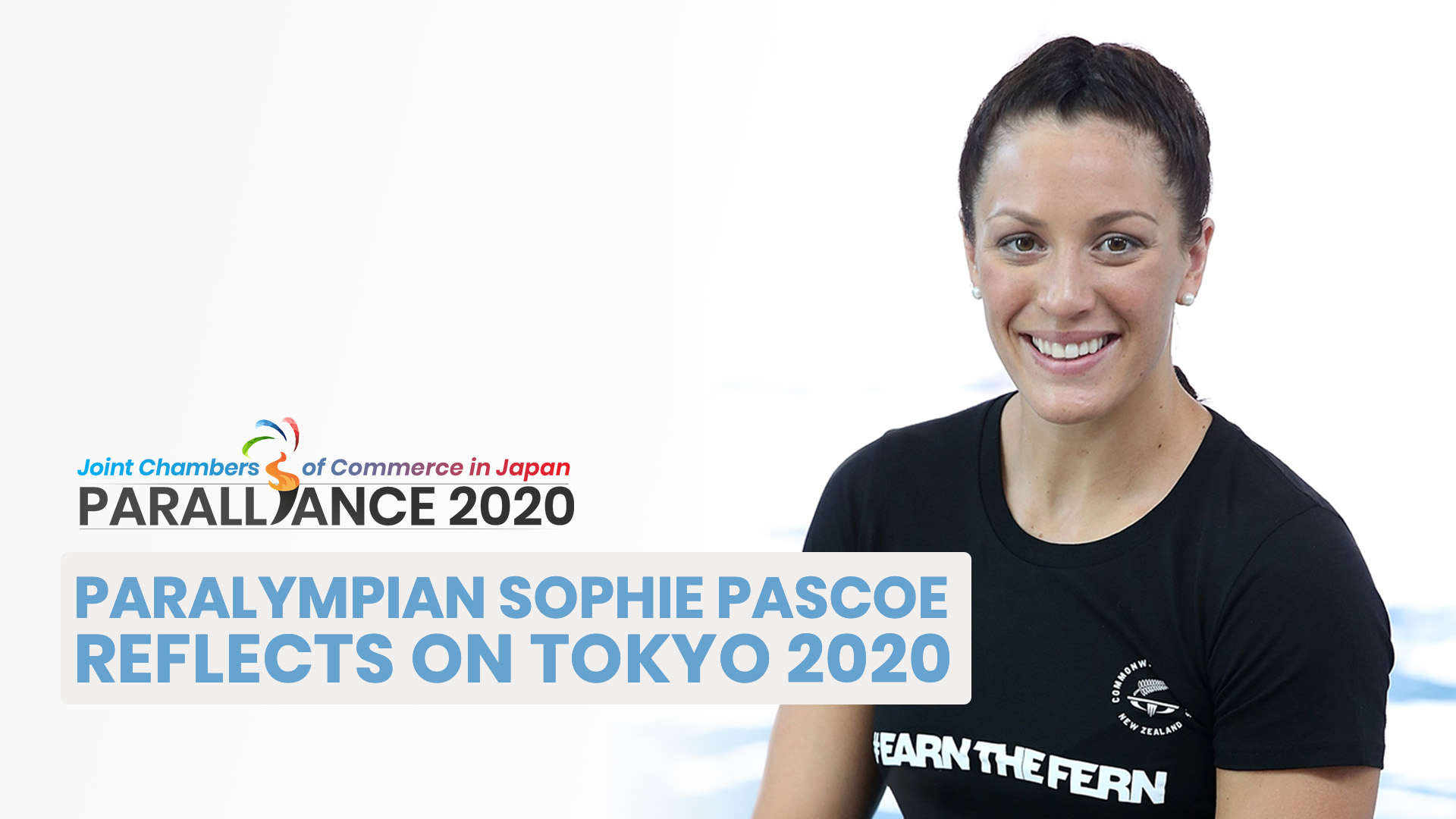 Written by Sterling Content
November 8, 2021
Past Event Round Ups

The British Chamber of Commerce in Japan co-hosted an online fireside chat with award-winning para-swimmer Sophie Pascoe in September, following her medal-winning performance at Tokyo 2020 that saw her scoop two golds, a silver and a bronze.

New Zealand’s most decorated Paralympian and five-time Sportsperson with a Disability spoke to members and friends of the Japan Paralliance, a coalition of 20 international chambers of commerce in Japan committed to fostering a Games legacy of more inclusive communities and embracing opportunities for international business and exchange.

Pascoe shared details of her long and challenging road to Tokyo 2020 and discussed how the world can maximise on the legacy of the Paralympics to raise awareness of issues around disability.

When Pascoe was two, a lawnmower accident resulted in the amputation of her left leg below the knee and severe nerve and muscle damage to the back of her right leg, but she says her parents never treated her any differently to her able-bodied sister.

“I grew up not knowing any differently,” she says of her early years. “Every challenge was taken on with passion and drive. If I couldn’t do it the same way as others, I would do it differently … adversity has given me strength to fight.”

Her love of swimming grew from age seven, when she started taking lessons as part of her school curriculum. She was faster in the water than her able-bodied peers and was soon selected to join a sports competition for disabled children. While there, she outswam a current Paralympian, attracting the attention of a coach who said she could represent New Zealand on the world stage.

“I loved swimming right away … the challenge and drive,” she recalled. “It made me feel no different to anyone else. People saw me as Sophie, the swimmer, not Sophie with one leg; it overshadowed by disability.”

The sport took her to the World Championships where she won a bronze medal, before she made her Paralympic debut at Beijing 2008. At 15-years-old, her appearance was intended solely as preparation for future Games, but she scooped three golds and a silver.

Since then, she has appeared in three more Paralympics (London 2012, Rio 2016 and Tokyo 2020), winning 19 medals and becoming the 30th most medal-winning Paralympian of all time.

The road to Tokyo

Going into 2020, Pascoe was in peak condition, but the outbreak of the pandemic hampered both her physical and mental wellbeing. Lockdowns restricted her training and competition scheduling, while the announcement of the postponement of the Tokyo Games shook her identity. With so much of herself tied up in being an athlete, she “felt her world crumble.”

While transitioning through those “challenging times” and “dark places,” Pascoe said she found herself again as a person by focusing on her mental health. As 2021 approached, she worked to restore her fitness level, albeit with restrictions, including being unable to use a pool for 12 weeks due to a lockdown.

“As athletes, we prepare for a time, a date and a place. To have that removed meant it was really challenging to have motivation,” she said. “I’m fortunate to have an incredible support team and I thank them for getting me back to all the processes that a professional athlete needs to do.”

Pascoe expressed her pride at overcoming many obstacles to compete, including contracting a respiratory tract virus three weeks before departing for Japan. “I can hold my head high that I gave everything I could [to be there],” she said, adding that Tokyo 2020 has shown that no matter her outcome, she is still loved, which is “the most important thing.”

She attributed the return of her strong sense of self partly to her participation in EY’s Women Athletes in Business Network, which won the British Business Award for Diversity & Inclusion in 2020. As a mentee of WABN, which she described as a “incredible program,” she could “link up with like-minded people who have been in the same position and know the struggle of finding yourself outside sport.” She put everything she could into the program and spent time finding out who she is “as Sophie Pascoe,” she added.

Now equipped with the confidence, network and skills to pursue a second career in fashion when she eventually retires from swimming, she expressed hope that she can one day “give back outside of the pool,” too.

With stringent anti-Covid measures placed on athletes 14 days before their departure for Japan and during the entirety of their stay, Pascoe says keeping healthy was a priority during Tokyo 2020. After securing a negative Covid test on arrival, she moved to the Athletes’ Village where protocols included 24/7 mask-wearing except while eating and competing and 2-metre distancing at all times.

“We had to treat everyone as if they had Covid,” she said, adding that the Games will “go down in history as the most unusual.” Still, she commended Japan for its “brilliant” hosting, from the perspective of both virus countermeasures and accessibility.

“Tokyo 2020 was the most accessible Games I have ever been to,” she said, adding that “Japan thought of everything for everyone before the buildings went up.”

Asked how Australia might learn from Japan ahead of its hosting of Brisbane 2032, she said work should be twofold: on accessibility and profile-raising.

The Paralympics are inspiring because they show what people with disabilities can do “on the world stage,” she said. “That needs to be covered more. By 2032, there needs to be equal coverage of the Olympics and Paralympics; it’s important to show everyone as equal … we are all taking on the world at the end of the day.”

Building on efforts related to Tokyo 2020, she called on people to make the disabled community feel more like part of society. If everyone is “interacting day to day like we’re all equal,” she said the message would get across that everyone can make a difference. 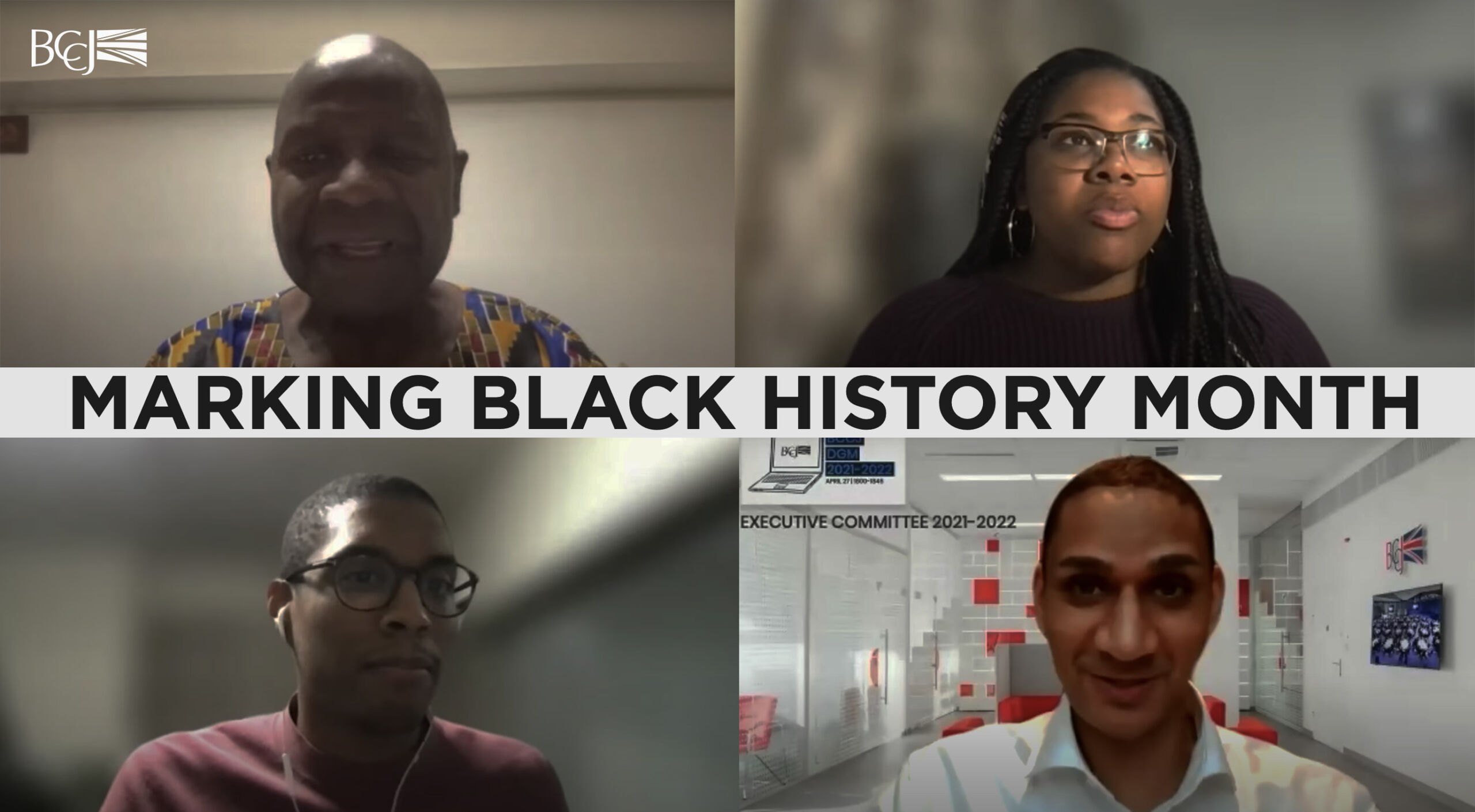 In October, the British Chamber of Commerce in Japan (BCCJ) marked Black History Month, an event to ... On November 10, the BCCJ was pleased to co-host two Virtual Roundtables, led by the Director for Tra ... 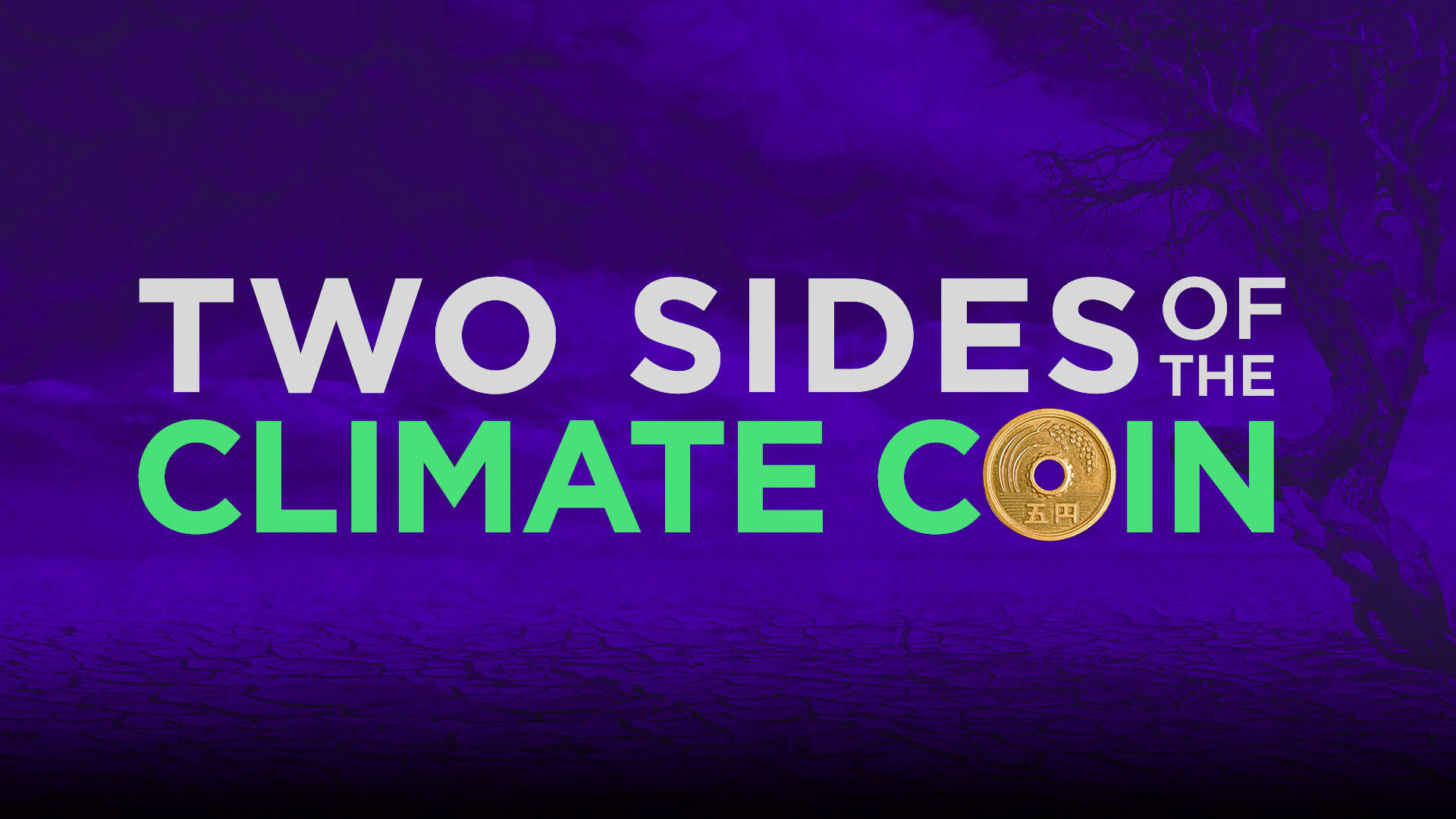 With the world’s hopes pinned on greater global action on climate change at the 26th UN Climate Ch ...