Paralliance marks one year to go to 2020 Paralympics

Written by Sterling Content
August 28, 2020
Past Event Round Ups 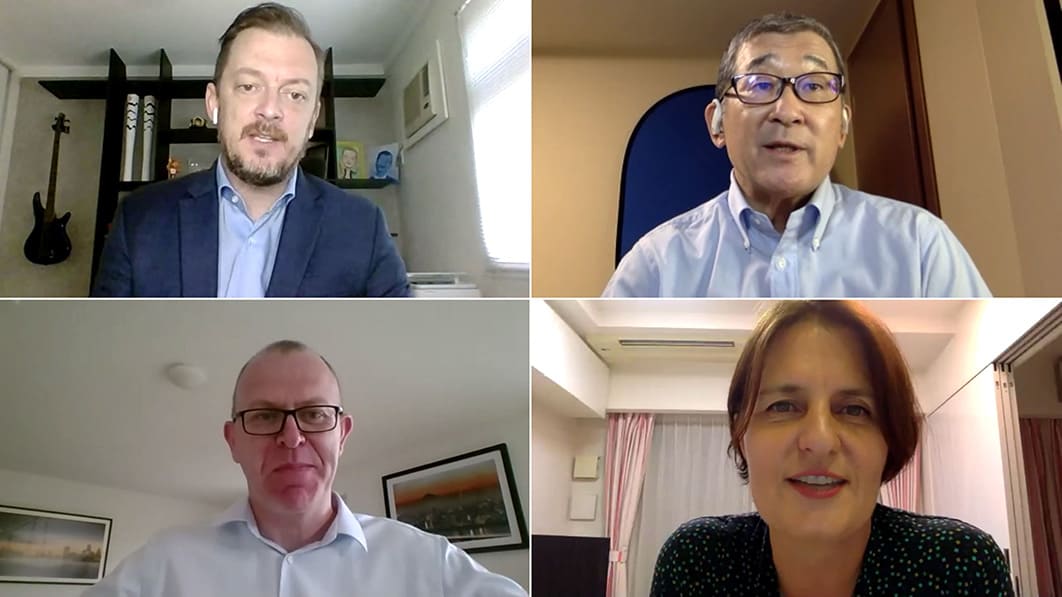 Written by Sterling Content
August 28, 2020
Past Event Round Ups

The International Paralympic Committee (IPC) remains upbeat about hosting the Paralympic Games in 2021 and leaving a valuable legacy, even in the face of uncertain and challenging times ahead.

Representatives addressed members of the British Chamber of Commerce in Japan (BCCJ) on August 24 in a special one-year-to-go webinar hosted by the Paralliance, a group of 20 international chambers of commerce formed to support Paralympic-related activity in Japan.

Andrew Parsons, president of the IPC, said postponing the Paralympics had not been an easy decision for organisers, but it remains the right one, as offering a safe environment is of upmost importance.

Yasushi Yamawaki, IPC member at large, outlined rescheduling efforts so far, which have focused on securing venues, volunteers, transport and accommodations over the same two-week period in 2021. Efforts have also included renegotiating thousands of contracts with vendors, sponsors and other stakeholders and minimizing costs involved with the postponement.

“It’s been the most demanding period ever for the IPC,” shared Parsons, pointing out that the challenges and stresses of pandemic-induced teleworking had put extra pressure on the team.

A roadmap for delivery

Since the announcement in March that Tokyo 2020 would be postponed for one year, the Games’ various governing bodies have met remotely to agree new principles for the delivery of the Games in 2021 as well as a roadmap to get there.

“The safety of athletes is our number one priority. Everything else related to the Games will be downscaled to save costs,” said Parsons, adding that the decision will impact the level of service to all clients and stakeholders.

Under a newly created roadmap, planning will continue until the end of September, followed by reviews of the services required. While organisers will closely follow the progression of the pandemic, Parsons said everyone was working under the expectation that the Games would be held on the planned date.

Legacy for Japan and the world

Craig Spence, chief brand and communications officer of the IPC, shared his optimism that Tokyo 2020 can leave a lasting impact on people’s attitudes to disability, pointing out that Tokyo is already seeing success in this area.

One year ahead of the London 2012 Paralympics, he explained, only 1% of British people surveyed could name a Paralympic athlete. However, in a recent survey of Japanese people, 45% of respondents gave tennis player Shingo Kunieda as an example of a Paralympian.

In the area of accessibility, meanwhile, 99% of Japan’s stations are expected to be barrier-free by the launch of the Paralympics, up from 75% when Tokyo won its bid for the 2020 Games.

Yamawaki has also seen evidence of positive change in society through his work as chairman of the Nippon Foundation Paralympic Support Center. Established in 2015 to ensure the success of the 2020 Paralympics and promote parasports, the centre’s activity includes promotion and delivery of education about the Paralympics to help create an inclusive society.

“We have seen significant change in realising the awareness of parasports and people’s perceptions of disability,” he said, adding that 36,000 primary and secondary school children in Japan have taken part in the centre’s education programme. “Children who learn from this unique, never-seen-before programme will become future leaders who help create an inclusive society after the Paralympics. And they will teach their parents, too.”

Spence said this form of “reverse education” has long been an important part of Paralympic-related legacy activity. During London 2012, which Spence said is considered a benchmark for Paralympic success, children who were touched by the Paralympic message challenged their parents’ perceptions of people with disability who, in turn, educated their parents.

Long-term, the IPC’s goal is for the Paralympics and its Inclusion Summits to change hearts and minds so more people with disabilities can enter employment.

“Change starts with sport. We want to focus on employment because employment means citizenship and active participation in society,” said Parsons.

Previous Paralympics have shown that change is possible, according to Spence. One in three respondents to a UK survey (an estimated 20 million people) said London 2012 had changed their attitude to disability. Moreover, six years after the Games, one million more people with a disability were employed in the UK, he said, expressing his hope that Tokyo 2020 could “have a similar impact across the world.”

“People with disabilities always find innovative ways to beat the challenges they face on a daily basis, so they can bring creativity to business and add significant value to the bottom line,” he said. “We want everyone to see the opportunity and value of diversity.”

Tokyo 2020 has received $3 billion of support from 68 local sponsors. Furthermore, a record number of businesses are supporting both the Olympics and the Paralympics. Yamawaki attributes the unprecedented backing to firms’ interest in the vision of the Paralympics. People have got behind its ideals and are increasingly keen to support diversity and inclusion. With the Games also related to 11 of the United Nations’ 17 Sustainable Development Goals, corporates see the event’s appeal, he added.

While thanking attendees for their support of the 2020 Paralympics, Parsons called on everyone to get involved and contribute to the legacy. Business owners, he suggested, could consider how they can be more accessible and inclusive, such as by putting up ramps or providing information in braille. He said even small steps can make a real difference in supporting people with disabilities, in areas like employment, mobility and access to opportunities.

In closing, the panellists invited attendees to watch Rising Phoenix, a new film released by Netflix in 190 countries on August 26 that portrays the personal and sporting stories of nine Paralympians. The moving documentary features Parsons, who described it as “a movie that will change people.” As with the Paralympics, once people understand the person behind the athlete, perceptions of people with disabilities can be changed, he said.