Written by Sterling Content
November 16, 2017
Past Event Round Ups 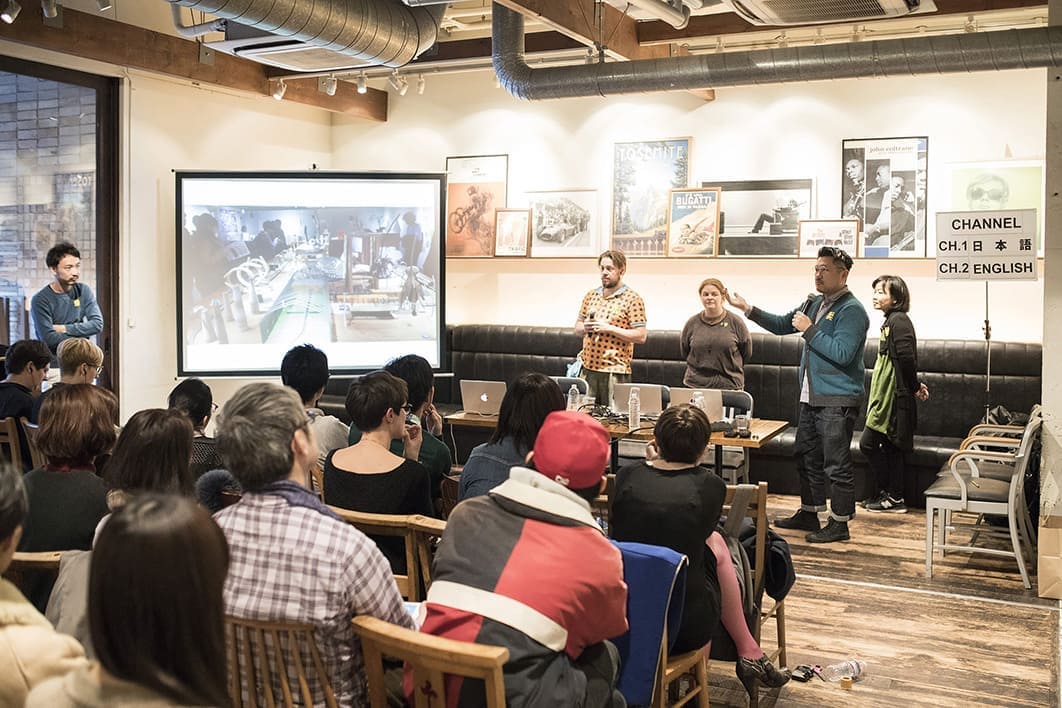 Written by Sterling Content
November 16, 2017
Past Event Round Ups

Bristol-based digital creativity centre, Watershed, is stepping up its work on Playable City Tokyo as more Japanese firms embrace innovative approaches to improve the city ahead of Tokyo 2020.

With Olympic- and Paralympic-related development as well as infrastructure to welcome 40 million tourists annually by 2020 underway, Clare Reddington, creative director of Watershed, was in Tokyo in October to maximise opportunities.

“The world economy has changed so much that there won’t be another Olympics that parachutes into a city without engaging with it meaningfully. That provides a really good catalyst for conversations [about Playable City],” she said. “We are using the Olympics as a focus because it always brings more interest around public space, but we are also in Japan for the long term.”

Launched in 2015 by Watershed, the British Council and award-winning Japanese creative agency Rhizomatiks, Playable City Tokyo aims to provide a platform for UK-Japan exchange of knowledge, skills and ideas and bring together all those with a stake in shaping the city.

As the Tokyo Organising Committee seeks insight from the UK following the success of London 2012, hopes are high that opportunities to engage and collaborate with British experts on Playable City Tokyo will draw further stakeholders.

“The Japanese Olympic team looks to London 2012 as a good example of how civic engagement was won, and the British Council is playing a really good role in brokering those kinds of conversations,” Ms Reddington said.

Staff at the British Council in Tokyo were among the first to support the global concept of Playable City, the brainchild of Watershed representatives whose goal is “to put creative people at the heart of authoring what the future is going to be like.” While working in various countries, Watershed staff became concerned about the isolated conversations around smart cities.

“Industry was really worried about efficiency but not really about humanity and what people’s connections were, so we supported artists from the UK, and creatives from across Asia, to come together and start to think about what a Playable City might be,” Ms Reddington added.

The result was the mission that a Playable City should “explore the universal language of ‘play’ as a tool to transform cities into places of unexpected interaction.”

Playable City Tokyo’s first installation, in 2015, was a localised version of Hello Lamp Post, which won the first Playable City award in 2013 It invited people to communicate with street furniture using smartphones, thereby enabling them to discover their local environment in a new way.

This art was followed by the international premiere in Tokyo of another award-winning project, Shadowing, whose streetlights capture the movements of passersby. It then shows their shadows to those who follow, encouraging interaction between people who share spaces.

A series of workshops and Creative Labs have also been hosted, attracting creatives, technologists, artists and developers.

“To make innovation happen in times of rapidly changing social, economic and political context, we believe you should collaborate with people who aren’t like you. It’s important to be engaged across the world with different cultural agendas, ways of thinking, industries and abilities,” Ms Reddington said. “By learning together, you will shortcut the innovation time span.”

She has been impressed by interest in the Playable City in Japan, where she believes “technology is more sophisticated and ambition is often higher than in the UK.” In Tokyo, there is a community of people who have “really taken the concept on board,” she added.

Nanami Akimoto, projects manager (arts) at the British Council, believes the concept of the Playable City is “an excellent platform in which to engage people in the conversation around diverse and inclusive societies.” Particularly attractive to Japanese companies is how it brings together people from a wide variety of disciplines, who wouldn’t normally have the opportunity to collaborate.

But there are challenges, too. Ms Reddington has found that activity in Japan’s public spaces is much more regulated than in the UK. She has also had to consider how to best localise projects for Japan, such as using the app Line rather than SMS, which had been successful in the UK.

Playable City Tokyo has been exploring how digital technology can be used to communicate Japan’s heritage to tourists in a non-clichéd way.

“We are asking how to take the depth of Japanese creativity and playfulness of Japanese culture and share it with visitors in a way that transcends tea ceremonies etc. I think young creators really respond to that,” said Ms Reddington.

Aside from in Tokyo, Watershed has received lots of interest from creatives in other areas of Japan, with delegations from a range of industries visiting its office in Bristol. Reluctant to take on more than is possible, it has chosen to support a media arts centre in Yamaguchi Prefecture, which is developing motion-capture technologies. A producer from the centre spent one year working with Watershed in the UK, and representatives of Watershed continue to nurture the ongoing work when visiting Yamaguchi.

Work is also underway on Watershed’s first global network event for its project Creative Producers International. To be held in Tokyo in September 2018, the summit will bring together 15 creative producers from across the globe to consider how to change cities, how to develop the role of creative industries and how to support creative people personally and professionally.

Alongside preparation for the event, Ms Reddington and staff at the British Council are considering how it might act as a catalyst for related work on the Olympics and the UK-Japan Season of Culture, which is scheduled to take place in Japan between 2019 and 2020.

“We are really excited to find new partners in Japan, both for the global network of creative producers and for our ongoing Playable City work,” said Ms Reddington. Any BCCJ member firms or individual members who are interested in connecting with citizens in new ways, should check out the Playable City website or contact the British Council.