Held at the Palazzo Ducale Azabu, the meeting was opened by Her Majesty’s Ambassador to Japan, Julia Longbottom CMG, who highlighted the success of the UK-Japan relationship over the past year.

The Ambassador acknowledged the work achieved by BCCJ members in support of this relationship, and said that the British Embassy was looking forward to continued close collaboration with the BCCJ over the coming months and years.

Next to the stage was David Bickle, to present his Annual Report. He outlined how the Chamber has increased business links and networking opportunities for all members in the past year. This has included hosting 50+ high-value events of various formats, welcoming around 2600 attendees.

David noted that the next issue of BCCJ Acumen will be the final issue of the magazine, and thanked Custom Media KK for their support over the years. He also highlighted the BCCJ’s website, social media and email campaign traffic over the past year, which have been at an all-time high.

In conclusion, he paid tribute to outgoing Excom members for their contribution to the Chamber’s work.

Sarah Backley, who assumed the role of BCCJ Executive Director or April 1 2022, then announced the Excom election results. “As you know, from March 4, we rolled out an online election, asking all nominated representatives of BCCJ member companies to vote for the candidates they believed should be elected to serve on the Excom this coming year. Under our constitution, the Executive Committee is run by a minimum of 12 and a maximum of 15 individuals. During our election there have been 17 qualified and approved candidates competing for 15 Excom seats, and by the voting deadline of 1700 on April 18, over 30% of BCCJ members had voted for their preferred candidates.”

Richard Lyle of Intralink KK, was elected as Chairperson of the Executive Committee and President of the BCCJ. 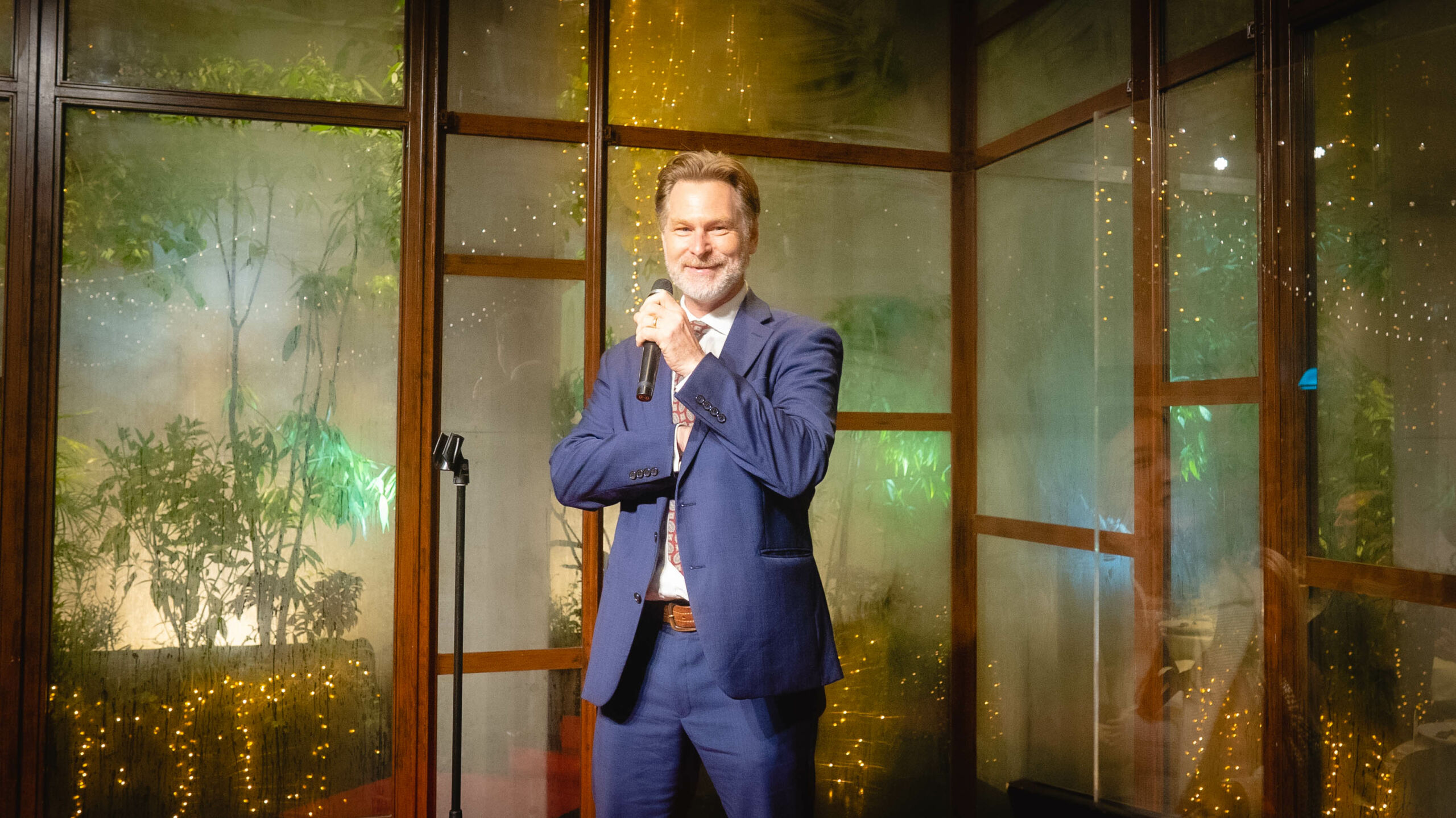 “It’s a great honour to be elected as President of the BCCJ. As the pandemic abates issues around decarbonization and digitalisation still pose huge challenges, but in turn great opportunities for British and Japanese companies to create stronger ties and collaborate to find solutions. It is my firm intention that the Chamber be instrumental in providing a forum for greater cooperation between our two nations.”

Darren Goff, Director of Trade and Investment at the British Embassy Tokyo and Matt Knowles, Director of the British Council in Japan, will continue to represent their respective organisations as ex officio members of Excom.

Excom taskforce leadership and composition will be determined in the following weeks. 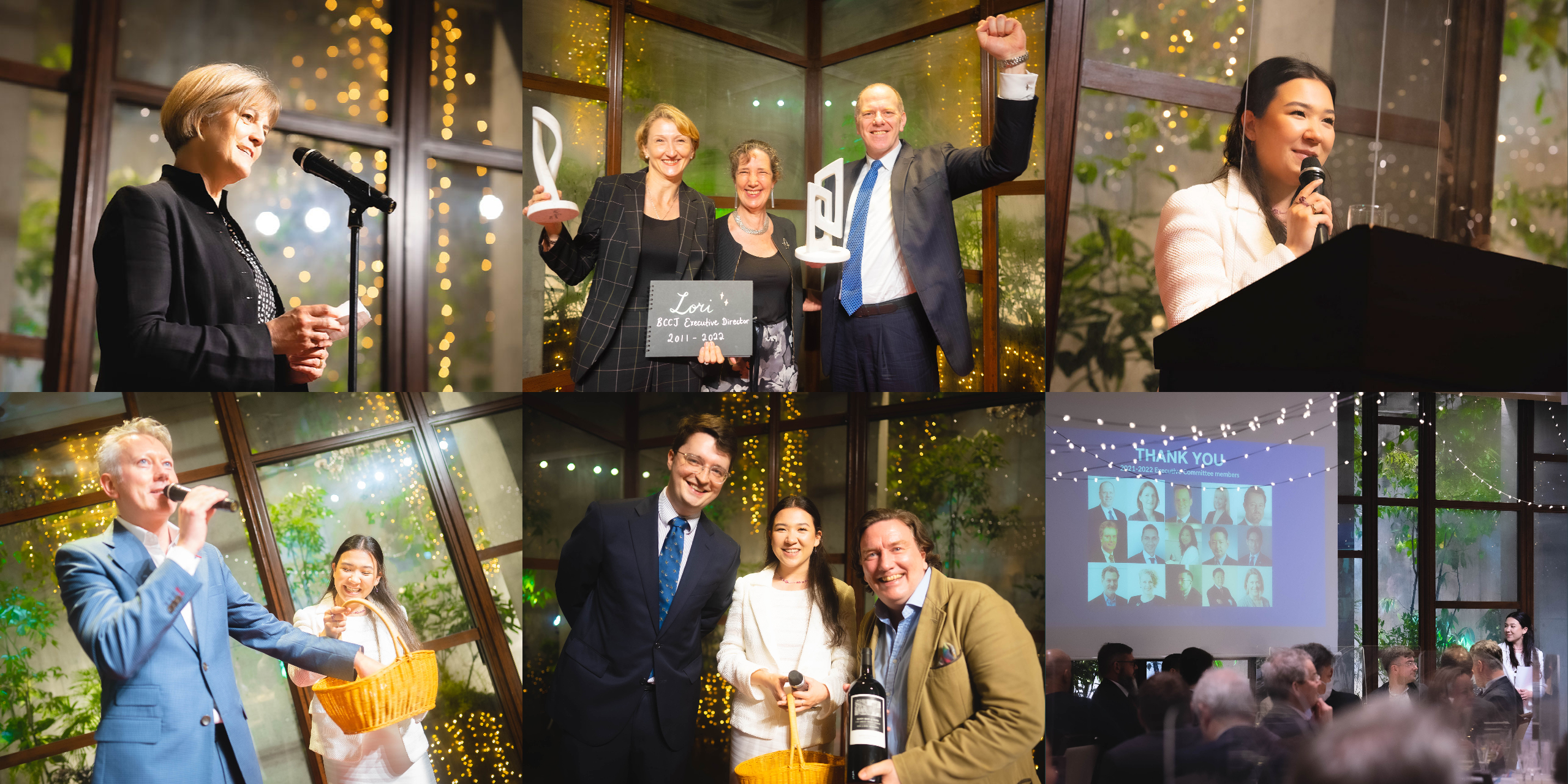 The election of the new committee, statement of accounts and appointment of auditors (HLS Global) were all approved in the majority.

The End of an Era

The formal business of the AGM was followed by a ceremonial farewell to BCCJ leaders David Bickle OBE and Lori Henderson MBE who served the chamber in the respective capacities of President and Executive Director over the past several years.

Both David and Lori received specially-commissioned scupltures from Kate Thomson of Ukishima Sculpture Studio whose trophies have become synonymous with UK-Japan collaboration and in particular the chamber’s annual British Business Awards.

Find out more about joining the BCCJ HERE