Written by Sterling Content
July 15, 2022
Past Event Round Ups 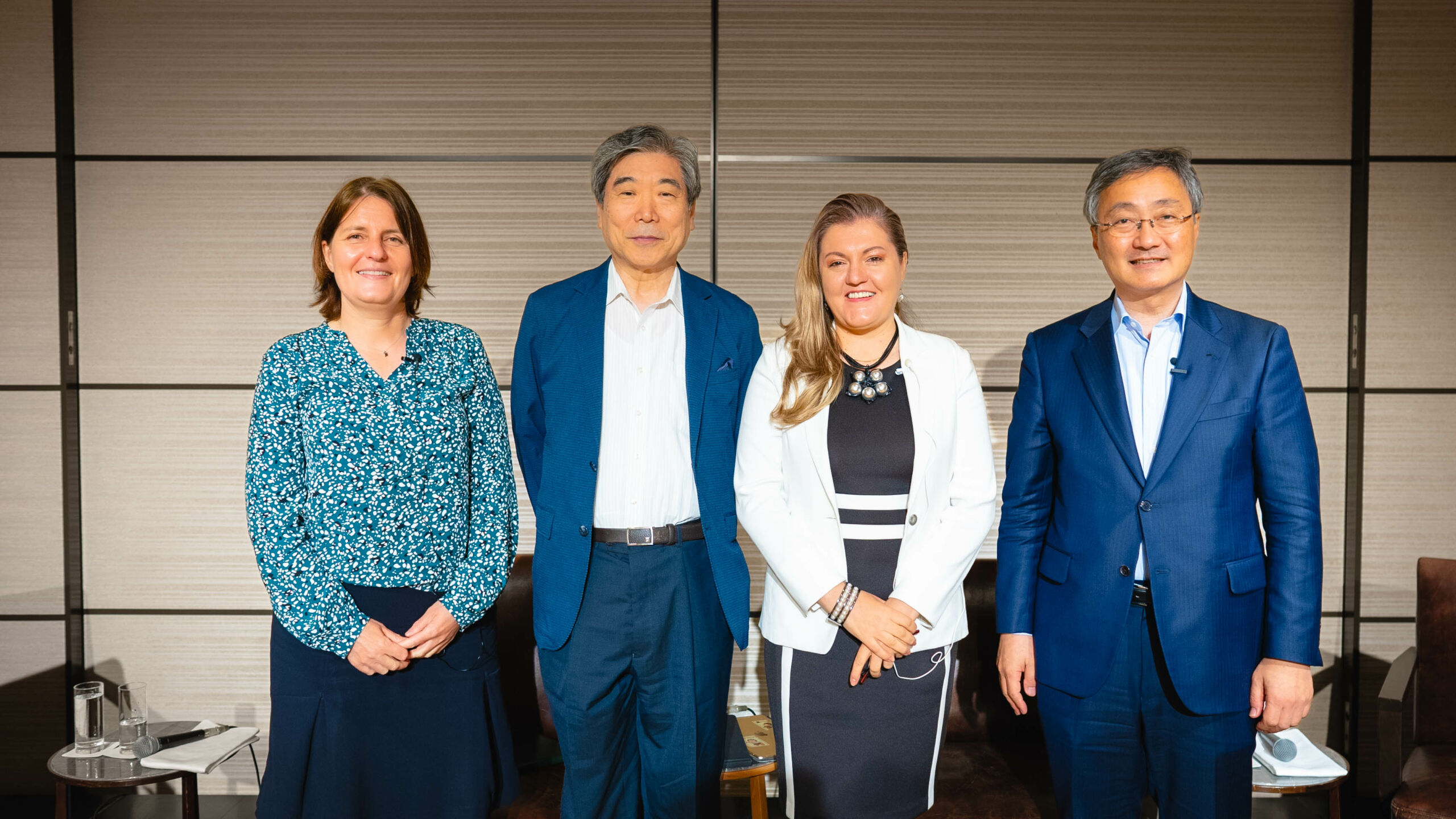 Written by Sterling Content
July 15, 2022
Past Event Round Ups

Prime Minister Fumio Kishida’s pledge to build a “new form of capitalism” in the world’s third-largest economy has sparked a broader debate on Japan’s future. While some aspects of his economic agenda have been unveiled, war in Ukraine and rising inflation pose potential roadblocks, analysts say.

On June 28, less than a month before upper house elections, the British Chamber of Commerce in Japan hosted an expert panel to consider the topic: “Breaking with Tradition: Kishida’s New Tide on Diplomacy, Capitalism and Japan’s Future.”

The first glimpse of Japan’s “new capitalism” came on June 7, when the Kishida Cabinet approved its annual fiscal and economic policy guidelines. Pledging “aggressive investment” in areas such as human resources and decarbonisation to spur growth, the measures included promoting innovation, start-ups and digital technology, all aimed at establishing a “positive cycle of growth and distribution of wealth.”

Asked to describe this new capitalism, Shibusawa called it an extension of Abenomics, which sought to kick-start growth and tackle deflation. Abenomics was initiated, he explained, following the Great East Japan Earthquake, tsunami and subsequent nuclear disaster in 2011.

“The world had lost confidence in Japan and asset prices were deflated,” he said. “Abenomics came in with its three arrows [fiscal, monetary and structural reform].  The [Bank of Japan’s] bazooka of super-cheap money worked—asset prices increased, we saw market capitalisations and companies reaching new highs. There was a lot of wealth created.”

Although this policy was “critical for Japan,” Shibusawa said the wealth creation generated a lot of social disparity. Kishida therefore “wants an upgrade on Abenomics,” aimed at creating a more “inclusive” style of capitalism that fosters sustainable growth. “Investing in people” via higher wages and increased human capital are some of its key aspects.

“When you look at human capital, wages are generally seen just as a cost. But in the long term, it is an investment. If you invest in people, it should lead to sustainable growth,” Shibusawa said.

Still, Kishida’s new capitalism faces a number of global headwinds, according to Kodama.

“Russia’s invasion of Ukraine immediately slowed recovery from COVID-19 and set the global economy on course for lower growth and rising inflation,” he said, pointing to OECD projections that global growth will decelerate sharply to around 3% this year and 2.8% in 2023, well below the OECD’s December forecasts.

“Japan faces two policy challenges simultaneously: supporting its fragile recovery from deflation and adopting measures to contain inflation, which has been exacerbated by the war in Ukraine and the rapid depreciation of the yen,” Kodama said.

However, he added that consumers and businesses should raise their inflationary expectations: “There needs to be more tolerance of higher inflation … this will give companies more freedom to raise prices, which will spark a virtuous cycle of increased investment in human resources and redistribution of assets.”

Cvetkovikj said Kishida had been urged to shift the properties on his agenda due to external factors such as the war in Ukraine and rising inflation, including higher energy costs. He has also doubled defence spending to 2% of GDP, a move backed by the Japanese public.

Looking at business, Cvetkovikj pointed out a number of positive aspects to Kishida’s agenda, including the possibility of reskilling to promote digitalisation and extending the working age, which could help tackle Japan’s demographic issues.

“When we think about growth and distribution, we should be thinking about how we utilise human capital, from young to old age, including abolishing the seniority system and introducing productivity-based wages which will contribute to stronger productivity,” she said.

However, the panellists highlighted the need for labour market reform, not only to boost wages but also to attract more foreign investment and foster the “startup society” targeted by policymakers.

“Attracting foreign investment has always been a high priority but policy hasn’t been aligned,” she said. “Japan needs to align tax and other incentives for businesses and cut red tape.”

She added that Japan needs to encourage more women into full-time—rather than part-time—employment, pointing to McKinsey data showing a 10% increase in the number of full-time female workers would boost GDP by 15%.

A landslide victory for Kishida in the July 10 upper house poll could spark even “bolder” leadership by the recently appointed prime minister, including both in diplomacy and economic policy, Cvetkovikj said.