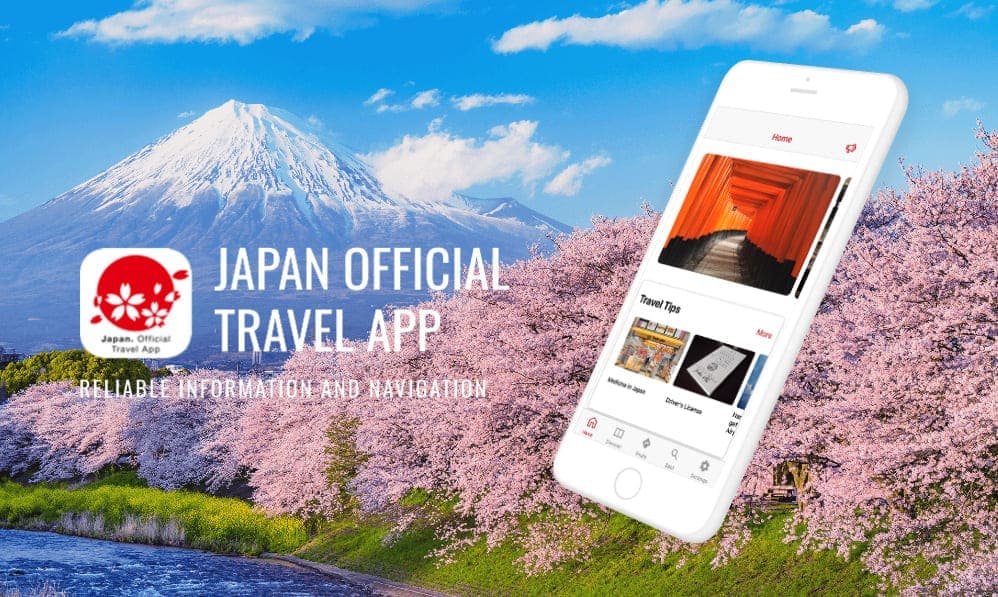 In light of the BCCJ’s Travel Tourism Think Tank – Responsible Tourism on  July 29, involving participation from The Japan National Tourism Organization (JNTO), the administrative institution has released a smartphone app designed to help Rugby World Cup (RWC) 2019 attendees from abroad navigate Japan ahead of the tournament’s kick-off on September 20.

Named the “Japan Official Travel App,” the software offers Japan news, weather, travel information and safety advice as well as maps and public transport schedules. To support visitors to explore with greater ease, it also features articles about Japanese food and culture, details on tourist attractions and a function that enables users to search for services and facilities nearby.

The app is the latest in a number of offerings from JNTO, which aims to entice the 400,000 international visitors expected during the six weeks of the RWC to Japan’s regions.

The website also features Japan Stories outlining some sightseeing highlights in selected host cities as well as detailed itineraries for each host city. There is information on each competing team and downloadable brochures on each team, featuring schedules, maps, venue information and a sightseeing guide for each host city. The Japan Guide for Rugby World for teams in the UK and Ireland can be found here: https://visitjapan2019.com/wp-content/uploads/2019/04/RWC_Guide_UK_web.pdf

JNTO’s efforts build on significant interest in Japan among rugby fans. In a 2018 survey of 2,000 rugby fans from Australia, France, Ireland, Italy and New Zealand carried out by JNTO, 62% said they want to visit Japan. Of that group, 50% said they would visit popular sightseeing spots in addition to doing rugby-related activities.

Tourism players nationally and regionally are hoping such interest translates into extended stays after matches with increased spending, as was the case during the RWC 2015 in England.

According to The Economic Impact of Rugby World Cup 2015 report by EY, on average 406,000 international visitors each stayed for 14 days in the UK, spending an average of £2,400 per person. Overall, this equates to £270 million on accommodation, £233 million on leisure activities, £188 million on food and drink, £156 million on travel and £111 million on retail.

Perhaps most significant though is their experience at the RWC in England proved an impetus to become a repeat visitor.  When surveyed, 80% of overseas fans said they had an “exceptional experience” and “would return to the UK.”

With Japan seeking 60 million inbound visitors in 2030, the RWC may act as an agent of soft power, helping the government reach this target by creating repeat visitors to Japan.