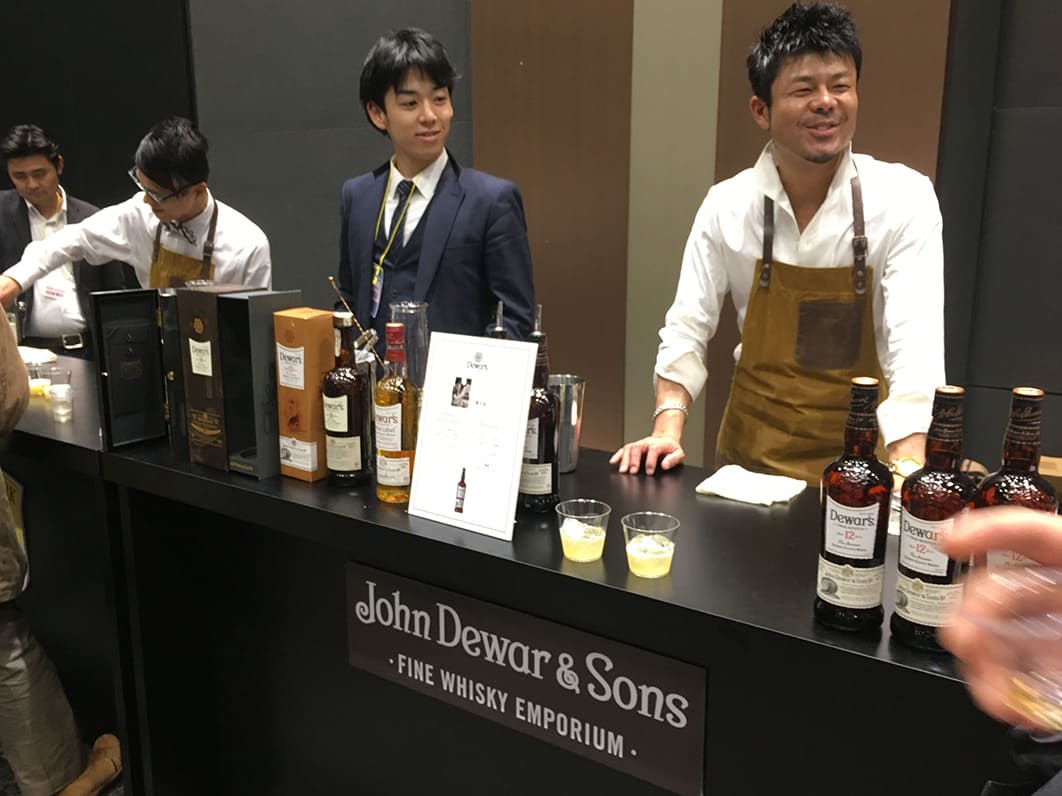 In addition to whisky fans, the event saw record numbers of young people, women, non-Japanese people and first-time attendees, prompting organisers to schedule the annual event over two days in 2018.

At 75 booths, hosted by whisky brands from around the world, visitors experienced tasting, learned about whisky varieties and purchased samples. There were also a number of sold-out seminars led by industry leaders from Japan, Taiwan and the UK.

According to industry experts, the success of the festival reflects a growing interest in whisky in Japan.

“We are activating this serve across modern trendy bars and restaurants nationally, and the consumer and bar tender reaction has been fantastic,” Mr Hamilton said, adding that he is “expecting Scotch to continue to lead the overall whisky category development in Japan.”

Founder and managing director of The Lakes Distillery, Paul Currie, who spoke at the festival, said Japan’s love of whisky is good news ahead of the Japan launch of his firm’s blended whisky, The One, in December 2018.

“Around the world, whisky lovers are looking for new whisky. Japanese whisky has been hugely successful in past years, which has improved our prospects because Japanese people are then keener to try our products,” he said. “What’s more, Japanese whisky is made according to the Scottish style, which is our style, too.”

The One marks the first time anyone has blended a whisky using varieties from each nation in the British Isles. Seminar participants received a sample along with an explanation of the process, designed to promote the uniqueness of the drink.

The blend may also give a boost to Wales’ whisky industry, which representatives at the festival said is not well-known in Japan. The Welsh dragon adorned booths as staff worked to help varieties get a foothold in Japan, including Penderyn’s award-winning single malt.

Meanwhile, experts manning stalls for Japanese brands attributed Japan’s current passion for whisky to the popularity of NHK morning drama Massan, in 2015. It is based on the true story of a Japanese chemist who founded Nikka Whisky Distilling Co., Ltd with the support of his Scottish wife after learning how to make whisky in Scotland.