Japan and the Growth of the London Stock Exchange

Written by Sterling Content
April 6, 2018
Community and Business, Past Event Round Ups 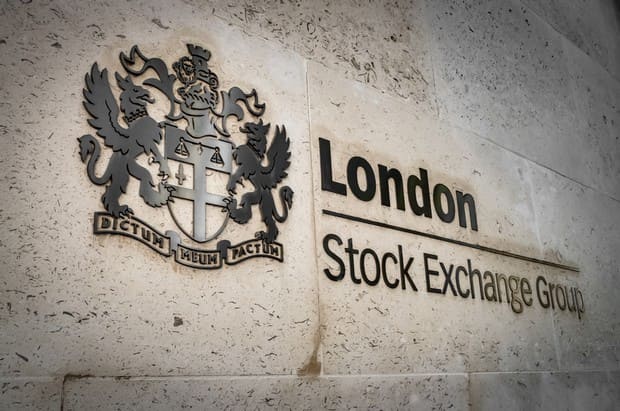 Written by Sterling Content
April 6, 2018
Community and Business, Past Event Round Ups

The City of London will survive Brexit. That was the takeaway from another highly informative BCCJ event on March 19th, concerning the home of global capital, the London Stock Exchange (LSE).

Amid rumours that one of Japan’s largest corporations, SoftBank, could soon join the number of international firms listed on the LSE, the future appears bright for the centuries-old financial institution.

Allaying fears concerning the UK’s departure from the European Union, Jon Edwards, head of Asia Pacific for the London Stock Exchange Group’s Primary Markets team, said: “Brexit is just a blip in the 300-year history of the stock exchange. London has always been international, and nothing is going to change that.”

Co-hosted by BCCJ member STJ Advisors, the Tokyo event at the House of Aston Martin Aoyama featured not only fast cars but also Japan’s growing ties with the LSE. The expert panellists also discussed the LSE’s continued attraction for Japanese and other international companies seeking a dual listing, along with the outlook for initial public offerings (IPOs) in 2018.

According to Japan’s financial daily, Nikkei, SoftBank Group Corp. aims to list its mobile phone unit SoftBank Corp. on the stock exchange in Tokyo and potentially in London in 2018. Experts estimate it could raise more than 2 trillion yen in one of the largest IPOs for a Japanese firm. If confirmed, SoftBank would become the LSE’s 10th largest listing.

“A company that size would be a milestone moment, but there’s no other exchange that can provide the depth of investors to support such a large-scale IPO,” Edwards said.

However, the LSE is also playing an important role in Japan’s ambitions of making Tokyo a larger international financial centre, as explained by Chris Wells, representative director of STJ Advisors.

After picking London as its joint venture partner in 2009, the Tokyo Metropolitan Government and the City of London signed a groundbreaking Memorandum of Understanding in December 2017. Its aim was to boost Tokyo as a global financial centre.

Wells suggested that the LSE’s international status was a key attraction for Tokyo, with the British model of corporate governance also becoming increasingly influential as part of Japan’s reforms.

He added, “There’s very little sign that any of the equity capital markets bases are going to move [due to Brexit], and that helps explain why London is so dominant.”

Wells pointed out differences between Japan and the UK in terms of IPOs, particularly in the split between retail (mum and dad investors) and institutional investors, such as pension funds.

“The Japanese market is predominantly retail, in terms of the money raised for smaller IPOs. A domestic IPO typically sees 80 to 90% go to retail investors, whereas in London it’s the other way around. There’s no doubt that having a depth of retail capital is incredibly valuable for Japan, but the issue we want to address is what impact that has on the IPO market and whether the institutional investor base is building in Japan to allow the IPO market to really thrive,” he said.

Wells argued that British concepts such as “pilot fishing,” the pre-marketing of an IPO involving discussions between companies and investors to receive feedback prior to going public, is key to ensuring better pricing of IPOs.

“While Japan has brought this to fruition in the last three years for internationally registered IPOs, there’s been very little change in the domestic market,” he said.

Wells pointed to data showing that the number of investors providing feedback during pre-IPO marketing in a European mid-capitalisation IPO averages 351, compared to 18 for Japanese domestic IPOs.

“If you don’t talk to investors before setting your price, then you haven’t got a hope of pricing it correctly,” he said, adding that “in Japan you have to set an indicative price, which is killing the market here.”

“The last nine domestic IPOs in Japan above $200 million all fell on day one [the first day of listing]. But if you look at the 20 years prior to the Lehman crash, the average day one increase in Japan was 63%,” he said.

Wells therefore asked why institutional investors that want to buy into these IPOs would not see them before they are listed.

Emi Onozuka, head of the Stewardship Responsibility Group at Goldman Sachs, suggested that regulation was a barrier to such pre-IPO marketing, with firms in Japan lacking “clear operating ground rules.”

Wells said while Japan’s Financial Services Agency was “bending over backwards” to remove barriers, a lack of regulatory clarity had prompted Japanese firms such as Aruhi to seek an international offering, in which institutional investors could be invited to conduct the necessary pilot fishing.

For a nation striving to assert its place on the international financial stage, Japan looks to London for best practice in the field. In the meantime, the bright lights of the City are shining ever brighter for Japanese and other global giants.