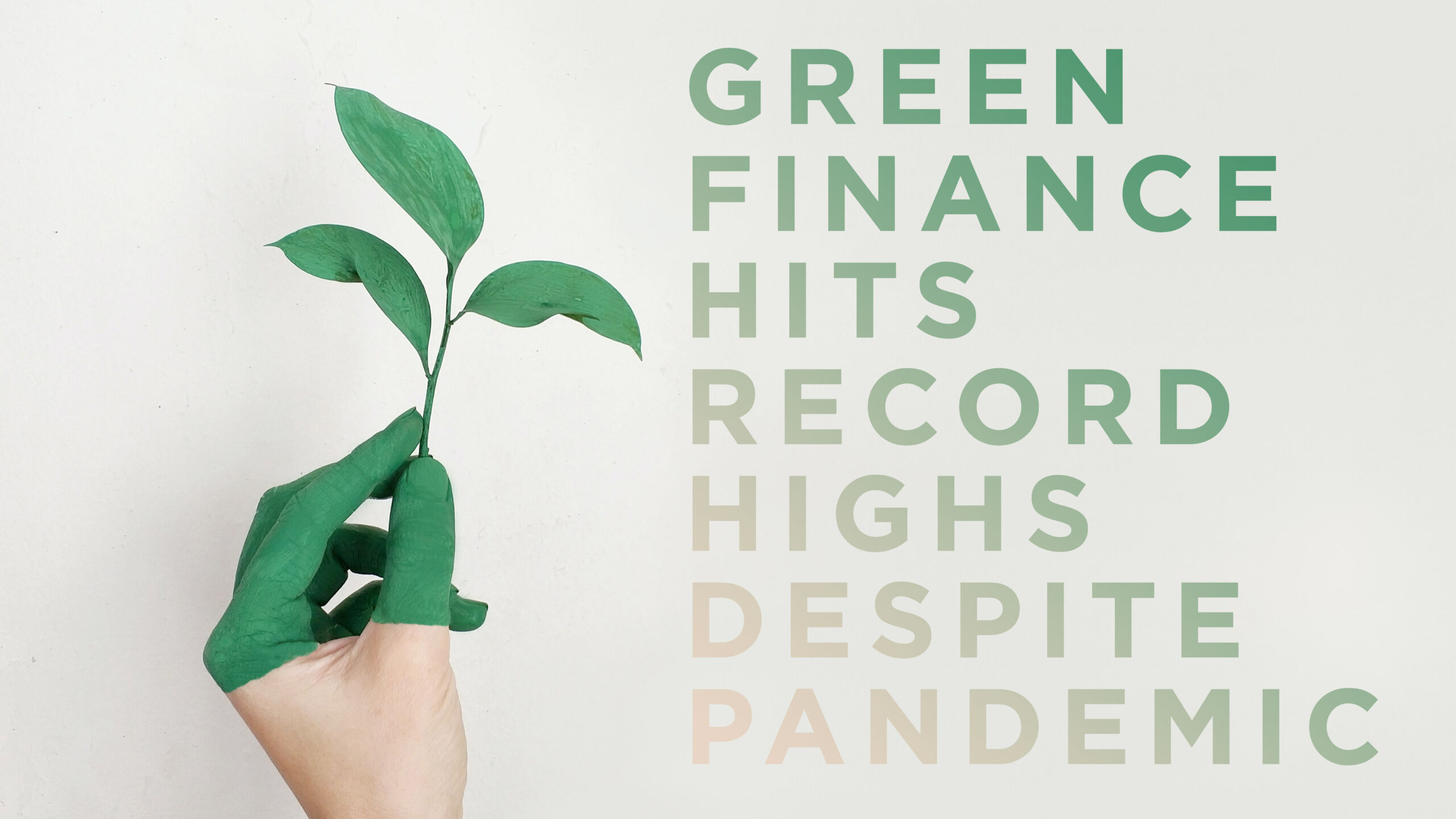 Green finance has hit global scale despite the coronavirus pandemic, with both sustainable bonds and equity investments reaching new record highs in 2020. With Japan and the UK both pledging “net zero” emission targets by 2050, the Biden administration eyeing new green stimulus measures and the upcoming COP26 conference in Scotland, there is no sign of a slowdown.

That was the positive message from participants at the Tokyo–London Green Finance Seminar 2021 held on January 21 as part of Tokyo Sustainable Finance Week. The event was organised by the Tokyo Metropolitan Government and the British Embassy in Japan, in cooperation with Green Finance Network Japan (GFNJ).

Opening the event, Governor of Tokyo Yuriko Koike stressed the importance of a sustainable recovery from the pandemic based on green financing.

“We are currently facing dual crises of a global scale: COVID-19 and climate change … [this] calls for concrete actions that combine finance and the environment,” she said.

Koike noted Tokyo’s measures supporting green finance, including being the first local government in Japan to issue a green bond and the establishment of a Tokyo ESG fund to invest in renewable energy initiatives.

The world’s largest city also is eyeing the establishment of a “green financial market,” supporting its efforts to make Tokyo “an advanced city in sustainable financing.”

Echoing his Japanese counterpart, William Russell, Lord Mayor of the City of London, said finance would be crucial in tackling climate change.

He noted recent initiatives by the City of London, including hosting the Green Horizon Summit last November, the largest such event ever held online, which led to the launch of a “private finance strategy” for COP26 by former Governor of the Bank of England Mark Carney.

At a national level, Russell pointed to moves by the British government, such as a “new green taxonomy” and plans for a sovereign green bond in 2021.

“Most excitingly, [the UK] will make climate-related financial exposures mandatory for all listed corporates and financial firms by 2025,” he said.

“TCFD is all about risk measurement; if climate is a real risk and we can measure it, we can guard against it and design financial products to meet that risk,” he said. “No one is pretending that TCFD is yet state of the art, but we are all keen to move on that journey … we need clarity on climate risk just like on economic and political risk and market risk.”

He added that the Task Force on Nature-related Financial Disclosures (TNFD) “will try and do for the natural world and biodiversity loss what TCFD wants to do for carbon and climate.”

“It created huge momentum within the Japanese government … [leading] to the green growth strategy which was formulated late last year,” Ikeda added.

Ikeda also noted that the FSA had established an expert panel on sustainable finance, tasked with “coming up with an action plan for achieving carbon neutrality while addressing other sustainability matters from a financial perspective.”

He stressed avenues for further cooperation with the UK, including through the recent UK–Japan free trade agreement, the Green Finance Institute and the Network for Greening the Financial System.

Examining the state of play in Japan, GFNJ Secretary General Hideki Takada welcomed the growth of the nation’s green investor movement. Since its establishment in September 2018, the GFNJ now encompasses more than 250 members from some 130 organisations, providing a platform for connecting Japanese and international stakeholders.

“In addition to the growth of the size of the market, there has been diversification of issuers and from new sectors. There are now more manufacturers, transport companies and real estate companies compared to several years ago,” he said. “Last year, ESG investment by Japanese investors reached almost US$3 trillion, compared to US$560 billion in 2016.”

He said the drivers were the Ministry of the Environment’s clarification of rules for such investments, together with an increasing focus on renewable energy investments by Japanese financial institutions.

Asked to consider some “hot topics” in the industry, Eiichiro Adachi, director of The Japan Research Institute, said “transition finance” was becoming key to ensuring companies were on a pathway to net zero emissions, while the digitisation of corporate emissions disclosure could also boost momentum.

From a British viewpoint, Sherry Madera, chief industry and government affairs officer at British Chamber of Commerce in Japan Platinum Member Refinitiv, said global sustainable bond issuance exceeded US$540 billion in 2020. This represents “more than double the issuance level of 2019” while “sustainable” companies saw a 65% increase from the prior year.

Closing the event, British Ambassador to Japan Paul Madden CMG said the UK and Japan could “play a key role in the future of sustainable finance,” citing the adoption of TCFD reporting standards as an example.

“Japan and the UK are first and second in the world in the number of companies adopting TCFD,” which represent 37% of all companies globally, he said.

With the green finance market continuing to expand on the back of regulatory and investor attention, Tokyo and London have become central to the financial world’s fight against climate change.