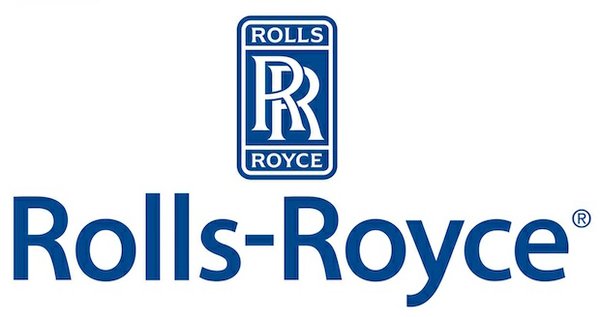 Rolls-Royce’s vision for Japan and globally

British industrial technology company Rolls-Royce has a storied past, but it is the future that excites employees based on its vision of being a “pioneer of power.” That was the message delivered by the company’s London-based Strategic Marketing Director Ben Story at a BCCJ breakfast presentation on June 7, in Tokyo.

With its origins dating from 1884 and a history in Japan of more than 100 years, Rolls-Royce has overcome numerous challenges. Story shared how it plans to evolve to meet the new challenges of the 21st century.

“Looking at electrification, Rolls-Royce has three big technologies: gas turbines, reciprocating engines and nuclear power. Looking into the past, you might question, where are the synergies? But when you look forward, everything starts to converge,” he said.

“Rolls-Royce is moving towards becoming a micro-grid company on rail, sea, air or land … moving away from being a product player to a systems player,” he said. “With our power systems business and defence business, we’re already producing micro-grids; generating cash flow; and building capability, supply chains and relationships, which will sustain us in those markets for years to come.”

Digitalisation is another major trend. Story explained that the company aims to do “everything digitally,” including manufacturing.

“We’re trying to spend as much time in the digital world as we can, as it’s cheaper, easier and quicker,” he said.

He gave the example of engine maintenance, which could cost millions of pounds for a single engine. Computer simulations and real-time “engine health monitoring” bring down that cost, however, as they enable Rolls-Royce to predict “what will happen to an engine before it happens,” he said, adding that the company has “achieved an alert accuracy of 96%,” with ambitions to drive that percentage even higher.

Assessing international trade, Story said that Rolls-Royce had developed its business based on a “global world,” but the recent US–China trade conflict still poses challenges for business.

“There’s a realisation that tit-for-tat is going to be business as usual for decades to come. And that’s disturbing … people have said it’s great for European businesses but, overall, it’s bad. The world will grow more slowly, there will be more duplication,” he said.

Regarding the UK economy, he noted that it has continued to grow despite ongoing Brexit uncertainty, particularly in the technology sector.

“The economy as a whole has grown by about 5.5% since the Brexit vote, but the technology sector has grown about 18% … if you are a university graduate in London, you want to work for a tech start-up,” he said.

With Rolls-Royce operating in Tokyo, Nagoya, Osaka and Kobe, collaborating with Japanese heavy industry and undertaking joint research with Japan’s National Institute for Materials Science, Japan is a “very important” country for the company.

“We have a long history in Japan. Some of our long-term strategic partners in Civil Aerospace are Japanese and have been with us for 40 years. They remain great partners today and Japan remains an important market for us in terms of products,” he said.

“Looking at our strategy on electrification, the capability here is extraordinary. When we’re looking at developing technology around batteries and power conversion, there is deep-rooted technology capability in Japan; we have trusted partners here and we can’t get the technology anywhere else.”

Rolls-Royce is keen to explore if its Japanese partners can support digitalisation in the same way its UK-based network of 150 partners do as part of the company’s “technology ecosystem, to work on our data in sensible, controlled ways.”

“We have built [an ecosystem] in Berlin; we’ve got one in Singapore; three weeks ago, I opened one in Bangalore, and I’m intrigued if we can do one in Japan. We want to do it where we have operations, as we want that ecosystem to be at the centre of it,” he explained.

Asked about UK manufacturing capabilities, Story cited the advanced manufacturing research centres at universities such as Sheffield and his alma mater, Warwick, which are helping to drive “world-class technology clusters.”

“The UK has some fantastic universities, with facilities now as good as in the US,” he said.

He also noted that some 500,000 university graduates have joined the UK technology sector since the global financial crisis, well in excess of the number who joined the financial services sector.

The London start-up sector, he said, is now generating its own momentum, with “a real buzz.”

On climate change and sustainability, Story said Rolls-Royce aims to be “net carbon neutral” across its operations and is examining its suppliers and materials to reduce emissions.

“We’re throwing billions of pounds a year into making our engines more efficient and cleaner. Going beyond that, we’re pioneers—we’ve always loved big challenges, and the world’s biggest challenge is global warming,” he said, noting Rolls-Royce’s commitment to be an industry leader in sustainability.

“Our products generate about 0.6% of the world’s carbon, so we’re better placed than almost anybody to make an impact—it’s a massive opportunity to make a difference,” he said.