Written by Sterling Content
October 22, 2020
Past Event Round Ups 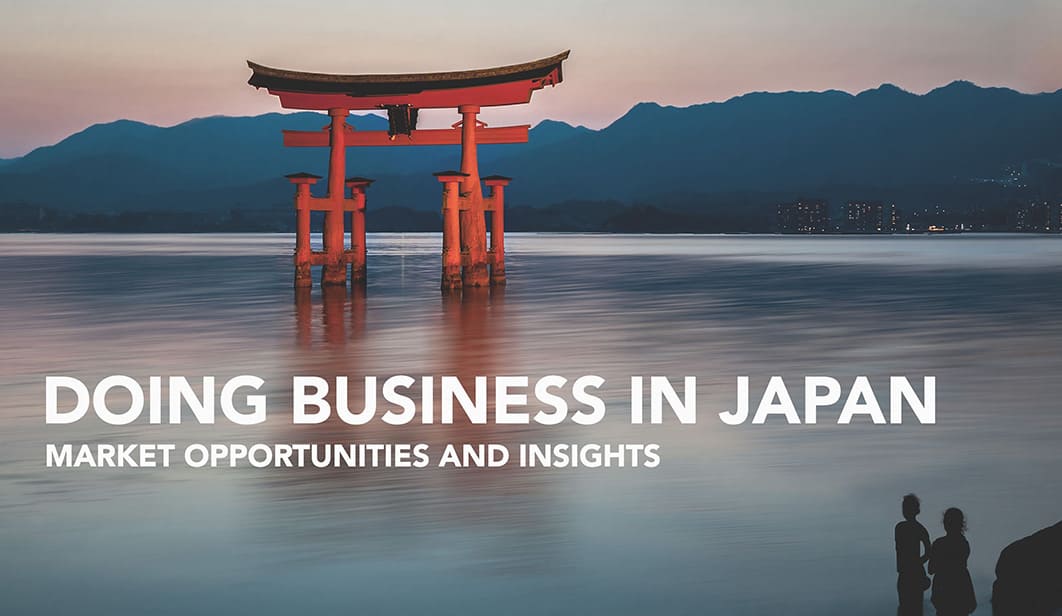 Written by Sterling Content
October 22, 2020
Past Event Round Ups

With more British firms eyeing Japan following the agreement of a UK–Japan free trade deal in September, the British Chamber of Commerce in Japan (BCCJ) co-hosted a Japan market insights webinar with organisations in the UK on September 29. The session explored how British businesses can find success in Japan, a highly lucrative market whose trade deal with the UK is expected to deliver a £1.5 billion boost to the UK economy, according to the Department for International Trade.

Steve Crane, CEO and founder of UK- and Japan-based consultancy Business Link Japan, began his presentation by outlining the size of the opportunity in the world’s third-largest economy. The Tokyo Metropolitan area, for example, has a GDP that is larger than that of India, Canada or Russia. Even Japan’s more rural regions such as Hokkaido and Shikoku have huge GDPs—similar to that of Singapore and New Zealand respectively.

In 2019, Japan’s total trade in goods was £30.3bn. UK exports to Japan, which comprised 48% goods and 52% services, were £14.8bn, marking an increase of £25m on the previous 12 months. The most common British products exported to Japan were mechanical power generators, cars, medicinal and pharmaceutical products, non-ferrous metals and scientific instruments. In 2018, 9,500 of the 2.5m VAT-registered businesses in the UK were exporting to Japan.

UK imports from Japan, meanwhile, totalled £15.5bn in 2019. In the products sector, the most common imports included mineral fuels or oils and electrical machinery; the most imported services were use of intellectual property and other business services.

Japan was ranked 29th in the World Bank’s Ease of Doing Business Index in 2019, up from 39 in 2018, which Crane attributed to Japanese government efforts to attract and retain international firms.

As a “stable country with good business ethics, one language, one culture, one huge lucrative market and one distribution network,” Japan is attractive to UK firms, he said. But he admitted that the market “is complex, takes time, requires long-term investment and can be challenging to understand.”

Crane, who first set up a firm in Japan in 2000 and has supported more than 70 businesses to enter or expand around the country, shared how to maximise market opportunities. First and foremost, he said, those entering the Japan market need to “learn, accept and embrace” it, rather than try to change it. Agencies in the UK are poised to help with the process via training modules.

He noted that Japanese firms tend to be risk-averse, follow a consensus-based approach to decision-making and value seniority, timekeeping, harmony and relationship-building. “Time spent investing in relationships and getting to know people can play dividends over the years,” he said. “The human network is a crucial asset in Japan.”

Crane said would-be entrants to Japan should approach the market with a long-term mindset. They should not expect to make money quickly but, once relationships are secure, they can expect a long-term return as customers are loyal. Putting down local roots and demonstrating other commitments to Japan can help market entrants to secure both customers and investment.

For these reasons, research is essential before embarking on doing business in Japan. Crane pointed out that it is better to get a strategy and tactics established at the outset as unpicking deals or relationships can be fraught with difficulties. Great care should also be taken about selecting partners, representatives and employees as employment tends to be long-term in Japan.

Firms that embody quality and a high level of customer service while avoiding the hard sell are more likely to succeed. Crane said: “Japanese people have high expectations of quality, which matters more than price. Be high-quality not only in your service or product but also in your customer service. Make sure your organisation breathes quality. And don’t underestimate the level of customer service in Japan. You have to at least match that level of service and, if you can, exceed it.”

Crane signposted several organisations that provide support on doing business in Japan including Export to Japan, an online platform with free access to resources, suppliers, case studies, events, webinars and so on.

Another organisation offering help is Business Development Center Tokyo (BDCT) whose representative outlined its activities. Hanae Uekusa of the Invest in Japan Support Team at Pasona Inc. said the Tokyo Metropolitan Government has created a national strategic special zone with the goal of making Tokyo the most business-friendly city in the world. After completing Phase 1, which involved attracting 80 headquarters and R&D centres to the capital, it is now on Phase 2: welcoming 400 foreign companies.

BDCT offers business support to firms before, during and after the set up of their business in Tokyo, explained Uekusa. Its services include help with administrative procedures, recruitment of human resources and finding an office; introductions to experts and related organisations; business matching and funding support. Experts are also on hand to advise on all aspects of living in Tokyo such as education and healthcare.

Several times a month BDCT also hosts a seminar for those interested in starting a business in Tokyo. It covers basic information about Japan’s economic systems, start-up procedures, visa requirements and start-up funding.