Written by Sterling Content
June 12, 2020
Past Event Round Ups 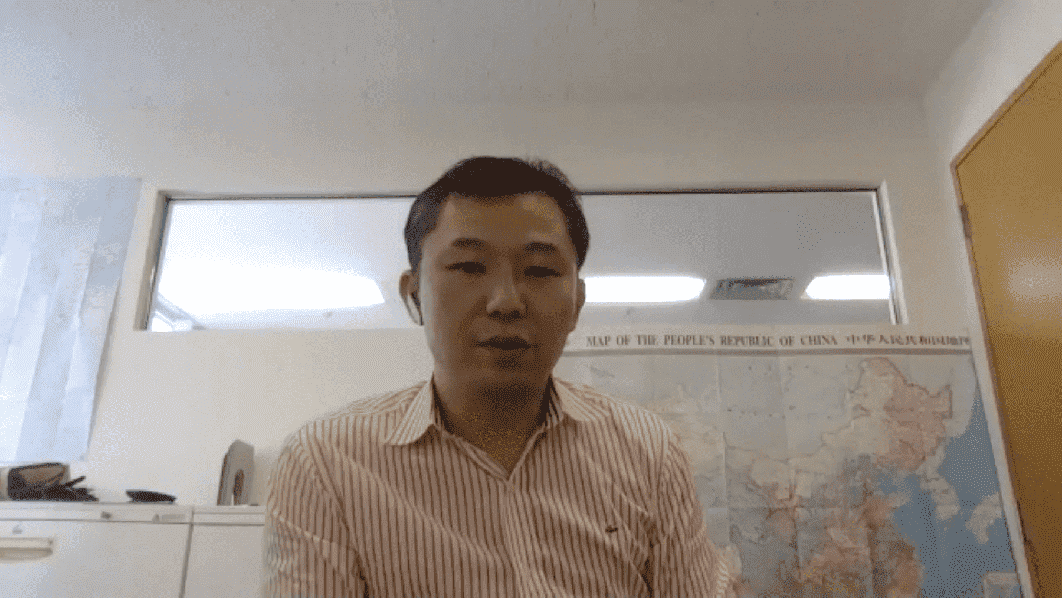 Written by Sterling Content
June 12, 2020
Past Event Round Ups

Having been spared the ravages of COVID-19 seen in Europe and the United States, Japan can expect economic hardship in the short and medium term, but could use the crisis as a catalyst for good in the long term. That is the assessment of Takuji Okubo, north Asia director of the Economist Corporate Network, who addressed members of the British Chamber of Commerce in Japan (BCCJ) in a webinar on June 9.

He was joined in the session by colleague Dimitry Rakin, associate director of north Asia, and moderator Naomi Davies, economic counsellor at the British Embassy, Tokyo.

Okubo began by charting the spread of COVID-19 in Japan. Unlike some other major cities, Tokyo had a long lead time between the first outbreak on January 16 and rapid infection spread. It took 13 days for the number of deaths from the disease to rise from one to two. In New York, however, the number of deaths kept doubling every 1–2 days in the first 10 days.

“Tokyo had time to prepare, and the speed of infection was low,” he said. Predictions that Tokyo’s infection level might rise to the level of New York’s were not realised, he added, noting that “we should try to remember what we thought [at the time] and what actually happened, to understand where we went wrong.” This reflection would help Japan be more prepared in the future.

Citing a study that uses mobility data to track economic activity, he said countries that implemented a lock-down to curb the spread of COVID-19 typically experienced a 20% loss in GDP. In China, Italy and the UK, the drop may have been as large as 30% at the trough. Japan, however, saw only a 10% drop at the trough because of its “soft lock-down.”

In terms of economic recovery, Japan—along with China and South Korea—is quickly returning to pre-crisis level, following a relatively sharp bounce back. In the UK and US, meanwhile, recovery is expected to be tick-shaped; as of early June, the UK is still 15% below its economic activity baseline.

“In Japan, people are returning to shops, although they are less keen on moving around,” he said. Still, consumption is roughly 20% less than before the crisis. Mobility is -34% at transit stations, -21% in retail and recreation and -17% at workplaces. With more people staying home, there has been growth in residential (11%), as well as parks (5%) and grocery and pharmacy (2%).

Forecasts vary but, even in an optimistic scenario, Japan can expect a 5.5% drop in consumption in 2020. In the worst-case scenario, in which Japan implements another state of emergency in the winter of 2020, the decline may be as much as 12.5%. Regardless of the extent, Japan will “suffer the worst post-WWII slump in consumption” in 2020, he said, adding that it is expected to rise to 2% in 2021.

“There is great uncertainty around any forecast for 2020; a band of at least 2% around a forecast would be prudent for business planning,” he said.

Okubo pointed out that, although the announced fiscal stimulus is more than ¥2trn, direct spending is much less. The government’s two main stimulus packages (¥108trn in April and ¥117trn in May) total 40% of GDP. Of that, combined spending on measures that have direct economic impact is ¥57.5trn, worth more than 10% of GDP. The effectiveness of the stimulus still depends on the speed of implementation and whether people and firms who receive subsidies are willing to spend them.

In work, approximately one million people lost their jobs, most of which were part-time. The unemployment rate rose by a mere 0.1% in April but is expected to rise to about 1% when all newly unemployed register as seeking employment.

While plenty of job offers remain, the market is “getting bad quickly at the margin,” he said, adding that, “half a year from now, we could be facing recession not because of COVID-19 but because of a lack of jobs.”

Among the sectors most seriously affected by the crisis is travel. Japan welcomed less than 10,000 international tourists in April, the lowest monthly figure since the 1960s.

At ¥4,81trn, foreign tourists’ spending amounted for 0.96% of Japan’s annual GDP in 2019. The shortfall in income will have significant impact, said Rakin, adding that the drop in international visitors has already resulted in the loss of many jobs. He predicted that Japan may have to wait until 2022 for a rebound in inbound arrivals, a delay that could be “quite a sizable hit” to Japan.

According to Okubo, the COVID-19 crisis has pushed Japanese firms to become more agile. The ratio of firms practicing teleworking, for example, rose from 24% in March to 63% in April.

Okubo suggested remote working might prompt the digitalisation of some old-style practices, such as stamping hanko (seals), which would boost productivity in Japan in the long-term.

Firms’ agility, noted Rakin, may also have sown the seeds of further innovation and disruption. “People are experimenting more and doing more. This should give businesses new ideas and possibilities; it could present major opportunities,” he said.

As remote work becomes the new normal, Okubo predicted that more people would move out of cities to enjoy more spacious homes or live with their extended families. The crisis, he said, has forced people to rethink how they want to live and might spur deurbanization.

COVID-19 has also shown the effectiveness of telemedicine, which the Japan Medical Association has long opposed.

“Getting telemedicine accepted in Japan was virtually impossible pre-COVID-19. Now, restrictions on telemedicine will be lifted, and online consultations will be covered by national health care insurance,” explained Okubo.

With China forecasting double year-on-year growth of their telemedicine market to 200bn yuan this year, the potential for Japan is clear.