COVID-19: Back to Better Work

Written by Sterling Content
June 19, 2020
Past Event Round Ups 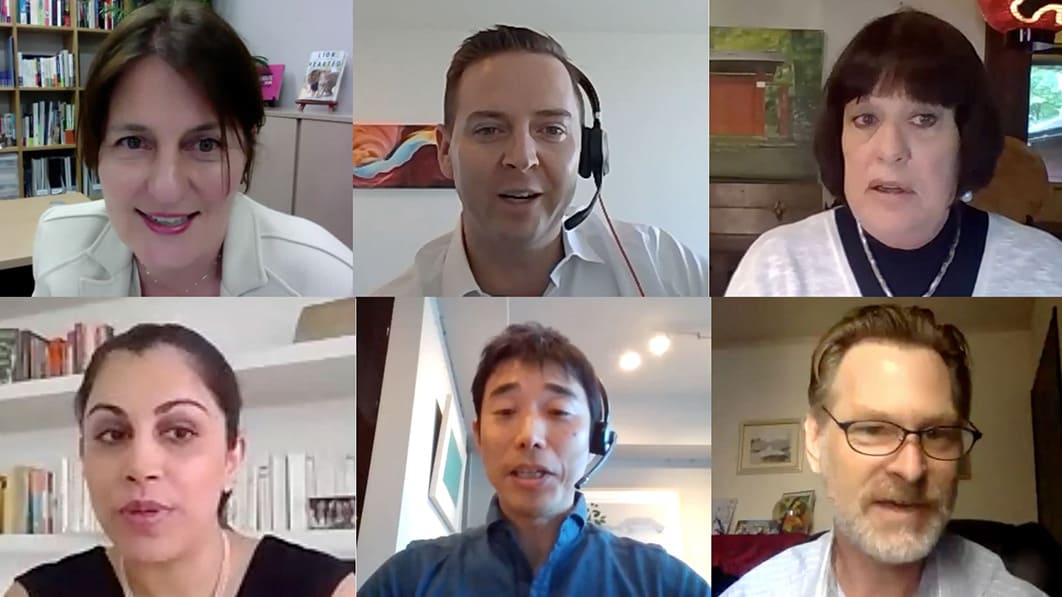 Written by Sterling Content
June 19, 2020
Past Event Round Ups

As Japan begins to return to the office following the government’s lifting of work-from-home requests, industry experts of the British Chamber of Commerce in Japan (BCCJ) have offered advice on how firms can make a smooth transition.

In a webinar on June 10 moderated by BCCJ Vice President Alison Beale, the panellists discussed business considerations such as strategy, office design, communications, legal and sales, and suggested how firms can offer their people the chance to go “back to better work.”

At Robert Walters Japan, a return-to-work strategy was put in motion alongside the launch of company-wide telework in February, said Jeremy Sampson, the firm’s managing director.

To create a plan, Sampson and his senior management team gathered information, observed the market, watched webinars and considered how other firms, as well as countries, were approaching the task. The firm also conducted a survey of their employees to gauge sentiment around remote work and returning to the office.

With a strategy in place, including a trigger that would signal a return to telework, Robert Walters held a town hall meeting to update staff and explain next steps.

“How we react and communicate, as well as the action we put in place, continues to have a direct impact on employee engagement, Sampson said. A recent Robert Walters survey, he added, shows that satisfaction and engagement are higher among candidates in companies in Japan that responded to the crisis effectively and quickly.

In early June, Robert Walters moved to staggered office hours, with all staff split into two groups at team level. Any employee reluctant to return, however, such as working parents or those at high-risk of COVID-19, can continue to work remotely, as employee wellbeing remains paramount, he said.

Firms are typically limiting the number of people working in their offices, but this may not be sufficient in implementing social distance, according to Mitsuhiro Kanada, director at Arup.

“Proximity also happens in office corridors, bathrooms and kitchens,” he said, pointing out that firms need to consider how and where people interact, in addition to where people sit.

The novel coronavirus might also trigger changes to the built environment as people’s values change, he said. Though offices on higher floors are typically more expensive than those on lower floors, offices that can be accessed easily without an elevator might see greater demand in future. Furthermore, individual offices might become more popular than open-plan offices.

With remote working, cities may also become less attractive places to live. “In Japan and the UK, many people will question the value of going to work in the city centre,” he said.

“Companies have learned [from this crisis] that they are going to be judged not only by their words, but by their actions,” she said.

For effective communication, leaders need to repeat messages to ensure understanding and incorporate more one-on-one meetings with individuals and teams. This activity needs to continue as firms gradually return to the office, she added.

“Make sure you are interacting with staff across the whole business … and check in regularly to ensure teams are working together,” she said.

Firms returning to office-based work should also have a clear plan for the transition, which is communicated widely to all employees, giving them an opportunity to provide feedback.

Alongside a gradual return to the office and the likely sustained use of telework, Hayden said staff need to give their absolute best on video calls. When contact with colleagues, customers and superiors is overwhelmingly via a screen, everyone needs to ensure they are sending out the right message, she explained, noting that 70% of messaging is communicated via non-verbal cues.

“We’ve got to make a double effort to communicate in sync with our body language and not just read off a PowerPoint,” she said. “Look at the camera rather than the picture of yourself performing on the webinar; that shows you are talking to people.”

Fatim Jumabhoy, partner at Herbert Smith Freehills, called on firms to consider their responsibilities and liabilities.

Reopening the office “requires an ongoing commitment to ensure staff can work safely,” she said. Actions include implementing social distancing and supplying hand sanitizer. But employers cannot control social distancing when staff are travelling to work. They therefore need to consider access to workplaces and sustained remote working practices to “ensure employees can perform the work expected of them without the risk of contracting COVID-19,” she said.

If temperature checks are introduced for staff or visitors entering the office, firms also need to ensure they comply with the collection and storage of that data.

Firms continuing telework, meanwhile, should consider offering items that enable staff to telework more effectively, such as a printer. This support might be in the form of allowances or rented equipment, she explained.

If an employee refuses to return to work, businesses should consider steps that would “make them confident and comfortable” in the office. “Japan is employee-friendly. Courts will not look favourably on employers that force [their staff back to work],” she said.

For Richard Lyle, senior director at international business development consultancy Intralink, teleworking has presented both challenges and opportunities when building relationships with new and existing customers.

While Japan was under the state of emergency, prospective customers tended to decline virtual meetings, suggesting they wait until an in-person meeting is possible. Now, even traditional Japanese firms are open to initial meetings via video call.

“We’ve found that we can still get very meaningful business and can close deals at this time,” he said. “We’ve also been able to improve relationships with our clients overseas, with whom we used to only have weekly voice calls. With the use of Zoom, we now turn on the video feed.”

Although Intralink is now offering face-to-face meetings, 90% of clients continue to choose video meetings as they remain cautious. To make these effective, he said preparation is key, including a back-up plan should technical issues arise and a pre-shared agenda, even for meetings for simple introductions.

“In face-to-face meetings, silence is golden but, in the virtual space, silence is hell,” he said.

Regardless of the return to the office, virtual meetings may be here to stay, according to Lyle. He has seen first-hand how the corporate Japan that once shied away from online meetings is now increasingly embracing them.