Written by Sterling Content
May 1, 2020
Past Event Round Ups 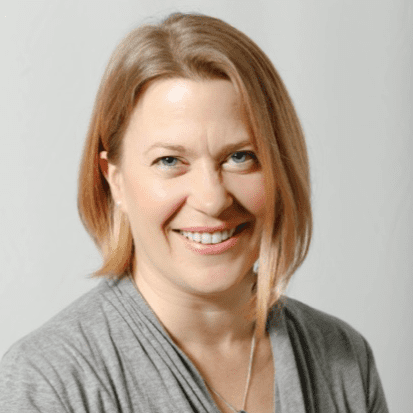 Written by Sterling Content
May 1, 2020
Past Event Round Ups

With COVID-19 acting as a major disruptor to firms, communities and cities worldwide, organisations have an opportunity to avoid a return to the status quo, instead choosing a better future for people and planet. That is according to British Chamber of Commerce in Japan (BCCJ) Responsible Taskforce members who delivered a webinar on April 22.

Moderator David Bickle, BCCJ president, invited the panellists to consider the challenges and opportunities that businesses can expect in three time periods: “the now, the next and the beyond.”

In March, when COVID-19 began to spread more widely in Japan, the top priority for firms was “ensuring the safety and security of their people,” said Bickle.

The next step was keeping operations running. McLeish noted that firms with business continuity plans tested them immediately, introducing telework and other measures to allow staff to work safely and productively. Firms with weak or no plans, however, have been “scrambling.”

Today, businesses remain concerned with managing liquidity and continuing operations, even in a different form. Restaurants, for example, are moving to takeout and delivery, acting on the reality of more people staying at home, to secure a short-term revenue stream and perhaps a longer-term opportunity.

“For companies, your value proposition has never been tested more seriously than right now,” she said.

Indeed, 58% of the webinar attendees said in a live poll that their biggest challenge is keeping business going or adapting the business model. One fifth said managing remote relationships while 13% said adjusting to working from home.

“COVID-19 is bringing to the fore what is important and what is needed for work. Moving forward, can we change the way we work and be more responsible to employees and their mental health and wellbeing and have a less negative impact on the environment?” Kinooka said, pointing to remote working as an example.

The new normal for many firms, teleworking allows workers to be as productive from home as the office. Furthermore, people can use the time previously spent on commuting to enjoy a better quality of life, she said.

McLeish agreed that, as a result of the crisis, people are seeing—and believing—what is possible post-pandemic.

“We have an opportunity to change hearts and minds,” she said. “EY had teleworking and flexible working [before the crisis] but not many people wanted to use it. Now people are seeing the benefits of what we’ve been talking about.”

Kinooka admitted that financial uncertainty and limited scope to adapt business models might hinder some firms in thinking about responsible business. Corporations with a financial cushion or service-based firms with digital capabilities, however, can start to think about how they can adjust to create a better future.

“It’s important to keep the long-term view in mind as we move into the next,” she said, calling on attendees to take small steps now that “involve thinking about our actions as a responsible business to the environment, people, communities and our wider network.”

The crisis has also raised issues of discontent, said McLeish. Some firms, for example, are finding their customers are not as engaged with them as they were before the disruption. The crisis has also caused people to think about how they live, and individuals and firms to consider their financial wellness.

Although some organisations might be tempted to focus on survival, shelving their responsible business efforts until the crisis is over, the panellists cautioned against this move.

“We’ve got to be very aware as organisations that we will be influencing—and will be judged—by people, society, communities and customers on our moves now and as we move into the next,” said Kinooka.

Firms that simply ignore issues, such as supply chain and community impact, might find post-COVID-19 that their lack of action has lost them customers.

Bickle noted that some conglomerates and firms owned by the super-rich are already receiving backlash for furloughing workers using government funds rather than banks or their own wealth.

“Leaders need to be mindful of how they are being perceived,” he said, adding that businesses are being judged by multiple stakeholders.

BCCJ members shared a desire to influence and communicate. In the second webinar poll, 44% of attendees said customer engagement was their priority in the next few months.

Amidst the devastation of COVID-19, there has been much coverage of the improved natural environment, including cleaner waterways and reduced air pollution.

McLeish suggested that seeing a clean environment will make people focus on addressing climate change post-crisis. Businesses, too, will consider how they can act in a more environmentally responsible way.

“There needs to be a recalibration of our long-term business plan and our long-term value strategy,” she said. “We can use the momentum of the crisis for positive gain in the future.”

Kinooka agreed that organisations can take this time as “an opportunity to be better,” citing Milan’s plan to repurpose 35km of the city’s streets primarily for walking and cycling post-lockdown. Aside from the benefits to quality of life, an open, improved space will provide a commercial opportunity for cafes, thereby revitalising the economy, she said.

McLeish suggested that assessing staff’s health and wellbeing using measures such the obesity rate could be an option. Kinooka said firms could adopt engagement surveys to assess if staff are changing their behaviour, thereby allowing actions to be rewarded. Ultimately, leaders should be judged on more than simply financial KPIs.

As firms consider how to move forward, Kinooka suggested that collaborations will make organisations more resilient in future. She called on businesses to look to their network for new partnerships.

In closing, Bickle said that both investors and consumers are looking for resilient firms.

“Part of resilience is being aligned with responsible business,” he said, adding that firms should “balance sensible financial decisions and also stay true to other goals that are important for the future.”