Written by BCCJ
June 4, 2019
Community and Business, Past Event Round Ups 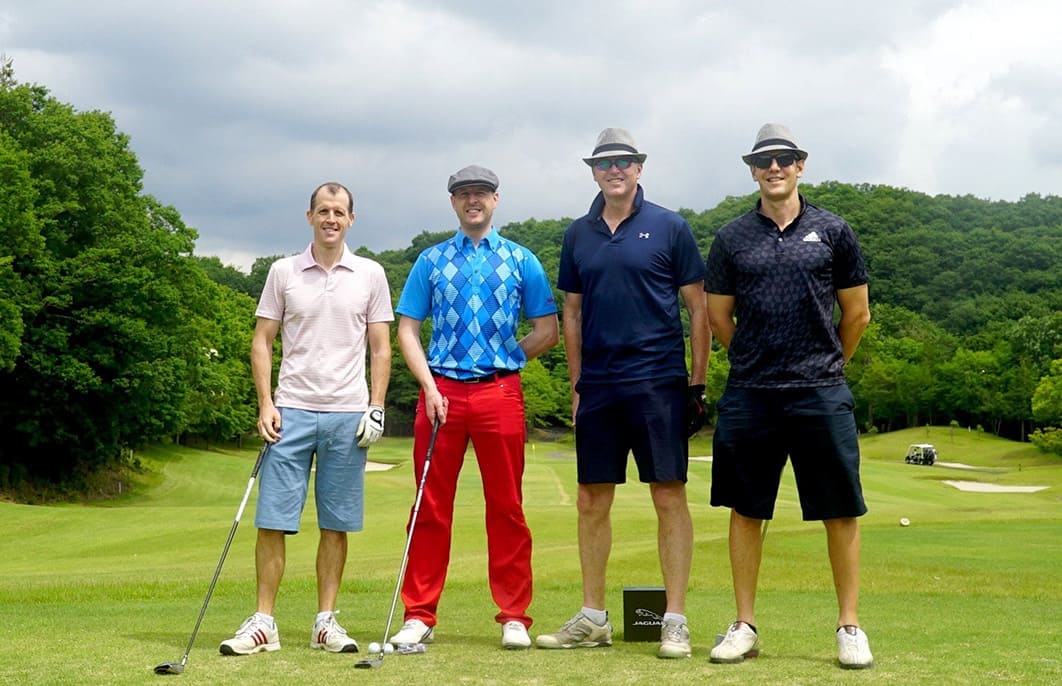 Written by BCCJ
June 4, 2019
Community and Business, Past Event Round Ups

This year’s British Chamber of Commerce in Japan (BCCJ) Golf Day, the “2019 BCCJ Cup” was held at the Gold Tochigi President’s Country Club on May 31 (Friday) 2019.

Organised by the BCCJ Golf Taskforce, the event welcomed almost 50 players from the BCCJ and wider network with male and female players of all levels joining a sunny, social day out on the Jack Nicklaus-designed course.

Against a very scenic landscape there were fabulous prizes up for grabs, including those donated by headline sponsors Jaguar Land Rover, and InterContinental Hotels Group: weekends at five luxury holiday resorts across Japan; luxury car weekend packages; and even tickets for the opening game of the 2019 Rugby World Cup, to be held in Yokohama on September 20 2019.

After golfers played 18 holes, William Ramsay (CEO of Hynd), head of the BCCJ Golf Taskforce, and Lori Henderson MBE, Executive Director of the BCCJ, opened the prize-giving ceremony, saying it was a pleasure to be welcoming such a diverse group of players the tournament.

Joe won the top prize of two tickets for the opening game of the Rugby World Cup 2019, a Land Rover business case and test drive of the new Land Rover EVOQUE.

His name will now be inscribed on the BCCJ Cup trophy – unveiled last year to mark the Chamber’s 70th birthday – along with golf day winners dating back to our first ever golf tournament, held in 1951.

Second place was taken by William Ramsay who won a model I-PACE Jaguar signed by Kei Nishikori, a Jaguar business case and also a test-drive in a Jaguar I-PACE, recently crowned World Car of the Year.

Congratulations to all of our winners!

Our top ten winners, under the Shin Peoria scoring system were as follows:

Thank you very much to our 2019 BCCJ Cup prize sponsors:

Finally – thank you to all players, sponsors and support teams for making this year’s BCCJ Cup a great day out for all. We hope to see you all again next year!

A selection of photos from the event can be found HERE

Open to members of all nationalities, we offer high-value events (including an annual golf day!), productive networking and promotional opportunities, valuable information services, and access to influential institutions and individuals.

If you are interested in becoming a member of the British Chamber of Commerce in Japan, click here