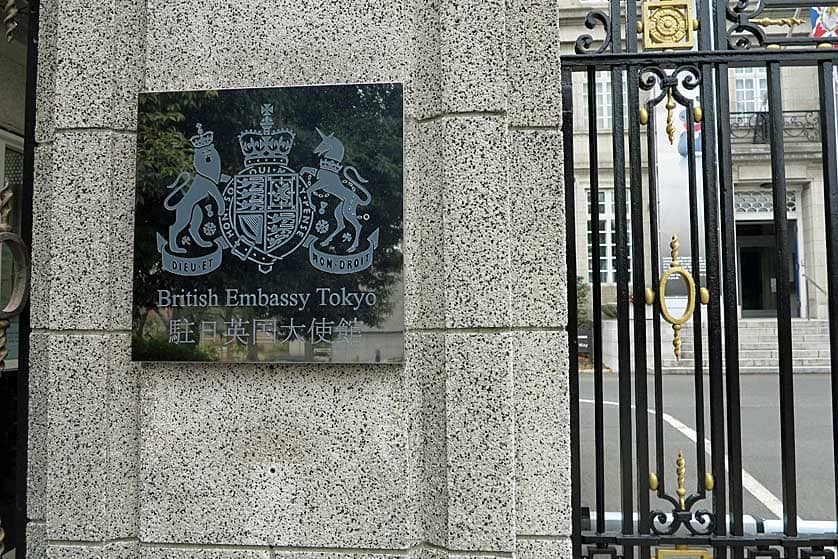 Domestic and international members of Japan’s business community welcomed Secretary of State Dr Liam Fox MP and representatives of top UK firms to the British Embassy Tokyo on 30th August. The special event marked the start of the delegation’s three-day visit to Japan, designed to showcase the best of the UK’s cutting edge in business while furthering links between the two countries.

The delegates’ trip coincides with the state visit of Prime Minister Theresa May, who disembarked in Kyoto to meet her Japanese counterpart Shinzo Abe before re-joining the group in Tokyo. Aside from talks with Mr Abe on the future of bilateral relations post-Brexit, she will give a speech at a business forum, address the country’s National Security Council and have an audience with Emperor Akihito.

Speaking at the embassy reception, Dr Fox outlined the warm relationship between the UK and Japan and his confidence that existing ties can be strengthened. Trade between the two countries, he said, has increased by about 12% over the past couple of years while, over the same period, the global trading level has risen by only 1.2%.

He tried to allay uncertainties about the lead up to and beyond Brexit. “As we leave the European Union our primary aim is to maintain market stability and market access that we have at the present time,” he said, pointing out that the British government plans to adopt the EU–Japan deal into UK law or use it as the basis of a bilateral agreement. “Either way,” he added, “we will ensure that there is market continuity because the relationship between our two countries is far too important to allow there to be a gap of any length of time.”

Dr Fox added that, as the UK government seeks to establish a “truly global Britain” post-Brexit, it is adopting “a much more strategic and deeper view” of the world with its most important partners.

“Japan is a partner that is willing to work with us to defend the international rules-based system and to stand up to the voices of protectionism which are becoming too loud in too many parts of the global economy,” he said. He added that he believes Japan shares the UK’s view that “prosperity, including open trade, social stability, political stability and security are part of the same continuum that cannot be broken in one part without breaking all the parts.”

Carolyn Fairbairn, director-general of the Confederation of Business Industry, told guests that Japanese firms have found the UK to be a great location to do business thanks to its “skills base, sense of fairness, language and
record in innovation” which she described as “UK attributes we want to strengthen in the years ahead.

Representatives of the 15 firms, which are at the cutting edge of cyber security, life sciences, the nuclear industry and whiskey production will attend a number of events
inTokyo to maximise commercial opportunities between the UK and Japan.

On August 31st they joined more than 150 senior executives, decision makers, opinion formers and senior government representatives from Japan and the UK at a business forum on UK–Japan partnership through innovation. Following speeches from Mr Abe, Mrs May, Dr Fox and the chairman of Hitachi, Ltd. Hiroaki Nakanishi, attendees heard from expert panellists on how to use partnerships for growth and use major sporting events such as the Rugby World Cup 2019 and Tokyo 2020 Olympic and Paralympic Games to stimulate change.

The UK delegation is also scheduled to attend a banquet at Akasaka Palace.