Written by Sterling Content
April 24, 2020
Past Event Round Ups 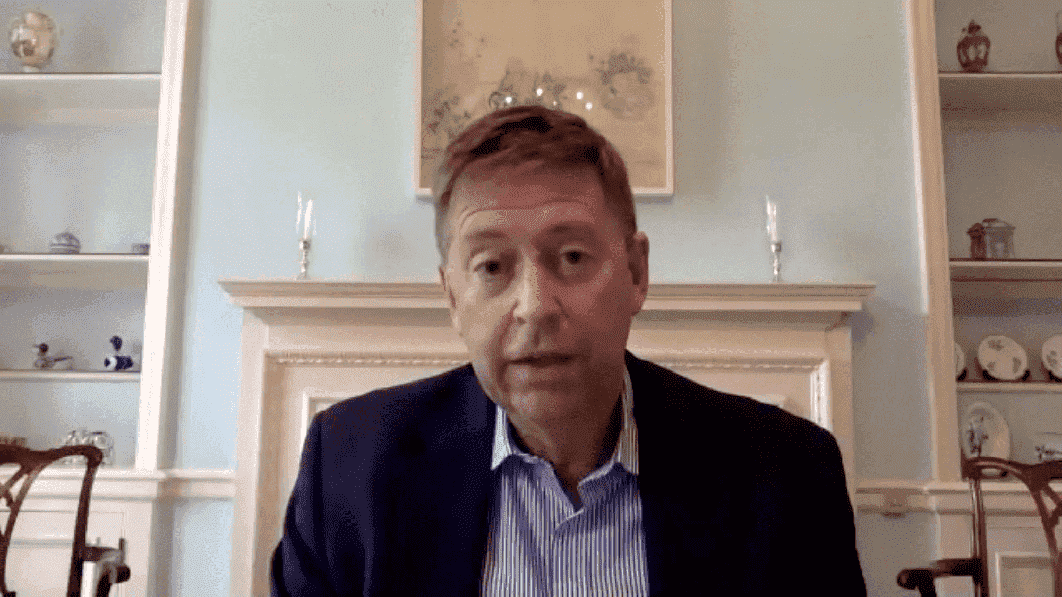 Written by Sterling Content
April 24, 2020
Past Event Round Ups

British Ambassador to Japan Paul Madden CMG and members of his team at the British Embassy, Tokyo delivered a British Chamber of Commerce in Japan (BCCJ) webinar exclusively for members on April 21.

Madden began the session on the British government’s response to COVID-19 by recognising the “mix of fear, frustration and fatigue” felt around the world as people cope with the crisis.

In the UK, which has seen 124,000 cases and 16,500 deaths as of April 20, the public are living under extensive lockdown, introduced on March 23 to slow the spread of infection. Japan, meanwhile, has recorded 10,000 cases and 123 deaths, prompting its government to extend a state of emergency to the entire country on April 17.

The economic impact on both countries is expected to be significant. The International Monetary Fund predicts the UK’s GDP to fall by 6.5% this year, while Japan might see a GDP drop of 5.2%.

With the majority of embassy events and projects cancelled or postponed due to the crisis, staff are involved in four main areas of work: supporting British nationals, engaging with UK–Japan business, reporting to Whitehall on Japan’s COVID-19 policies as well as the factors driving them, and working with Japan on a global response to the crisis within international organisations like the G7, G20 and World Health Organization.

The UK government has been urging British travellers to Japan to return home amid the rapid decline in availability of commercial flights. In recent months, thousands have left, leaving an estimated few hundred across Japan.

Madden pointed out that flights to London (direct with JAL and ANA and indirect with other carriers) are still operating for anyone wishing to return to the UK.

However, non-Japanese nationals who leave Japan now will not be allowed to return in the short term. Japan-resident Brits who left Japan before April 3 will be allowed to return if they are a permanent resident, long-term resident or immediate family member of a Japanese national or permanent resident. Details: https://www.gov.uk/foreign-travel-advice/japan/coronavirus?

Unlike their counterparts in some Asia-Pacific countries with huge numbers of UK travellers or weak healthcare systems, Tokyo staff have not been involved in major repatriation activity since the Diamond Princess cruise ship crisis. Rather, consular staff are focused on updating travel advice and using social media and other methods to provide the latest information on COVID-19, so Brits in Japan can make informed decisions.

Sign up for email alerts on changes to travel advice here: https://www.gov.uk/foreign-travel-advice/japan/email-signup

As part of efforts to support UK–Japan business, staff are providing reassurance to Japanese investors in the UK, helping the National Health Service access equipment through supply chains in Japan and the Asia-Pacific, and offering support to UK firms.

Last week, the embassy hosted a webinar for some large UK firms and reached out individually to others, large and small. Issues reported include shortfalls in turnover as well as difficulty in securing visas and using digital signatures. Uncertainty remains for businesses involved in the hosting of the Olympic and Paralympic Games in 2021.

The travel restrictions are particularly difficult for British firms seeking a foothold in Japan. Still, the crisis presents opportunities to see how digital pitches might replace trade shows and face-to-face meetings, said Chris Heffer, director of Trade and Investment Japan, adding that a digital fintech pitch event is in the pipeline.

Naomi Davies, economic counsellor, explained that in addition to the ¥100,000 payment eligible to each Japan resident, the Japanese government is extending financial support to businesses, including British firms in Japan.

British firms in Japan that pay into the Japanese government’s employee insurance scheme for their staff are eligible for an employment assistance subsidy. It offers wage subsidies of up to 90% for SMEs and 75% for large corporations, provided that the businesses do not make anyone unemployed.

Also available are grants of up to ¥2 million for corporations and SMEs and up to ¥1 million to sole proprietors whose revenue falls 50% in any month in 2020 compared to that of the previous year.

Other financial support includes deferred tax measures and requests to landlords to consider deferred rent for businesses, depending on the tenant’s situation.

Webinar moderator Alison Beale, BCCJ vice-president, introduced several questions from attendees about threats and opportunities in the post-COVID-19 world as well as learnings for business.

“The crisis has shown how interconnected we are in the modern world … [Disruption to] a small plant in one country providing key components can make whole industries temporarily grind to a halt,” said Madden. “It’s put pressure on businesses to rethink resilience.”

Some countries are expected to respond to supply chain difficulties by diversifying or bringing their supply chains home. Others will seek a return to the status quo. At the very least, the crisis is likely to accentuate the trend by firms to reduce reliance on China in their supply chain and develop operations in other low-cost locations.

“As an economist, I would emphasise the importance of diversification of supply and access to goods. If you bring supply chains home and have a major domestic issue like flood, you would be in a weaker position than you would be if you had had a global supply chain,” said Davies.

As countries return to normal, the UK government will press for “continued emphasis on keeping markets open, on free trade and on resisting protection, so we can have diverse sources of supply again,” Madden added.

While the current top priority for the UK government is the healthcare and economic response to the crisis, work continues on a new relationship with the European Union, said Madden, adding that the government remains committed to ensuring a smooth close to the transition period at yearend.

Some negotiators on both sides contracted COVID-19 in recent weeks, halting progress, but further negotiations are scheduled, he added.

In Japan, the crisis has impacted the frequency of discussions on a new bilateral arrangement between Japan and the UK from next year, but contact continues.

Many events to be held as part of UK in Japan 2019–20, a joint initiative by the British Council and the British Embassy, Tokyo, have been cancelled or postponed. The campaign was launched to showcase the breadth of the UK relationship with Japan, and included exhibitions, concerts and plays.

“Masterpieces from the National Gallery, London” was hung in Tokyo ahead of what was to be the exhibition’s first unveiling outside the UK but was cancelled before the opening. In response, organisers are working to bring the art to the public digitally using techniques like those adopted for Cool Japan’s “Japan in the Cloud” exhibition in the UK.

As much of the campaign was focused around the Olympic and Paralympic Games, some financial support will be held in reserve to allow events to be held in 2021.

In innovation, the crisis has strengthened collaboration between research institutes in Japan and the UK, particularly in the fields of life sciences and medical sciences.

With remote working continuing, Madden shared examples of welfare initiatives at the embassy to support the 95% of embassy staff working from home. These include regular call-ins to keep staff engaged and buddy systems so problems can be discussed. As staff may be sharing working spaces with partners, children and even elderly relatives, understanding is also vital, he said.

In closing, he noted the current “outpouring of kindness” seen around the world as people cope with the crisis. “I hope some of that will be retained when we get back to the buzz of our everyday lives,” he said.