British Embassy Tokyo & British Council Japan – What to expect in 2021 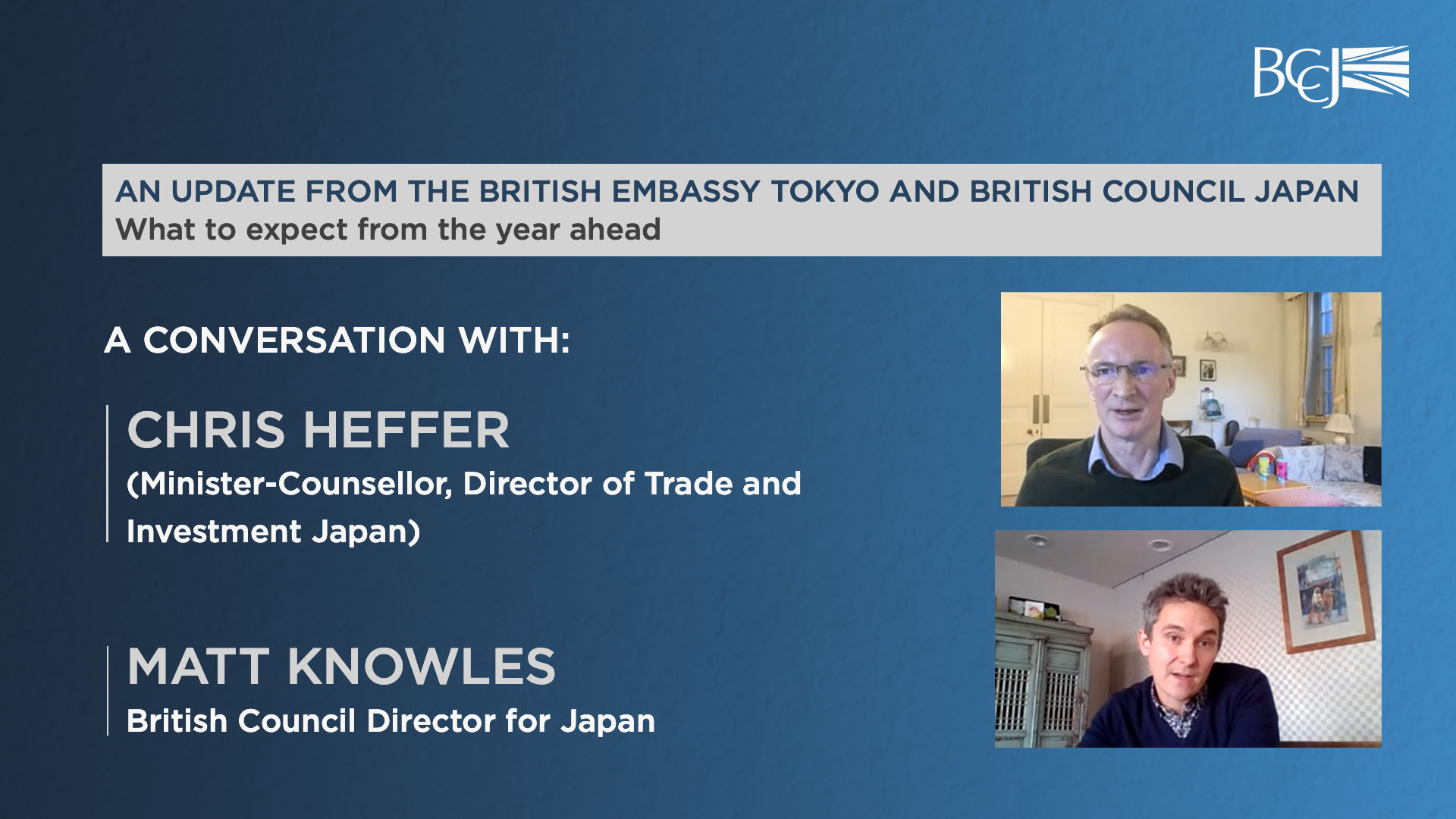 In late January, Chris Heffer of the British Embassy in Tokyo and Matt Knowles of the British Council in Japan spoke about what we can expect from them this in 2021.

With the establishment of a historic CEPA trade deal between the UK and Japan, new opportunities have emerged for British companies to invest in Japan and vice-versa. As a result, multiple market sectors will now see lowered tariffs, with an agenda to have 0% tariffs by 2023. This is especially good for the agricultural sector as tariffs have already lowered such as British beef from 38% to 33%. On top of that, we can now expect to see other famous British products including Scottish Salmon, West Country Cheddar Cheese, Scottish Whisky on the shelves at better prices. And in the defence sector, a new bilateral collaboration is on its way as Japan as the UK looks to build a future combat aircraft.

On the language training, although the pandemic has caused significant disruption, adapting new technology to teach online has allowed for exciting new access for some students. Since classes were always held in class before, those who would want to take English classes through the British Council would have to travel to IIdabashi to do so. Now with Covid-19, flexibility of online classrooms means that anyone can participate in classes even from remote areas. The British Council is also campaigning for a cultural exchange between the UK and Japan with the goal of achieving 100 new partnerships to deepen understandings between the two countries. As part of the, the British Council has been hosting a series of online events showcasing some of the best of the UK and Japan.