Written by Sterling Content
August 21, 2019
Past Event Round Ups 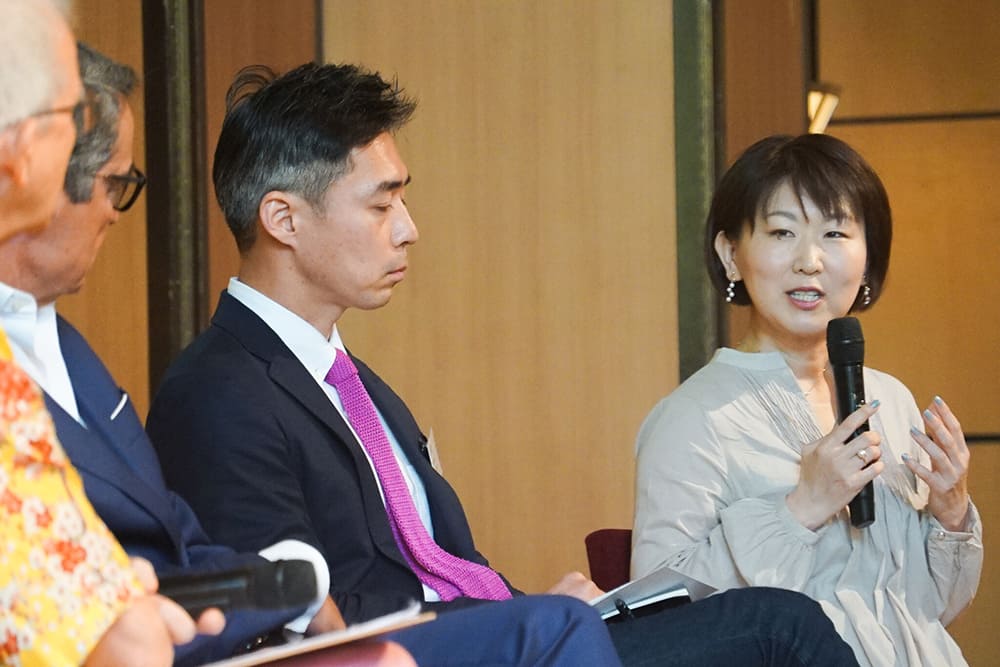 Written by Sterling Content
August 21, 2019
Past Event Round Ups

The influx has provided a welcome boost to the economy. Nationally, travel and tourism’s contribution to GDP reached 7.4% in 2018 and, in some regions, overseas visitors’ spending is helping bring jobs to communities. But the influx also leaves Japan grappling with issues such as overcrowding at popular historical sites and a lack of tourism infrastructure.

With a government target of 40 million international visitors by 2020 and 60 million by 2030, how can Japan ready itself? How can it benefit economically while avoiding the social and environmental impact of overtourism? And, how can regions outside the “golden triangle” of Tokyo–Kyoto–Osaka get more of the tourism pie?

With these issues in mind, the BCCJ held its inaugural “Travel Tourism Think Tank: Responsible Tourism” on July 29 in Tokyo.

Hiroshi Yamashita, manager of the overseas promotion department at the Japan National Tourism Organisation (JNTO), opened the event by highlighting the rapid growth in international visitors to Japan. The majority are from East Asia, principally China, South Korea and Taiwan.

British travellers to Japan, meanwhile, ranked 13th overall but were the largest group from Europe, reaching a record high of 334,000 visitors in 2018. Yamashita noted that British tourists sought “traditional culture and history” as well as Japanese food, shopping and sightseeing.

JNTO’s inbound tourism targets are expected to be aided by a plethora of upcoming events in Japan, notably the Rugby World Cup, which will kick off in September, and the 2020 Tokyo Olympic and Paralympic Games. Also scheduled are the World Masters Games 2021 in Kansai, World Expo 2025 in Osaka and 2026 Asian Games in Nagoya. As such events will be held across the country, they are expected to give visitors a further draw to the regions.

Attendees heard from a panel of industry experts, comprising of

Jarman said she expected the government’s target of 60 million tourists by 2030 to be reached, but more effort is needed in supporting local communities to reap the benefits.

“Over the next 15 to 20 years, almost 800 villages in Japan will die out. One of the ways to bolster the economy and support the people living there is to get new [tourists] there – how do we do this and help revitalise these local areas?

Heijligers of IHG ANA Hotels Group Japan, part of the global InterContinental Hotels Group, said that local areas, with their own distinct culture, could prove attractive to tourists.

“Right now, the focal point of tourism is the golden triangle, whereas there are so many more opportunities … Japan has an opportunity to attract more people from Western markets and one thing that sticks out is that Western markets are looking to connect culturally with destinations.”

He pointed to his company’s new luxury hotel in Beppu, Oita Prefecture, as an example of how the industry can engage with the local community. One of its initiatives is sourcing all produce within a 50-kilometre radius.

But he warned against industry players thinking short-term and trying “to create something that just happens overnight.” Instead, tourism developments need to be both sustainable and responsible.

For example, there are a growing number of tours offering visitors cultural experiences or opportunities to cook with local people.

“When [local people] hear about international travellers, they get confused – is this friendship or business? If they see it as friendship exchange or goodwill, they don’t take it as a regional business opportunity,” Fukawa noted.

He also pointed out regional confusion about whether responsibility for sustainability lies with local, prefectural or national players. A potential solution, he said, is to offer tourism education from a young age.

Okabe of MENEX, the operator of Japan’s first purpose-built hotel for exploring the countryside (Zenagi, in Nagano Prefecture), pointed out how international visitors could offer a fresh perspective on the attributes of Japan.

“Many Japanese people aren’t aware of what they have, yet they live in such an abundance of nature, culture and history. It’s an eye opener for them to have international visitors in regional areas, since they see things through different eyes and can help locals realise how much Japan has to offer,” he said.

Panel moderator Adam Fulford CEO of Fulford Enterprises, added that the nation needs to consider the importance of its traditional cultural values, including its omotenashi spirit of hospitality. Moreover, tourists have the potential to be positive “contributors” to tourism as well as consumers.

Drawing on the expertise within the BCCJ community, attendees joined groups to discuss steps to achieve responsible tourism. They noted the need to respect the local environment and community.

Delegates also opined if the BCCJ should consider becoming an advocate for responsible tourism by setting a strategic advisory panel. The purpose could be twofold: to relate that Japan should be proud of and preserve its traditions and to offer advice on how the country manages the growing number of visitors.

“This is an exciting time as Japan is still underdeveloped in tourism. The nation can cope with 60 million visitors, but it has to be done the right way,” concluded Walk Japan’s Christie.

Special discount for BCCJ members at The Expedition Hotel Zenagi
The Expedition Hotel Zenagi (https://zen-resorts.com/en/) will give a 50% discount off from all-inclusive package plans, which come with breakfast, lunch and dinner as well as an outdoor activity of your choice. The outdoor activity can be selected from water activities, e-mountain biking and more. To find out more about what package plans are available, please email us to [email protected] together with a coupon code BCCJ. The discount campaign will only last until 31 October 2019.