Each week the BCCJ sends out a one-question survey to members from 40 industries to gain real-time insight on hot topics.

On June 4, ahead of our Wow the World in Regional Japan event, we asked you, ‘What headaches do you think rural communities suffer from?‘ We received some great in-depth responses, with lack of economic opportunities and attracting skilled individuals the most referenced issues. We would like to share a couple of stand-out comments below:

“I don’t think it’s a new issue but from my experience living in and working with rural communities, they suffer from a lack of confidence and lack of ideas in what they can do vis-a-vis business, especially tourism. Most people have had no experience working outside the prefecture so do not see the potential they have to attract tourism – one of the biggest potential growth areas for rural communities. They can also be reluctant to change and can be risk-averse in general. Other headaches are drawing talented people to live in the community and securing attractive long-term employment options.” 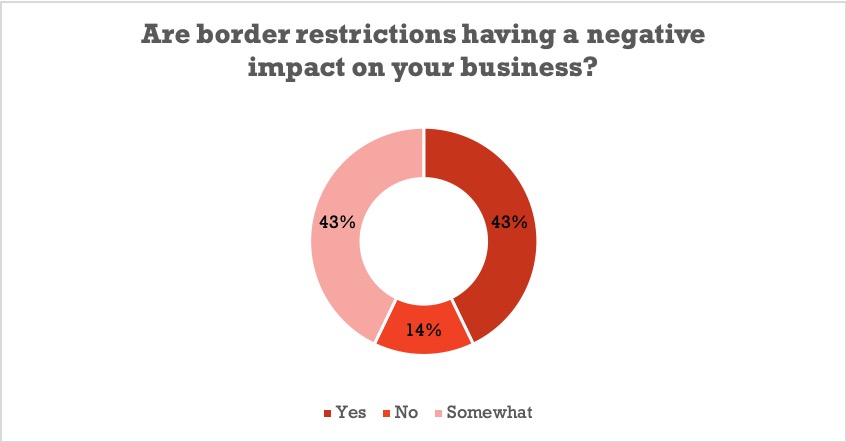 On May 21, we asked, “Are border restrictions having a negative impact on your business?”. The majority of organisations reported that they are experiencing turbulence, with 43% answering ‘Yes’, and the same percentage answering ‘Somewhat’. 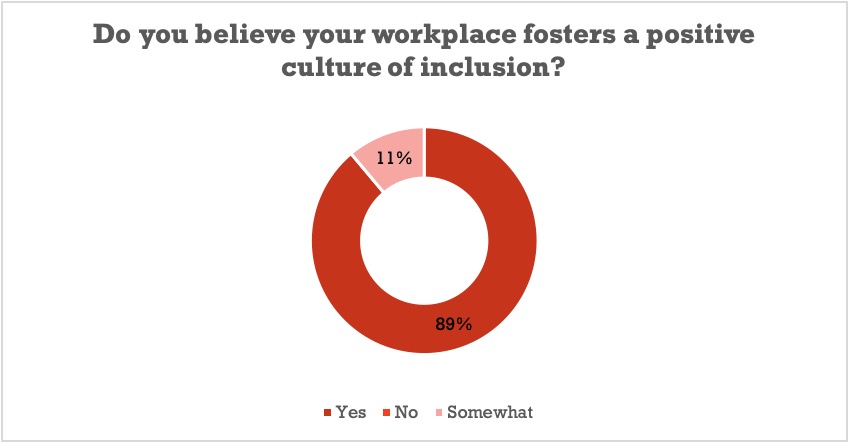 As the BCCJ turns its sights onto our BCCJ Diversity & Inclusion Survey 2021, we asked you, “Do you believe your workplace fosters a positive culture of inclusion?”. The results were overwhelmingly positive, with 89% of respondents stating they were believed their company did achieve this, and the remaining 11% answering that they ‘somewhat’ believe their workplace achieved this. 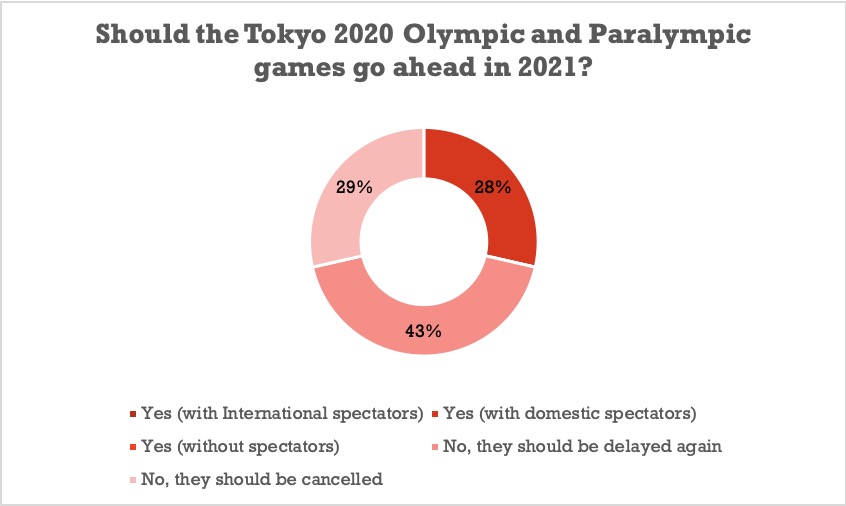 As the International Olympic & Paralympic Committee insists it is still “moving fully ahead” with the Tokyo 2020 Games despite domestic unease, we asked you ‘ Should the Tokyo 2020 Olympic and Paralympic games go ahead in 2021?’. 72% of respondents stated they think the games should be delayed or cancelled, while 28% answered they would like to see the games go ahead, but with a domestic audience. Out of those that stated the games should not go ahead this year, 29% answered they would like to see it cancelled, while 43% of respondents think it should be delayed again. 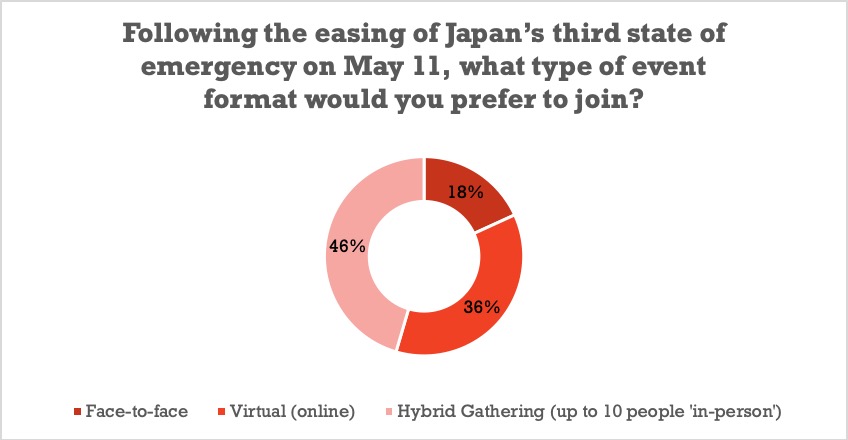 April 30, we asked ‘What type of event format would you prefer to join?’. 18% of respondents stated that they would rather join in-person events, an increase of 15% compared to a similar survey we shared last October. 46% said they would rather join a hybrid event of 10 people or less, while 36% answered they would feel more comfortable attending virtual events.

On April 23, we asked, ‘Do you plan to travel in Golden Week?’. In contrast to the previous Pulse survey (#1), this was very one-sided, with 89% of respondents stating that they do not plan to travel. The results were very in line with a JTB Corp. survey conducted on 20,000 people earlier this month, which saw just 10.3% of participants answer that they do intend to travel this GW. 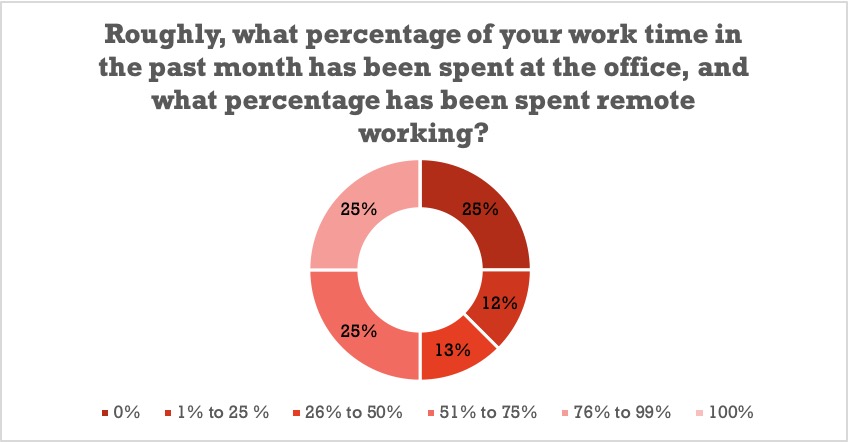 April 16, the BCCJ asked ‘Over the past month, where do you find yourself working?’. Out of the responses received, 50% of participants stated spending more time remote working, and 50% stated working more frequently from home. As an accumulated average, 55% of the time was spent working remote working.