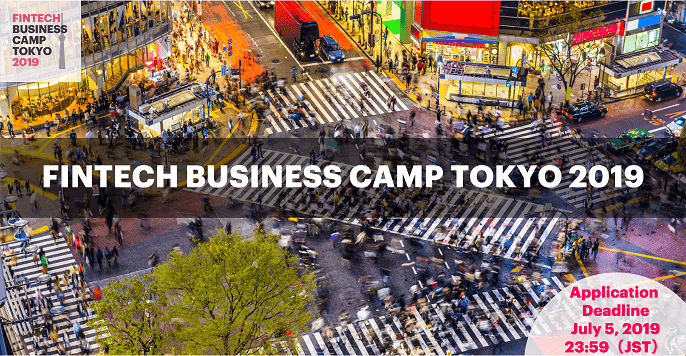 Objectives and Overview of the Program

The British Chamber of Commerce in partnering with the Tokyo Metropolitan Government to promote and deliver an upcoming FinTech Business Camp Tokyo 2019.

In November 2017, the Tokyo Metropolitan Government (TMG) formulated the “Global Financial City: Tokyo” Vision with the aim of making Tokyo an unrivalled global financial centre. The policy outlines the form that this city should take, concrete measures to be taken, and the structures needed to make the vision into a reality. TMG will work together with the national government, private sector, and other bodies in carrying out initiatives to revitalize the city’s financial sector.

Since FY2017, the “Accelerator Program – FinTech Business Camp Tokyo” (hereinafter referred to as “the program”) has been held by TMG with the goal of inviting foreign startups with cutting-edge technologies and business models to come to Tokyo and deepen their knowledge of both Japan’s unique market and the various needs of companies in the capital city. Furthermore, by providing Tokyo companies the opportunity to familiarize themselves with technologies possessed by foreign companies, the program aims to cultivate business matching and attract foreign companies to Tokyo.

In the last 2 years, applications were received from 129 companies across 24 countries and regions. Through a rigorous review process, a total of 19 companies were selected for the program. This year, TMG will take its next step as an unrivalled global financial city by continuing to spur participation by first-rate foreign companies.

The program looks for foreign companies with advanced technologies (e.g. AI, IoT, blockchain, VR/AR, robotics) that promotes digitalization in the financial industry, and which have not yet established a Japanese corporate entity. Around 10 companies will be selected.

Advantages of Participating in the Program