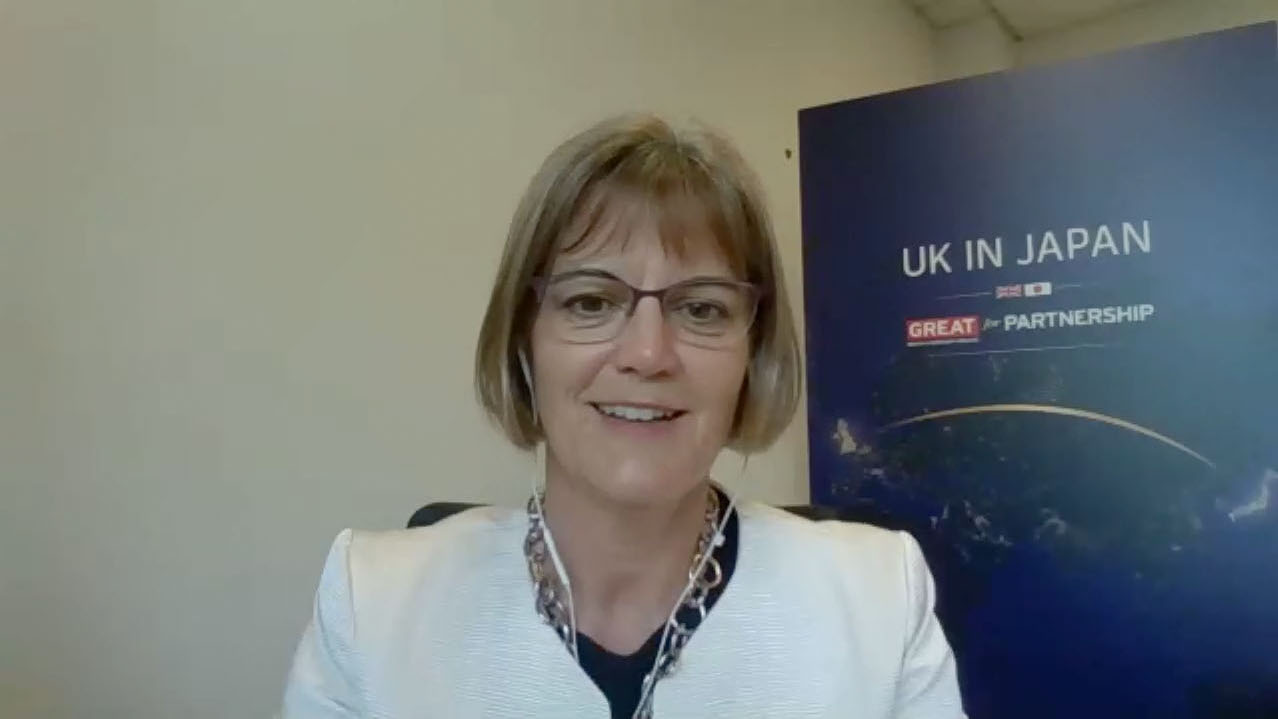 On March 29, Julia Longbottom CMG formally became British Ambassador-designate to Japan. Having since presented her credentials to Emperor Naruhito, Julia has made history as the first female Ambassador in this particular role.

Julia is now part of an illustrious cohort, since 18 of the UK’s top 25 diplomatic positions are currently held by women. This includes female British Ambassadors in all of the other G7 nations – Canada, France, Germany, Italy, USA and of course Japan — as well as Australia, China, Russia, and the United Nations in New York.

On the afternoon of May 14, over 120 BCCJ members gathered for an online session “Welcome: Her Majesty’s Ambassador to Japan, Julia Longbottom CMG” – the purpose of which was to welcome Julia back to Japan, and hear her thoughts on the UK-Japan relationship as it enters an exciting new era.

Julia is a familiar face to many in the BCCJ community, having previously served in Tokyo as Second Secretary – Political Affairs (1990-1993), as Minister and Deputy Head of Mission (2012-16).

In her opening remarks, Julia expressed particular enthusiasm for supporting initiatives to curb climate change, and making the most of new opportunities stemming from the recently signed UK-Japan Comprehensive Economic Partnership Agreement.