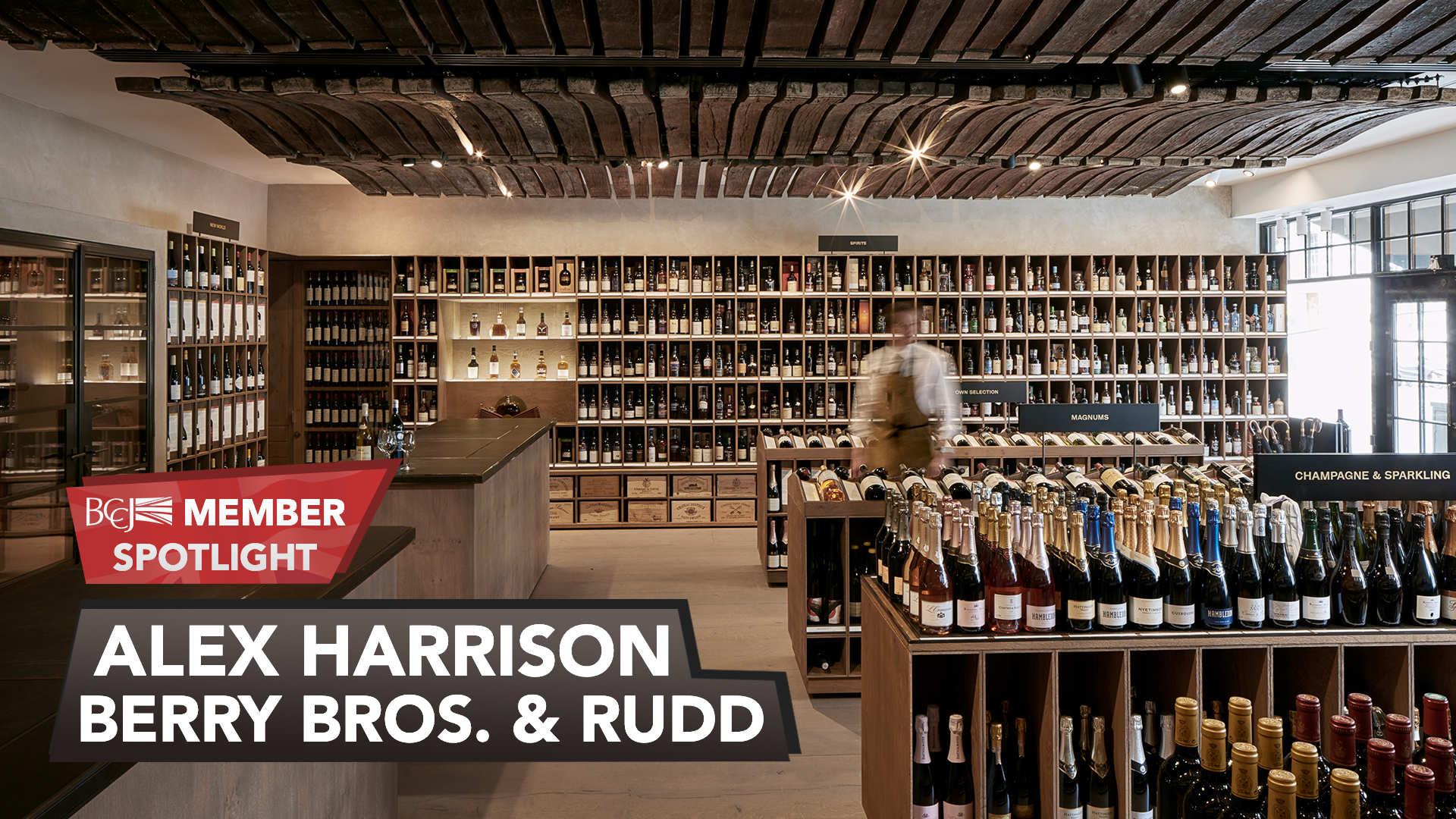 BCCJ Junior Editor, Wade Masahiko Thompson and Yu Takahashi caught up with Alex Harrison of Berry Bros & Rudd to learn more about his journey, the emergence of English Sparkling Wine, and the future of this exciting market.

Could you share a little bit about yourself and your passion for wine, and your background in the industry?

As a student studying French and German, I had the opportunity to study abroad and was lucky enough to find myself living in Lyon, which is sometimes referred to as the gastronomic capital of the world. It’s also very close to the Rhône Valley, Beaujolais and Burgundy, where experiences sparked my love for wine. Although I set out on a different path after university, when I was offered a job at Berry Bros. & Rudd I jumped at the opportunity to make a career out of my personal passion.

Once viewed as an obscurity, bubbly produced in England is now considered to be some of the finest sparkling wines in the world. What has led to the emergence of English sparkling wine over the past decade?

Firstly, it’s important to acknowledge the work of all the dedicated producers and young winemakers that recognised and invested in the region’s viticultural potential. These are passionate people who are driving English sparkling wine into exciting new territory. There’s a self-fueling cycle where people drink the wine and are blown away by the quality that is being produced, and the positive feedback then further motivates the producers to keep pushing forward and make the wines even better. This has led to the growth of a vibrant, dynamic and youthful British wine scene.

Another important factor is climate change. In the southeast of England, the average temperature has risen by 2 degrees since 1950 which has made commercial grape growing a more viable prospect. The growing conditions in the southeast of England today are comparable to Champagne in the 1980s. The acceleration of climate change (although devastating) has undeniably been an important factor in making this possible.

What are the roots of winemaking in England? Historically the UK’s primary role in the wine trade has been a centre of commerce, especially around London. Berry Bros. & Rudd is the UK’s oldest wine and spirits merchant and was founded in 1698, which demonstrates just how far back the UK has had a hand in the wine trade. Grape growing, however, goes back even further. There’s evidence that vines were planted by the Romans from as early as 50 B.C., and 47 vineyards were recorded in the Domesday Book.

The modern era of commercial grape growing in England begins in the 1950’s, and the first sparkling wines began to appear in the 1990’s. In terms of popularity, I think English sparkling wine has been a bit of a slow burner – this is not a criticism, and indeed the same is true for any newly emerging region as it takes time to break into the market, get critical recognition, and capture consumers’ attention. However, in the past 10 years, there have never been more English sparkling wine producers, and the industry has really begun to take off.

Could you tell me a little more about Gusbourne, one of the English Sparkling Wine producers available from Berry Bros. & Rudd in Japan today?

Gusbourne was founded by Andrew Weeber, a retired surgeon who set up the estate in 2004 with the goal of making sparkling wines that could compete not just with the best in England, but with the finest in the world. The estate has achieved a great deal in a short amount time and is one of the pioneers of English sparkling wine. Within 10 years of being founded, Gusbourne won the International Wine and Spirits Competition’s English Sparkling Wine Producer of the Year Award for the first time in 2013, and again in 2015 and 2017. Andrew has taken skills from his time as surgeon, such as his attention to detail and absolute focus, and has been applying these to his endeavours in English sparkling wine with great success. 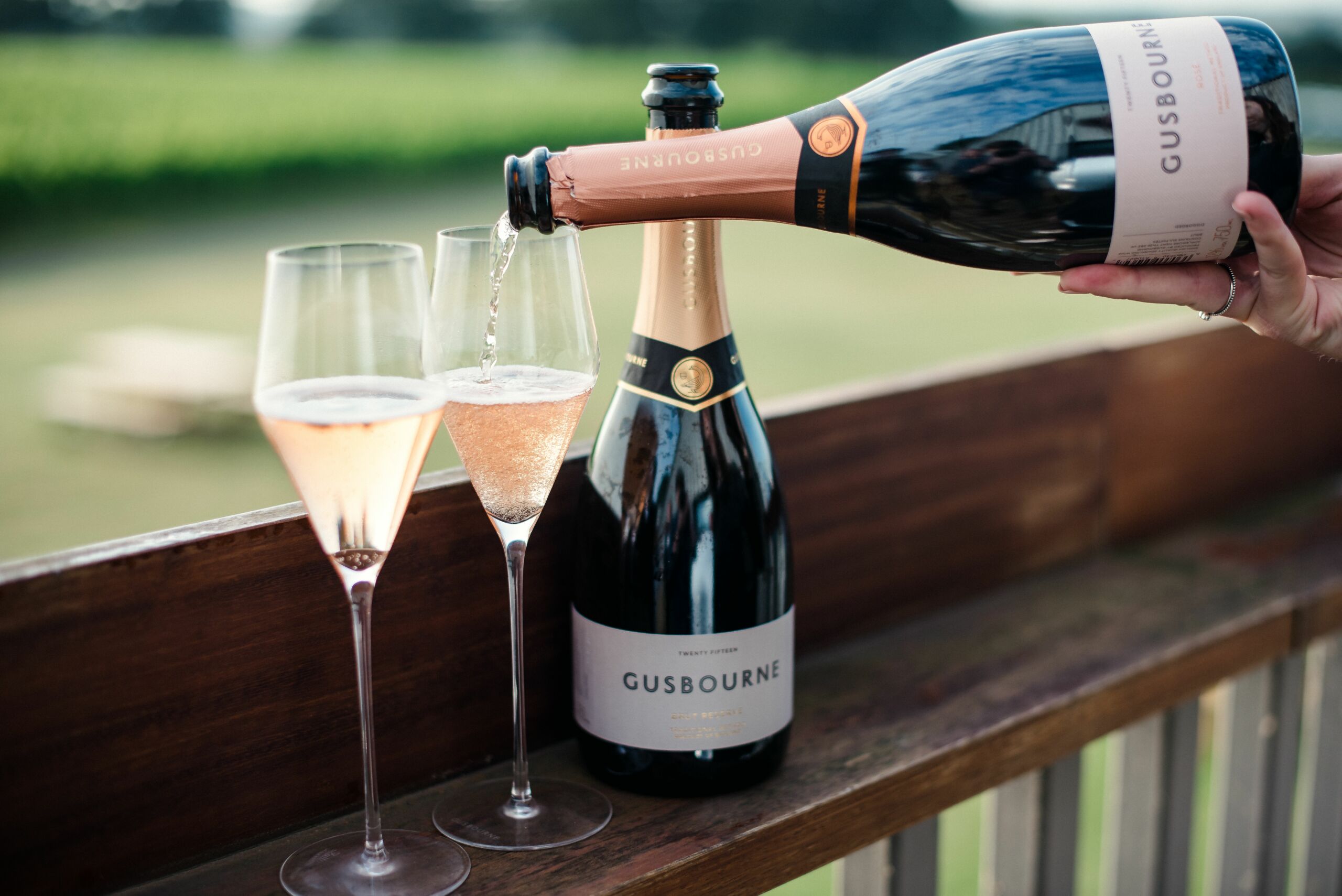 What differentiates English sparkling wine from that of our European neighbours, or even wines from across the pond?

What makes a good sparkling wine?

There are a few common key indicators of a high-quality sparkling wine.

The first is that it’s been made using the traditional method. This means it has undergone a secondary fermentation in the bottle it is sold in – this is what creates the sparkle. It is the most labour-intensive and time-consuming method of creating sparkling wine, but the results speak for itself. It’s the technique most strongly associated with premium sparkling wines and is used in the production of both English sparkling wines and champagne.
The second point is ensuring high natural acidity. This is important for creating a balanced, elegant profile and giving the wine a refreshing character.

The last ingredient is lees ageing, where the wines are laid down to age following the secondary fermentation. After the second fermentation, a sediment of lees forms in the bottle, which imparts flavours of biscuit, brioche, and toast, enhancing the flavour and textural complexity of the wine. The longer lees ageing is carried out, the more pronounced this character becomes. It is also a hallmark of Gusbourne’s wines, which have all undergone extended lees ageing.

Could you take us through a selection of your products available in Japan?

The following three English sparkling wines from Gusbourne are currently available in Japan.

The first is the 2015 Gusbourne Blanc de Blancs. This is 100% Chardonnay and is the purest expression of the grape variety. It has a very elegant style with the apple and orchard fruit mentioned before, and great precision and minerality. It’s a great place to start if you are looking to taste an English sparkling wine for the first time.

Secondly, we have the 2015 Gusbourne Rosé. It has a soft, fresh, and red fruit character, is very elegant and can be drunk year-round, but in my mind it is the perfect complement to a sunny afternoon in spring or early summer.

Last but not least, we have the 2016 Gusbourne Brut Reserve. It is a 3-varietal blend of Chardonnay, Pinot Noir and Pinot Meunier, the 3 grape varieties used in Champagne. The Pinot Noir and Pinot Meunier add a softer fruit character, making the wine fuller and rounder, while the Chardonnay adds elegance and freshness – fitting for any occasion but particularly great for festive celebrations. 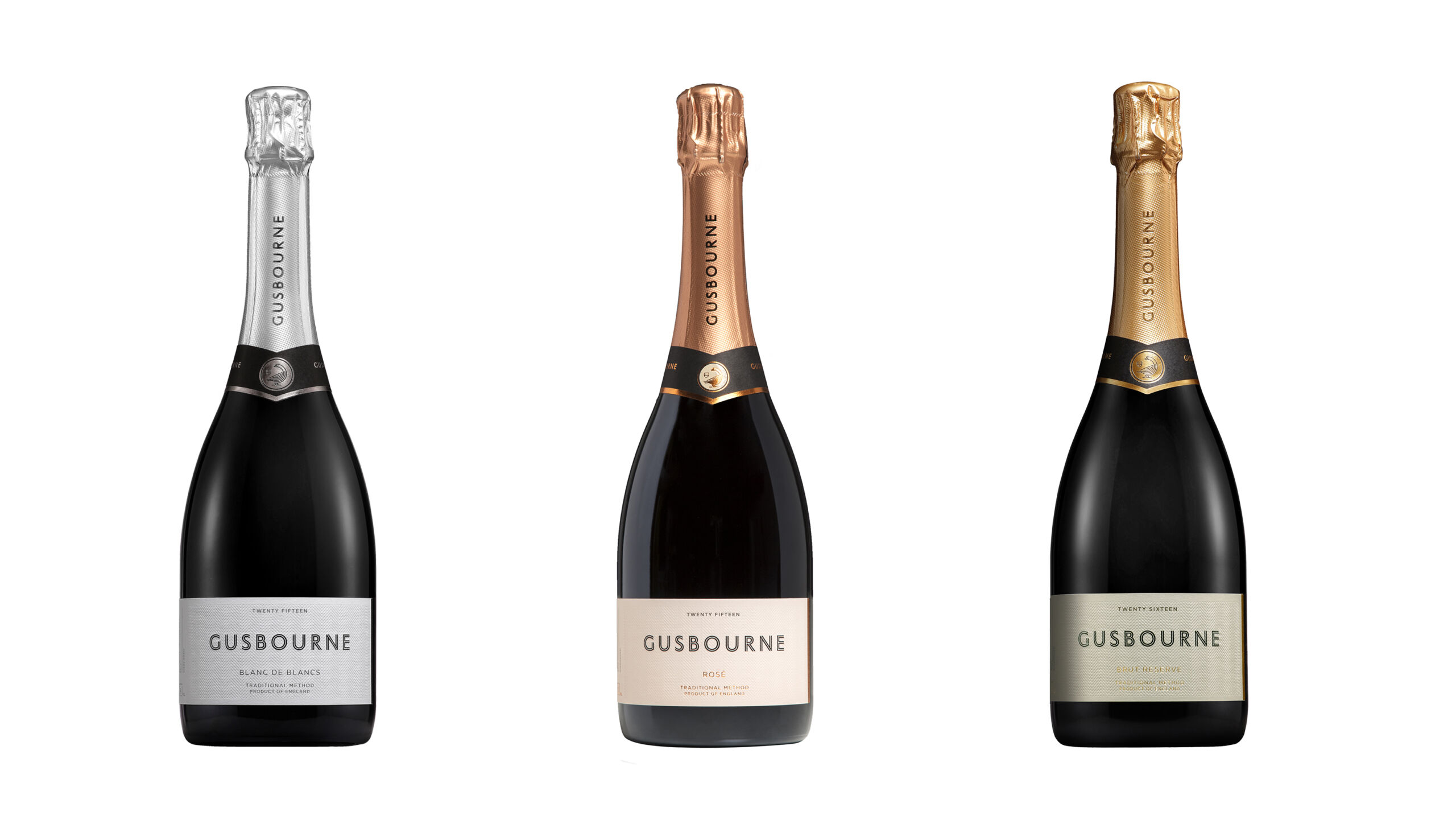 Which of those three would you say is your favourite?

Hard to choose, but I would go with the 2015 Blanc de Blancs, for the classic English Sparkling Wine experience. Refreshing, pure and absolutely delicious.

How should sparkling wine be best enjoyed?

English sparkling wine is perfect for celebratory occasions or drinking as an aperitif, and pairs fantastically with food too. I would serve the 2015 Blanc de Blancs with oysters, lemon sole with beurre blanc sauce, or sushi. The 2015 Rosé could be paired with tuna or salmon sashimi or with seared salmon and baked fennel. The 2016 Brut Reserve would pair well with lobster thermidor, dressed crab or, if you want to be very British about it, fish and chips.

What does the future of English sparkling wine look like? And is it ripe for success in the Japanese market?

It’s a very dynamic industry and definitely one to watch – it will be exciting to see where English sparkling goes next. I would encourage anyone who hasn’t yet had the opportunity to taste some English sparkling wines now and keep an eye as the offerings change and develop.

In terms of success in the Japanese market, Japan is the 3rd largest export market for Champagne, which shows there is incredible demand for sparkling wines of the highest quality. In my mind, there is no doubt that English Sparkling Wine can meet the demands of the Japanese market and satisfy the needs of consumers in Japan. 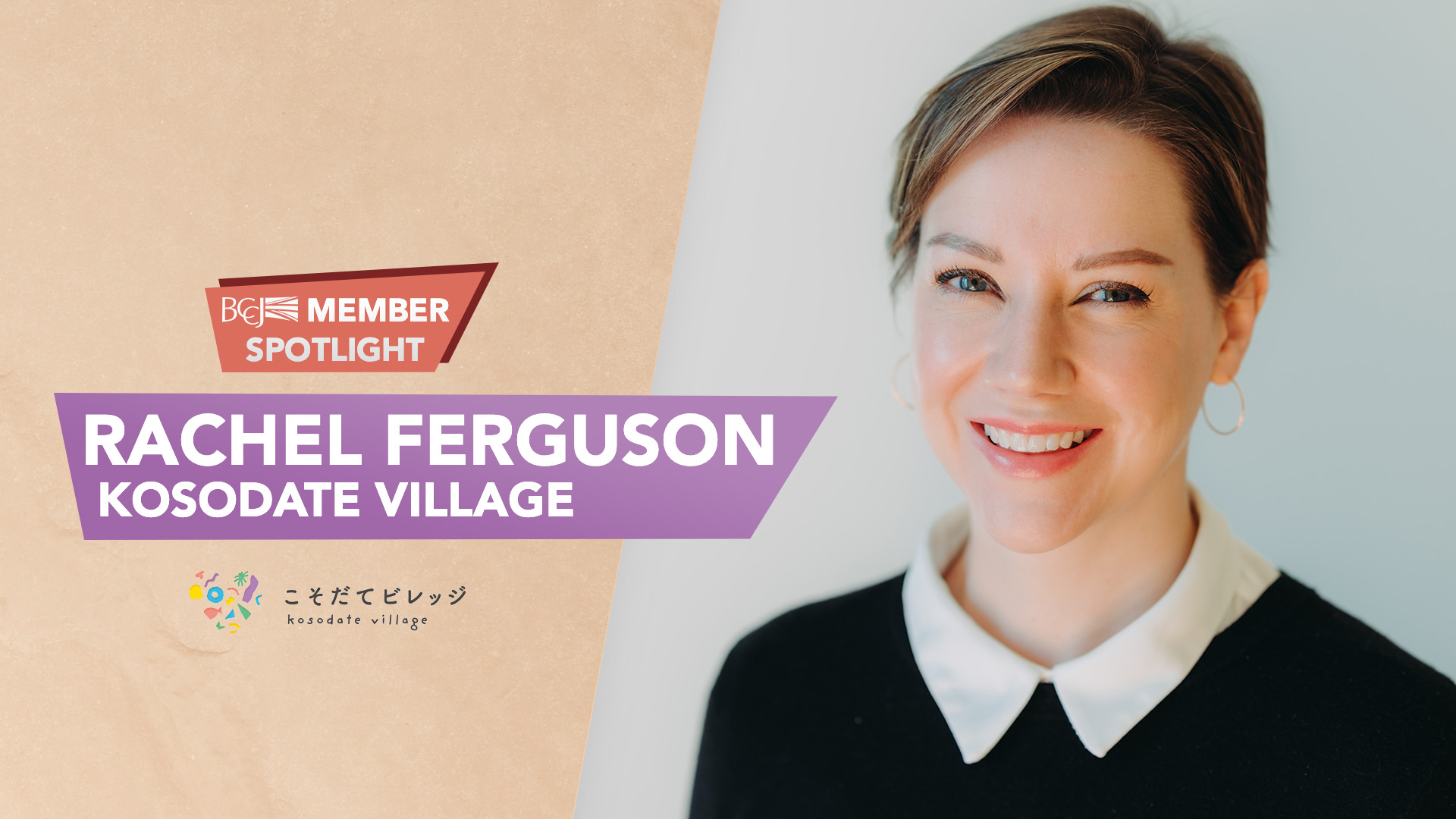 Thank you for having me. I moved to Japan from Scotland in 2005 and worked as an English teacher, TV ...