Last week, neighbourhoods across the UK and around the world rejoiced in celebrations marking Queen Elizabeth II’s Platinum Jubilee after 70-years of service. Joining in with festivities, Japan too has seen a number of events taking place across the country, from Jubilee’d up pub menus, to British comedy nights and social events.

Joining in with the Jubilee celebrations, the Chamber hosted BCCJ Jubilee Day on June 4 at the British School in Tokyo’s Nagasawa Sports Ground, Kanagawa. Blessed by one of the last days of sunshine before the rainy season sets in and sweeps upward through Japan, the event consisted of British food & drink, cricket, prizes, surprises and more bunting than you could shake a royal cane at. Batting off the day, The British Embassy Cricket Club (BECC) and Lions Cricket led a morning cricket taster session, soon followed by a 6-a-side cricket competition won in emphatic style by Team White (Robert Walters Japan). Our special thanks to our excellent BECC and Lions Cricket volunteers, and to Ken, Alex and the team at Vranken Pommery for sponsoring a very well-received bottle of Traditional Method England Sparkling Wine to each of the winners.

In the clubhouse, we were joined by friends, families, colleagues and vendors serving up a number of British delights… 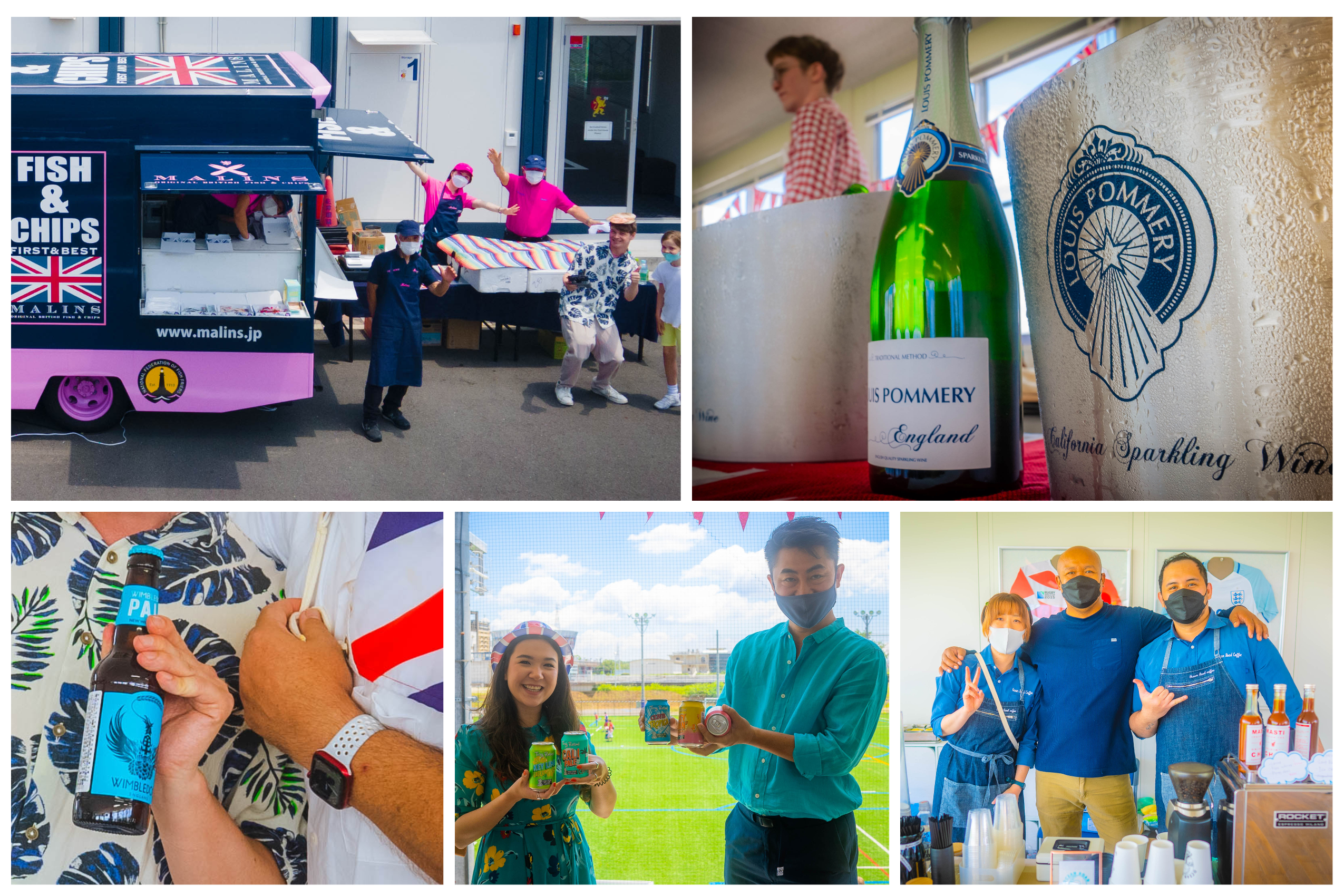 Our tremendous thanks to all the vendors for getting involved and helping mark this special occasion. We would also like to thank Tiny Rebel for sponsoring the prize of Best Dressed Guest, won by the cape-draped Mark Dytham MBE.

We would once again like to offer our thanks to everyone who joined in the celebrations, whether that be as a vendor, volunteer, guest or sponsor!